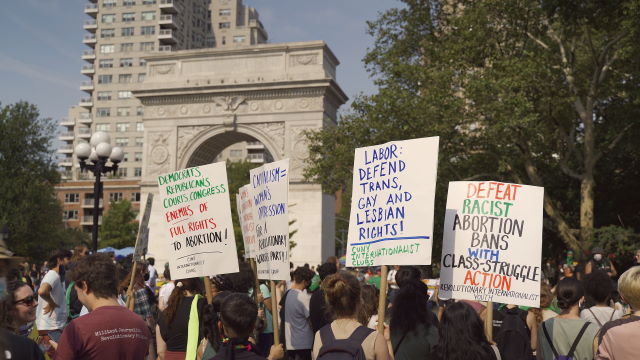 Population Services International, DKT International, and Adam & Eve reveal how the population control movement has changed since the 1960s yet remains fundamentally the same. This network promotes local health and sanitation right alongside prostitution and birth control to encourage sex without procreation on a massive scale. It discourages large families and—like any product of the Sexual Revolution—imposes a Western, libertine vision of consequence-free sex upon poor nations. Add to that an obsession with mass abortion and the bizarre, sex-fueled circle is complete.

Marie Stopes International (MSI) performed at least 30 million abortions between 2015 and 2020. Next to Planned Parenthood, MSI is one of the largest abortion providers in the world, yet it’s practically unknown in the United States.

Nearly half of the countries in which it operates are in Africa, where abortion is largely illegal—not that the group’s leadership apparently cares.

MSI was banned from Zambia in 2012 for carrying out 490 illegal abortions. In Uganda, a former MSI staffer has alleged that MSI performs illegal abortions under the cover of merely supplying women with birth control. The pro-life group Human Life International has also recorded instances of MSI carrying out unlawful abortions in Tanzania. And in 2007, journalists recorded the head of MSI’s South African chapter boasting before a British conference that “we do illegal abortions all over the world.”

In Kenya—Harvey and Black’s first birth control target—the government barred MSI from offering abortion services, since the national constitution stipulates that “the life of a person begins at conception.” Nevertheless, in 2020 police caught the local MSI clinic pitching the decomposing corpses of 10 babies that it had illegally aborted into a dumpster. They later arrested two unregistered medical practitioners for allegedly performing illegal abortions in the group’s Nairobi facility, which they soon shut down.

Undoubtedly these activists see themselves as heroes defying unjust laws. Yet African pro-life groups view them as Western colonizers “determined to wipe out the poor races of the world,” hardly a stretch given Marie Stopes’s own view of the masses “unfit” to have children.

MSI may give Africans the cold shoulder, but it wouldn’t dare offend Black Lives Matter. In 2020 the group rebranded as “MSI Reproductive Choices” during the ongoing Black Lives Matter summer riots in order to distance itself from its namesake and her support for eugenics. Keeping Marie Stopes’ initials changes nothing about its history. (Amusingly, “MSI” is also the acronym of Benito Mussolini’s Italian Fascist party.)

Either way, MSI is bankrolled by American and British taxpayers. USAID has funneled $187 million to MSI and its African affiliates since 2010 to support “family planning” campaigns, spending, which continued under President Trump since all of the commitments were locked in by the Obama administration. Britain’s equivalent to USAID—the Foreign, Commonwealth, and Development Office—has granted $455 million to MSI since 2009.

The group attacked Trump for reinstating the Mexico City Policy—what the Left calls the “Global Gag Rule”—a policy banning nongovernmental organizations from using federal funds “to pay for the performance of abortions as a method of family planning, or to motivate or coerce any person to practice abortions.” Under Trump, MSI-US complained that the Mexico City Policy cost the group “$30 million in annual USAID funding,” or $120 million “over Trump’s full term”—funds that would have been used to perform an estimated 7.8 million abortions. Last year MSI-US endorsed the Democrats’ radical Global HER Act, which promises to codify federal funding of abortions overseas—“permanently repeal[ing]” the Mexico City Policy. Biden rescinded the ban eight days after taking office.

MSI-US, the organization’s American 501(c)(3) affiliate, also serves as a conduit for shifting foundation money to the mothership in Britain. Between 2002 and 2020, MSI-US redistributed $655 million—97 percent of its income—to Marie Stopes International in London from the Buffett, Gates, Packard, and Hewlett Foundations. Warren Buffett alone supplied a whopping 88 percent of MSI-US’s income between 2009 and 2020 (that’s $508 million) and three-quarters of its revenues in 2020 alone.

Many on the Left consider tax exemption a government subsidy. By their logic, that’s a lot of taxpayer funding for abortion.

For years, Marie Stopes International has been caught performing hundreds of “botched abortions.” In 2021, MSI’s Australian branch admitted that 1 in 20 women retain fragments of the baby and/or placenta in their uterus following an MSI abortion. In 2016 the British government reported over 2,600 “serious incidents” at MSI clinics in Britain, the results of failing to follow “basic safety procedures.” In 2017, government inspectors discovered that Marie Stopes staff were “encouraged” to suggest patients undergo abortions because it was “linked to their performance bonuses,” a feature the inspectors called the group’s “cattle market culture.” A year later, it was discovered that female MSI staffers were paid 45 percent less than their male counterparts.

Marie Stopes doctors reportedly pressured female patients as young as 16 years old to undergo abortions, often ignoring or bulk-signing the pre-consent forms required by British law to ensure that women understand the consequences of aborting their babies. (MSI has denied wrongdoing.) One woman with learning disabilities was reportedly “allowed to have an abortion without fully understanding the procedure or consequences,” the Daily Mail reported, “She arrived alone at the clinic in Sandwell, West Midlands, and became distressed just before the procedure. Doctors went ahead anyway—despite not clearly explaining the procedure—and spoke to her ‘insensitively.’”

In the next installment, the battle lines over abortion are shifting around the world, but the Left continues to underwrite Abortion Inc. with billions of dollars annually.