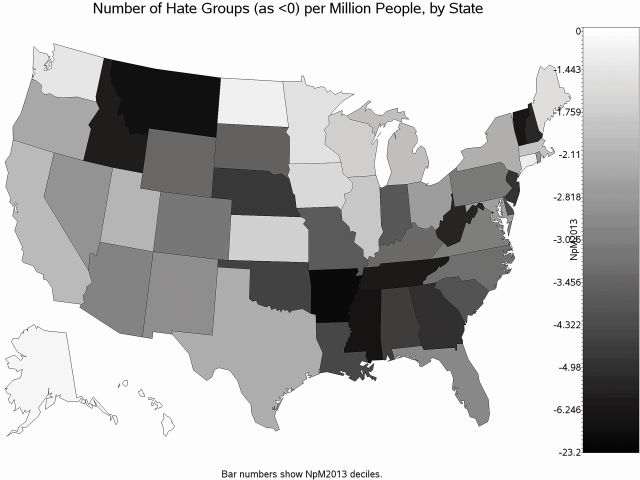 “Hate Is Not Charitable”

In mid-2019, the pass-through launched an aggressive campaign to curb donations to conservative, libertarian, and right-leaning nonprofits by labeling them “hate groups.” The Hate Is Not Charitable campaign was a classic smear campaign: By using questionable data from the discredited and ideologically motivated Southern Poverty Law Center (SPLC), the campaign could paint mainstream organizations such as the Alliance Defending Freedom, Family Research Council, and Proclaiming Justice to the Nations (which was subsequently removed from the SPLC’s “hate” list) as spreading “hatred” alongside more fringe groups.

Suddenly any organization supporting the traditional definition of marriage could be labeled “anti-LGBT,” while groups advocating for lower net immigration to the United States could be called “anti-immigrant” or “anti-Muslim.”

But the point was never about carefully distinguishing between mainstream conservative groups and extremists, but rather cutting off the former from using large DAF providers to raise money—like Amalgamated Charitable and countless left-wing advocacy groups do.

Hate Is Not Charitable aims to pressure Fidelity Charitable Gift Fund, Schwab Charitable Fund, and Vanguard Charitable—some of the top DAF providers in the country—to bar donors from specifying grants to any group the SPLC and Amalgamated deem extreme, regardless of the truth of their accusations.

While it ultimately fell short of its final goal, the campaign got a shot in the arm in February 2021 when it launched the “Democracy Reinvestment Fund” with the goal of redirecting funds withheld by corporations from the campaigns of any member of Congress who voted against certifying state results in the 2020 election or “supported the insurrectionists who breached the Capitol on January 6”—naturally, all Republicans.

Amalgamated’s goal is to mop up the funds which normally would’ve supported those politicians’ campaigns and use them to push an agenda of climate change action, “racial justice,” “democracy reform,” voter registration and turnout, and sweeping campaign finance changes.

Amalgamated Bank is also heavily involved in environmental, social, and corporate governance (ESG) activism. The idea behind ESG is to insert non-financial (and often political) standards into corporate operations, influencing business decisions for ideological purposes. Proponents usually identify their goal as creating a more “inclusive” form of capitalism that advocates for “social justice,” climate change policies, and other political causes.

Amalgamated’s parent holding company Amalgamated Financial Corp. on being “the first publicly traded, ESG-focused bank.” This means Amalgamated actively employs often-political ESG considerations in its operations. Indeed, the bank is explicit with its promise: “When you deposit your money at Amalgamated, it supports sustainable organizations, progressive causes, and social justice.”

Critics often decry corporate involvement in divisive ESG issues as “woke capitalism,” and Amalgamated’s forays into this field span the breadth of the American sociopolitical landscape. Its statements on “Issues We Care About” read more like those of a Democratic candidate for office than a traditional financial institution. That is no coincidence. “We do a nice national business banking the Democratic Party,” Amalgamated’s former president and CEO Keith Mestrich explained to Crain’s, which noted that Democratic campaigns and organizations paid Amalgamated more than $2 million in fees during the 2018 midterm election cycle.

The bank’s environmental activism, for example, is packaged as a broader initiative on “Climate Justice,” wherein it argues that “[t]he climate crisis must be urgently addressed with bold solutions centering on first and worst and by transitioning to a just, clean economy.” It refuses to lend to “fossil fuel” companies—the businesses that provide the vast majority of American primary energy consumption—while simultaneously funding $893 million worth of “Climate Protection” loans and investments just in 2020.

For retail investors who are so inclined, Amalgamated promotes a “100% Fossil Fuel Free Portfolio” containing only “rigorously screened” mutual funds and exchange-traded funds that have received a “perfect badge score for fossil fuel divestment” and for other ESG practices.

Social factors encompass many different issues. Amalgamated refuses to do business with organizations “that impede workers’ rights” or that “do not support the just, fair, and equitable treatment of the BIPOC community,” in addition to private prison operators, payday lenders, and manufacturers or distributors of firearms and ammunition. It also works extensively with Planned Parenthood and its affiliates, even serving as a founding member of the federation’s corporate advisory board.

The governance prong of ESG typically refers to factors related to a company’s structure and operation. Amalgamated is organized as a public benefit corporation, and its corporate organization certificate specifically includes language prioritizing social and environmental factors alongside financial returns for shareholders. It lists “racial justice and equity” among the “core tenets of our corporate vision and values” and was the “[f]irst bank to add LGBTQ+ to the definition of board diversity for shareholder voting standards.”

In the next installment, Amalgamated Bank and its union clients have engaged in extensive shareholder activism to push left-of-center policies.