Embarrassment about SPLC Should be Shared by Others 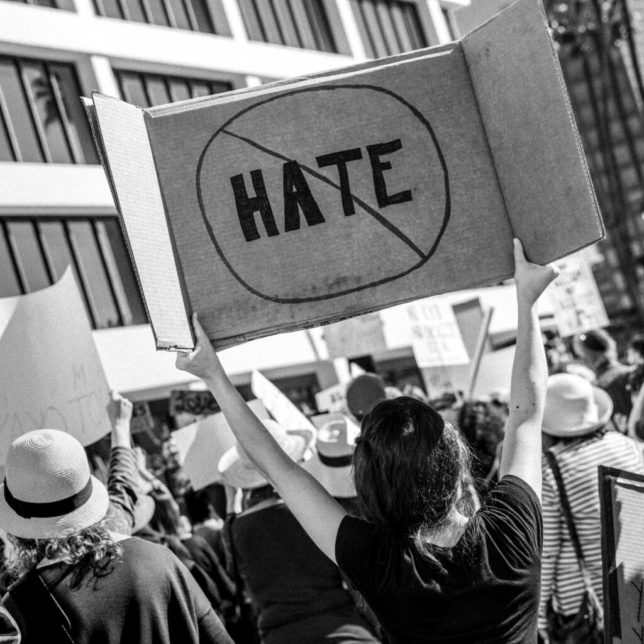 This article originally appeared in Philanthropy Daily on June 4, 2019.

Only after the Southern Poverty Law Center (SPLC) fired its founder Morris Dees and publicly admitted that he mistreated people—reportedly on the basis of race and sex—did most of the nonprofit community dare to critique SPLC.

For years, some critics have expressed serious concerns about the attention-getting “anti-hate” nonprofit. From concerns about its liberal use of the term “hate group” to describe socially conservative nonprofits, to its unorthodox financial practices, to its hyperbolic fundraising tactics, however, many turned a blind eye.

More than a few former SPLC employees and journalists from the Montgomery Advertiser report that SPLC’s longtime tacit acceptance of Dees’ behavior was something of an open secret. The embarrassment has rightly brought increased scrutiny to SPLC. But pillars of establishment philanthropy—including GuideStar and Charity Navigator—should also be embarrassed by, and subject to increased scrutiny because of, what went on at SPLC and their reactions to it. These supposedly neutral philanthropic institutions emboldened others like the Amalgamated Foundation’s newest push to silence conservative philanthropy.

Back in June 2017, the online charity profiler GuideStar announced that it was going to include SPLC’s discredited “hate-group” designation on the profiles of 46 conservative nonprofit organizations, most of which take socially conservative positions on the definition of marriage. Dees had successfully been using the unfair “hate-group” label to raise a lot of money for SPLC. To put it, ahem, charitably, SPLC seemed to place successful fundraising on a higher plane of importance than living up to its founding principles.

GuideStar is a self-described “neutral” repository of data on more than two million charities. It’s supposed to help donors make better-informed funding decisions by allowing them to more carefully vet nonprofit groups. It seems no vetting was applied to SPLC in this case, or its open secrets were totally missed, or worse, completely ignored.

Only after GuideStar drew harsh criticism—and threats of litigation—from conservative groups did it reverse the usage of SPLC’s unfair “hate-group” label.

Charity Navigator actually rates nonprofits itself, on the basis of a four-star system. It gives out stars for meeting certain financial and transparency benchmarks. SPLC has enjoyed an overall three-star rating, even though it had off-shore masses of wealth and dubious fundraising. (Numerically, Charity Navigator gives SPLC an 88.78 score out of 100.) Again, as with GuideStar, it sure seems as if some red flags about SPLC were missed or ignored.

As a result, just a couple of months ago, the SEIU-affiliated Amalgamated Foundation launched its “Hate is Not Charitable Campaign,” urging the providers of donor-advised funds (DAFs) to cease facilitating donations to some groups listed on the SPLC’s hate map. DAF providers allow donors to open and deposit money into accounts, out of which they can advise donations to qualifying nonprofit groups.

“Policies and procedures that screen out hate groups should become a standard part of charitable due diligence” by DAF providers, according to the campaign. “We call upon donor advised fund providers to exercise their legal discretion over grants made by donor advised funds and reject donor recommendations to organizations engaged in hateful activities.”

Amalgamated is a DAF provider itself. According to Amalgamated’s own policy, “the Foundation may consult resources such as Southern Poverty Law Center” and others “to identify and update information regarding potentially hateful activities.” Amalgamated is essentially advocating for some of the largest charities in the country, such as the Fidelity and Vanguard donor-advised funds, to ignore donor intent in the service of the discredited SPLC’s political agenda.

As part of its own due diligence, of course, Amalgamated should cease to rely on SPLC as an authority.

For its part, GuideStar announced last February that it will be merging with the Foundation Center. The merged entity will be called Candid. Maybe Candid will do a better job of compiling and offering objective data for donors’ vetting.

In the meantime, some of the embarrassment surrounding SPLC should definitely be shared by—and some scrutiny should be brought to bear on—GuideStar, including in its new Candid iteration, Charity Navigator, and the Amalgamated Foundation.