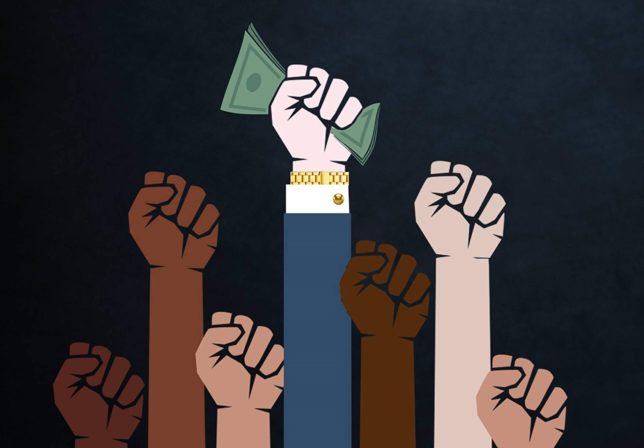 Those wishing to understand the currents pushing the swell of liberal sociopolitical activism by American big business—“woke capitalism”—should read Vivek Ramaswamy’s new book Woke, Inc. As the author puts it, “I know how the elite business world works—and elite academia and philanthropy too—because I’ve seen it firsthand.” Woke, Inc. explores the many manifestations of this phenomenon, details its harmful effects on both capitalism and democracy, and offers ideas on how to mitigate these effects. 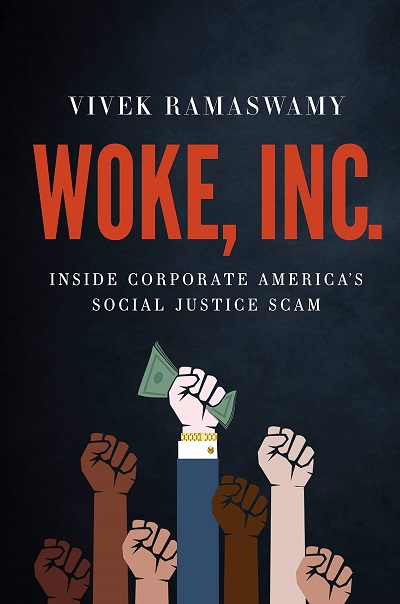 The Problem of Woke Capitalism

While Woke, Inc. delves into recent and specific examples that are probably familiar to many readers, a broader takeaway from the book is this: Woke capitalism mixes (often quite cynically) two pillars of America’s national ethos—democracy and capitalism—and leaves both the worse off for it. “As Americans,” Ramaswamy writes, “we now need to separate the powers of capitalism from the workings of democracy. To keep them alive, we need to keep them apart.”

Corporations are immensely powerful. We have allowed them to become so because, generally speaking, the benefits derived from the free-market capitalism they embody are so profound. However, Ramaswamy argues that this power, if it exceeds critical constraints, can damage our social fabric. He likens this fearful potential to Frankenstein’s monster, writing that the reason we “keep the monster trapped in the cage of capitalism” is because, if it were unleashed upon the civic institutions of our democracy, it “would exercise more power than any business or person ever should.”

That is fundamentally what our country is experiencing with woke capitalism, according to Ramaswamy. Corporate power is being shoehorned into areas where it cannot and should not tread. He writes, “As a society we should allow and even embrace the corporate pursuit of financial self-interest above all. The only thing we should ask in return is this: keep it naked, instead of dressing it up as altruism.” Our societal values are properly implemented through our democratic and civic institutions, not “corporate chieftains who are really just trying to make a buck and accrue more power.”

What We Can Do

Woke, Inc. offers a number of potential ways to address these problems. Several are novel and unlikely to have been encountered by many readers, especially in the level of detail provided.

The book discusses proposals about the scope of corporate limited liability, as well as the role that Section 230 of the Communications Decency Act of 1996 plays in facilitating social media censorship. It presents some interesting thoughts on the applicability of Title VII of the Civil Rights Act of 1964 to political beliefs in the workplace context.

Ramaswamy also lays out a concept he calls “critical diversity theory,” which is meant to replace the dominant and flawed method of measuring human diversity solely through superficial characteristics. Rather, critical diversity theory focuses on the deeper diversity of thought and experiences that truly make people individuals. This sort of diversity, in the author’s experience, is what adds real value to an organization and to society as a whole.

A Proposal for Mandatory Civic Service

Although Ramaswamy puts forth a number of interesting ideas for readers to consider, one merits some additional comment—namely, his proposal for mandatory and universal civic service by high school students during summer break.

In Ramaswamy’s view, “[t]he roots of woke capitalism begin with how we’re accultured to think about the notion of service, starting from a young age.” Because service is too often mixed up with an ulterior motive (padding a resume, for instance), woke capitalism has grown to fill the resultant void. “[R]ooted in a guilt complex for never genuinely having helped other people,” it serves as a way to “legitimize and whitewash the naked self-interested pursuit of profits and power” by corporate America.

Compounding matters is that Americans increasingly lack a shared identity. Thus, we focus on “unshared” identities that serve to polarize and divide. A program of mandatory national service could give young men and women a collective “shared purpose and experience,” insulating them from later obsessions over their differences (among other benefits), according to Ramaswamy.

The idea is controversial. One poll from 2017 found that Americans were closely split on the idea of a mandatory year of military or civic service. Interestingly, that poll found markedly higher support among self-identified Republicans than among Democrats. To be sure, Ramaswamy acknowledges that it wouldn’t be easy to accomplish.

Setting aside objections some might raise to the idea itself, it is perhaps worth briefly exploring the specifics. In 2019, the Capital Research Center (CRC) wrote of the federal government’s current national service apparatus, represented most notably by AmeriCorps. It operates by making grants to organizations that host and implement service programs for participants. CRC noted some of the financial and other problems that have bedeviled the Corporation for National and Community Service (CNCS), the agency charged with overseeing these programs.

In making their case for mandatory national service, advocates like Ramaswamy might consider an alternative to the current organization-focused AmeriCorps model. Former CNCS chief executive officer Leslie Lenkowsky has been arguing for an individual-focused model for at least 20 years. Under a version of this framework, participants could receive a voucher directly from the government, which they could then redeem at any appropriate organization willing to host their service.

This could encourage a number of positive outcomes. The federal government wouldn’t be involved in deciding which charities to support, a concern for many conservatives in an era of increasingly politicized nonprofit activism. Participants could redeem their vouchers at local community-based groups that are important to them personally, resulting in a better experience for the volunteer and a much wider range of beneficiaries of their service. One could envision meaningful local service opportunities at the volunteer’s neighborhood church, the animal shelter where he or she adopted their childhood dog, or the nursing home that cared for an aging relative.

Woke, Inc. is well worth reading for any American concerned by the politicization of business and interested in learning more about the mechanics driving it. The book’s strength lies in its adherence to two features that are common to most good public commentary. First, it takes something that readers instinctively feel—in this case, that sociopolitical activism by big business is bad for America—and articulates this intuition with clear explanations and examples. Second, it makes an earnest effort to offer real solutions and find common ground, rather than simply pointing out problems. Our contemporary discourse could certainly use more of that.