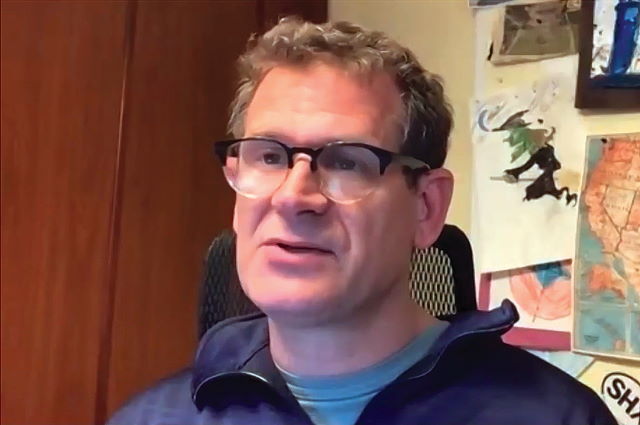 ESG activism can also extend beyond an organization’s own practices and investment decisions. Shareholders in publicly traded companies can attempt to leverage their position to pressure those companies into adopting left-of-center ESG policies, often on issues that are clearly political in nature. Amalgamated Bank and its union clients have been extensively involved in this sort of shareholder activism.

In 2018, for example, the bank wrote a letter to major firearms manufacturer Sturm, Ruger & Company—a public company in which the bank claimed to control “significant” stock—threatening to withhold its support for a particular board member unless Ruger committed to various actions recommended by the gun control advocacy group Everytown for Gun Safety.

The particular Ruger board member also happened to be a former president of the National Rifle Association, and Amalgamated even went so far as to suggest that having an officer from a major gun rights advocacy group sitting as a director for one of America’s largest gun manufacturers somehow represented “a potentially significant conflict of interest” for Ruger.

Shareholder resolutions—formal proposals submitted to corporate management, to be voted on by other shareholders at the company’s annual meeting—are another vehicle through which ESG activists can attempt to harness public companies to further their sociopolitical priorities. These resolutions can put pressure on management (even if they fail), and sometimes a company will seek to preempt a contentious vote by negotiating with the shareholder activist beforehand.

Left-of-center ESG shareholder resolutions are comprehensively chronicled every year by As You Sow, perhaps the country’s most prominent shareholder activist nonprofit. The Chicago Tribune has called its annual Proxy Preview the “Bible for socially progressive foundations, religious groups, pension funds, and tax-exempt organizations.” It details hundreds of ESG shareholder resolutions filed every year by a slew of activist groups.

Amalgamated Bank has frequently appeared in past Proxy Previews. It was acknowledged as one of the proponents that “made [the Proxy Preview] possible” each year from 2016 through 2019, and the 2017 issue featured commentary from the bank’s First Vice President and Chief Sustainability Officer Ivan Frishberg, a career environmental activist. Over the years, Amalgamated has filed resolutions with major corporations like Amazon, Lowe’s, PayPal, Netflix, and Smith & Wesson, on everything from board diversity to greenhouse gas emissions to political spending and lobbying.

Labor unions affiliated with the bank are also highly active in this area. Although it is now a public company, Amalgamated’s largest shareholder with approximately 40 percent ownership stake is still Workers United, a labor union affiliated with the SEIU. The SEIU is in turn a member of the Change to Win labor federation.

The 2021 Proxy Preview identifies 16 different shareholder resolutions that were submitted either by the SEIU or Change to Win. One campaign conducted jointly by both involved filing resolutions with eight major banks seeking a “racial equity audit that identifies, prioritizes, and remedies the adverse impacts of the bank’s policies and practices on non-white stakeholders and communities of color.” The resolutions asked each bank to assess its behavior “through a racial equity lens” and to identify the ways in which each contributed to systemic racism.

Amalgamated’s other union clients also filed numerous resolutions in 2021, according to the Proxy Preview. The AFL-CIO filed eight proposals on employee and board diversity. The International Brotherhood of Teamsters filed seven on political spending and lobbying. An article written by a corporate governance analyst from the American Federation of State, County and Municipal Employees, calling for companies “to disclose lobbying funded by dark money contributions,” was also featured in the Proxy Preview.

Labor’s Bank of the Left

Amalgamated Bank’s origins and operations are a prime example of the lock-step relationship between much of organized labor and the broader American liberal-left. It stands out not only for the traditional financial services it provides to liberal political interests, but also for how it has embraced philanthropy in order to further those interests, and how it has become the country’s only publicly traded ESG-focused bank. Indeed, Labor’s Bank of the Left is seen “to have little competition . . . in the world of progressive politics.”