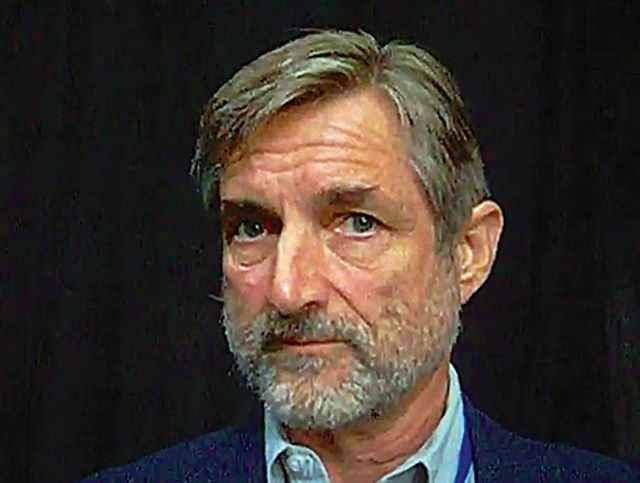 Drummond Pike was a longtime board member of the Environmental Working Group, which has been criticized for exaggerating health risks from pesticides and in 1999 published a report falsely alleging a link between autism and vaccines. Credit: RENACERCHANNEL. License: https://bit.ly/33HMsBt.
by Hayden Ludwig

This pillar of the Left is a “dark money” behemoth unmatched by many leading pass-throughs on the political right. In 2017, for instance, Tides poured out $254 million in expenditures; DonorsTrust, a prominent conservative pass-through, paid out $113 million that year. There are bigger funders out there, but few have shaped nonprofit activism like Tides.

Tides now encompasses eight separate but closely aligned groups collectively called the Tides Nexus. The Tides Nexus is like a body: Each limb plays a distinct role in support of the others, and a central “brain” coordinates the entire operation. It’s this wide array of services that is Tides’s real value to the Left as a one-stop shop for politically minded donors.

Like so many major activist groups, the Tides Foundation has its origins in the 1970s, a decade that gave rise to the Left’s organized political nonprofits. Drummond Pike began his activist career in the early 1970s as executive director of the Youth Project, a now-defunct project of the Center for Community Change, which still advocates for a bevy of left-wing policies today. Little information remains about the Youth Project, which existed from 1970 to 1984, although it seems to have served as a gateway for many future key activists, judging by past staffers:

Drummond Pike. Drummond Pike retired from leading the Tides Nexus of organizations in 2011 to join Equilibrium Capital LLC, a for-profit investment company that emphasizes environmental “sustainability.” He left Equilibrium in 2014 to advise Ultra Capital LLC, which invests in “sustainable infrastructure projects in the water, waste, energy and agriculture sectors.” From 2013 to 2016 Pike was a board member for Growstone, a “green” technology firm that uses recycled glass to manufacture soil mixes and “green roof” products. In 2017, he became board chair of Good Planet Laboratories, which makes similar products. Since 2010, Pike has also owned a three-acre vineyard growing Cabernet Sauvignon grapes in California’s Sonoma Valley, north of San Francisco. Left-wing activism pays.

The Youth Project. The Youth Project was co-founded by the late activists Lenny Conway and Richard “Dick” Boone, founder of the left-leaning Center on Budget on Policy Priorities, a Saul Alinsky associate, and director of the Community Action Program in the Office of Economic Opportunity for the Johnson administration. Pike later described the Youth Project in 2019:

Edgy, focused on low- and moderate-income communities, it drew inspiration from both the [Saul] Alinsky organizing tradition and from the more recent National Welfare Rights Organization, but had ambitions more akin to the farm labor organizing in the upper Midwest during the early part of the twentieth century.

More importantly, the Youth Project had a unique strategy for channeling donations from young people with inherited wealth into left-wing activism, a model that Pike ultimately adapted for the basis of the Tides Foundation. In 1976, Pike became director of the newly formed Shalan Foundation in San Francisco, a “social justice” funder that closed in 1993. According to multiple reports, Pike was soon approached by a wealthy New Mexico couple interested in making anonymous donations to an activist group, a request the Shalan Foundation could not accommodate.

Donor Anonymity. Ironically, the need for donor anonymity—what many liberals today deride as “dark money”—was the catalyst for the creation of the Tides Foundation later that year.

According to the New York Times, Jane Bagley Lehman—heiress to the R.J. Reynolds family tobacco fortune and president of the North Carolina–based Arca Foundation—moved to California in 1976, where she provided the seed capital for Pike’s new organization. Lehman served as chairwoman of Tides for 12 years until her death in 1988. Tides continues to give out an annual Jane Bagley Lehman Award to activists in her memory.

Tides is built around the use of donor-advised funds (DAFs), a kind of “charitable savings account” in which donors gift funds to grow in Tides’ investment accounts before advising Tides to pay out the funds in grants to other (typically left-wing) nonprofits.

DAFs have been in existence since 1931, when the New York Community Trust invented them as a means to incentivize philanthropists to give during their lifetimes by engaging them as advisors in the grantmaking process. But Pike is credited with popularizing DAFs among ideological (or “mission-driven”) nonprofits such as Tides and Donors Trust, something he now seems to regret.

In 2018, Pike wrote in the Chronicle of Philanthropy that he and some Tides colleagues “should share some of the blame” for the rapid growth in so-called commercial DAF providers—donor-advised funds held by 501(c)(3) public charities associated with for-profit investment firms such as Charles Schwab and Fidelity Investments. Pike believes that Tides’s success in the 1980s probably inspired the creation of the Fidelity Investments Charitable Gift Fund in 1991. Today, the fund is possibly the largest public charity in America, disbursing $7.3 billion in 2019.

“We borrowed a sleepy device [DAFs] deployed by community foundations to attract donors,” he wrote, normalizing that model with the IRS and laying the groundwork for other DAF-based organizations. Now he’s critical of their widespread use. “DAFs should be treated with rules mirroring those applied to private foundations: donor disclosure, the same limits on deductions for gifts of stock, and minimum annual payouts calculated on a fund-by-fund basis.”

In the next installment, see how Tides evolved into a “dark money” behemoth of the Left.