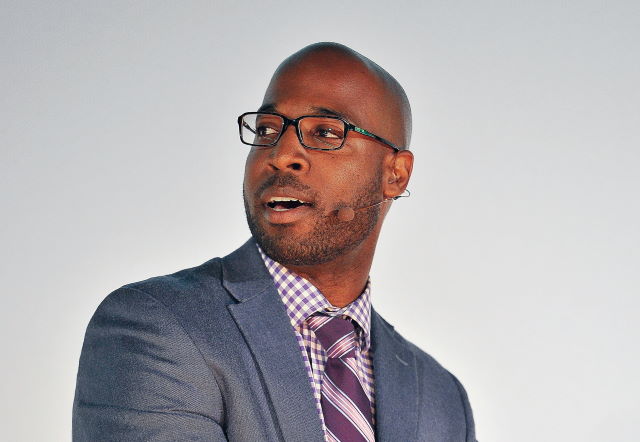 Tides Advocacy combines the pass-through and incubation efforts of the Tides Foundation and Tides Center in order to service 501(c)(4) groups, which are allowed to spend significantly more on lobbying and advocacy work than their 501(c)(3) counterparts.

Its board consists of Tides leadership and a few notables from the left-wing nonprofit world:

In 2018, Tides Advocacy reported total revenues of $40 million, including $39.3 million in grants from other groups. Few of Tides Advocacy’s donors are known, but the Tides Foundation paid its “sister” $13.5 million in 2018 (about 33 percent of its grant income that year) and $6.9 million in 2017. None of the 2018 grants identify what the funds were used for, but the Tides Foundation’s grant descriptions for 2017 do—standouts include:

Unlike its sister groups, few of Tides Advocacy’s projects are known (and many are relatively small), but they tend to be more radical than the Tides Center’s projects.

The Democracy Labs provides online “grassroots organizing” training for would-be activists and Democrats running for office. It publishes “story maps,” visual propaganda for use by campaigns, on every issue the opposing the Trump administration attempt to add a citizenship question to the 2020 Census to “environmental racism” and gun control. It’s allied with voter registration and campaign service groups such as Rock the Vote and Catalist. One of the group’s co-founders, Shareen Punian, is a Tides Advocacy board member; the other, Deepak Puri, is on the Tides Foundation’s board.

The Mass Liberation Project was created in 2019 and aims to “end mass incarceration and abolish the criminal legal system as we know it.” Its accomplishments are vague, but they’ve caught the eye of at least one liberal donor: Open Philanthropy, funded by Facebook co-founder Dustin Moskovitz, gifted it $600,000 in 2019 “to support work on training and organizing for prosecutor accountability.”

Community Justice Action Fund is a gun control group for “communities of color” led by the former advocacy director for Giffords, a gun control PAC named for former Rep. Gabby Giffords (D-AZ), who was shot in a failed assassination attempt in 2012. The group has its own “sister” at the Tides Center, Community Justice Reform Coalition. This pairing of a 501(c)(3) and a 501(c)(4) is common, especially among left-wing projects, since it allows each group to maximize its respective tax-deductibility and lobbying benefits of each IRS tax-exempt status.

Similarly, The Appeal is a website and Tides Advocacy project that criticizes law enforcement and existing criminal justice policy. The website criticized states’ handling of the Coronavirus, arguing that criminals should be released from incarceration to avoid getting infected with the virus. It has demanded free housing as a “human right” and echoed the far Left’s call to abolish ICE. The Appeal is closely affiliated with another Tides Center-Tides Advocacy project pair, the Justice Collaborative, which employs lawyers to file lawsuits on issues ranging from detention of illegal aliens on the Mexican border to providing “a government job to every person who wants one.”

Those funds were spent on “comprehensive immigration reform issues” (no bills are specified) in a period when many observers expected Democrats to fiercely pursue that issue in Congress. In 2010 alone, Sens. Chuck Schumer (D-NY) and Lindsey Graham (R-SC) authored a joint op-ed calling for bipartisan immigration reform. Arizona passed SB-1070, considered the strictest anti–illegal immigration law in the nation (soon endorsed by future presidential nominee Sen. John McCain). And Senate Majority Leader Harry Reid (D-NV) introduced the DREAM Act, offering citizenship to young illegal immigrants who attend college or join the military. (The passage of Obamacare in March 2010 arguably took the wind from the immigration reform camp’s sails and laid the groundwork for the Tea Party and Republican wave in the November midterms.)

RIFA changed hands from Tides Advocacy to the Center for Community Change Action (likely in early 2010), the 501(c)(4) advocacy arm of the group that founded Pike’s Youth Project in the 1970s, before finally disappearing in 2018. Only one RIFA donor is known: the Tides Foundation, which passed $204,000 in 2013 to the Center for Community Change for the project, the same year in which Congress debated the highly controversial Gang of Eight immigration reform bill. Where Tides’ money ultimately originated remains unknown.

In July 2020, CRC reported that the Black Lives Matter Global Network Foundation—one of the top Marxist-led groups in the Black Lives Matter (BLM) movement—had transferred ownership from a relatively unknown fiscal sponsor to the Tides Center. Like other Tides projects, the BLM Global Network Foundation is not a standalone nonprofit, and few of its donors can be identified. But CRC’s Robert Stilson traced grants to its original fiscal sponsor, Thousand Currents, from the NoVo Foundation, W.K. Kellogg Foundation, and Borealis Philanthropy—all left-wing standbys. Stilson also revealed that Thousand Currents’ board of directors included convicted domestic terrorist Susan Rosenberg, who served a 16-year sentence in federal prison for possession of 740 pounds of unstable dynamite stolen from a Texas construction firm in 1980. Within hours of this revelation, the webpage for Thousand Current’s board of directors was taken down. (Thousand Currents described Rosenberg as a “human and prisoner rights advocate.”)

While this transfer to the Tides Center reveals little of the BLM group’s internal workings and funders, it does confirm what early skeptics believed all along: Black Lives Matter is led by professional, Marxist activists. There’s simply no other reason to choose Tides unless your organization is made by the Left, for the Left.

In the decades since the creation of Tides, other “dark money” pass-through groups have been formed, built on what Drummond Pike pioneered. Groups such as NEO Philanthropy, the Proteus Fund, and Arabella Advisors have made pass-through funding ubiquitous, while conservatives and liberals alike have adopted donor-advised funds as an effective model for moving money into ideological nonprofits. Tides can surely take some credit for massively expanding the field of political nonprofits—now an industry worth hundreds of millions or perhaps billions of dollars and arguably more influential than the political parties. Despite this competition, Tides will likely remain a pillar of the political Left for years to come.

This article appeared in the October 2020 issue of Capital Research magazine.