The War on Plastic and Prosperity: Environmentally and Economically Dangerous 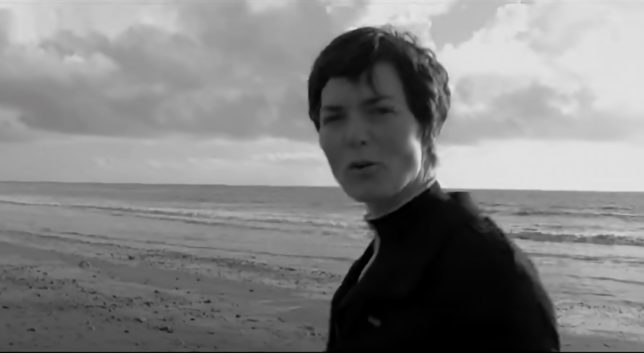 Spending less for vital production resources—less for water, less for energy—leads directly to a lower price. If you pay a lot less, then you’re likely using much less. This is conservation, in every sense of the word.

What we throw away is often an example of how we “regenerate natural systems.” Elephants and sea turtles were once the primary source of the malleable material used to create piano keys, billiard balls, eyeglass frames, jewelry, combs, and countless other products. A lot of the plastic in the landfills of rich nations is a critical part of the conservation effort to save those species.

The usually tight correlation between ecological and economic values is not factored into the absolutist thinking underpinning the Ellen MacArthur Foundation’s circular economy. So, it is inevitable that the nonprofit and its corporate supporters would end up promoting paper over polystyrene and would advance solutions at odds with their presumed objectives.

Energy policy is another area where finding specificity for the EMF’s otherwise vague agenda produces a specifically bad result.

In the group’s “circular economy glossary,” the definition provided for “circular economy” has this in the fine print: “It is underpinned by a transition to renewable energy and materials.” Pull up the definition for “renewable energy” and these are the approved examples: “. . . wind, solar, hydropower, hydrothermal, ocean (wave and tidal), geothermal, and biogas from anaerobic digestion.”

Those options exclude 89 percent of what is currently total worldwide energy production, and 74 percent of total electricity production. It even excludes recycling plastic by burning it to create electricity.

While the Ellen MacArthur Foundation claims that “Decarbonisation of the energy system is necessary and needs to accelerate,” the group’s definition of a solution also excludes nuclear power (currently 10.4 percent of total electricity), the only source of zero-carbon power that could be scaled up to meet the world’s already voracious and growing need.

The approved choices are “wind, solar, and battery technologies.” The wind and the sun are obviously weather-restricted and cannot be scaled up to meet needs. And “battery technologies” is code-speak for magical electricity storage that does not and may never exist. A 2018 report in Massachusetts Institute of Technology Review summarizes the serious work on the subject, finding that, even if the storage capacity were developed, deploying it could become “dangerously unaffordable.”

That’s not an exaggeration. Even for the luckiest of us, economic collapse and possibly starvation would follow rapidly after the loss of reliable and affordable electricity. The Ellen MacArthur Foundation and its strategic partners are promoting an energy policy that is literally dangerous.

Unilever, Coca-Cola, Visa, BlackRock, Danone, Nestlé, and many of the other top EMF partners are publicly traded firms. While they may have no legal duty to boldly disclose this agenda to their tens of millions of individual shareholders, they have a moral obligation to do so.

Less reckless, but no less absurd, is the Ellen MacArthur Foundation’s circular economy for food. Typically vague if one doesn’t read through to the fine print, the proposal asserts that “just four crops provide 60% of the world’s calories, while many ingredients that could be used instead and have a lower impact are rarely used.” The sales pitch makes it hard to imagine why these mysterious solutions haven’t been implemented already, since doing so will “provide choices that are better for customers, better for farmers, and better for the environment.”

The fine print is found in an EMF report titled: The Big Food Redesign. An info box on page 45 is titled “High Potential Ingredients to Explore.” The big news is that insects are a “highly nutritious and healthy food source with high fat, protein, vitamin, fibre, and mineral content” yet supposedly “emit fewer greenhouse gases and less ammonia than cattle or pigs, and they require significantly less land and water than cattle rearing.”

So get ready to trade up from sirloins and bacon to “dried yellow mealworms” (recently approved by the European Commission as a “novel food”!) The report does concede that eating bugs has “yet to become mainstream in Western food cultures” and blames this on “negative perceptions.”

Speaking of negative perceptions, the Ellen MacArthur Foundation report notes the culinary experts at the European Commission have also estimated that “algae could account for 18% of protein sources by 2054.”

The “John the Baptist” World

“We welcome this landmark study highlighting how the circular economy can help achieve a nature-positive future,” wrote the CEO of Nestlé, in one of many supportive blurbs at the beginning of The Big Food Redesign.

John’s clothes were made of camel’s hair, and he had a leather belt around his waist. His food was locusts and wild honey. —Matthew 3: 4

Nobody on modern Earth should live like this. Some still do. As noted earlier, their poverty is the source of nearly all the plastic pollution in the ocean. Their condition and the ocean’s will be miraculously transformed when they receive reliable energy, modern agriculture, sanitary waste systems, plastics, and the rest of what we now enjoy.

In addition to modern fertilizers and high-yield agriculture (two other modern miracles the reliably risible Ellen MacArthur Foundation recommends moving away from), billions in the wealthy world owe our low-cost, high-quality diets to our use of plastic, an extraordinarily efficient necessity.

It preserves fresh meats and produce so they can be shipped to us without spoilage across several time zones, even oceans. Polystyrene keeps prepared foods at the proper temperature and packaged items fresh for weeks, even months. PET bottles provide cheap luxury beverages at the best of times and save lives when natural disasters knock freshwater systems offline.

A lot of these plastics end up in sanitary waste disposal systems because they are so inexpensive to produce in the first place. That’s a feature, not a bug. We live and eat as well as we do because we can afford the cheap plastic that makes it all happen and the sanitary infrastructure to dispose of it where it does no harm. Food production consumes enormous resources—a critical investment that plastic packaging protects at a trivial cost.

That’s conservation. Replace that advantage with something more expensive, and we’ll all be living poorer lives, and those in the ‘John the Baptist’ world may never catch up.

In a perfect world, there would be no trash. But there would also be no sickness, disease, or death. Adulting is hard. In the world we have, we do our best to mitigate all these negatives yet accept each as inevitable.

Learning better ways to dispose of items, and keep some things out of landfills, has also been an inevitable evolution. We will continue to get better at it – we always do. But some things, eventually and inevitably, will always have their value fall to zero and need to be thrown away. Almost every hunk of plastic that finally hits a landfill has done disproportionately more benefit than the trivial space it takes up.

The circular economy for plastic being promoted by Nestlé, Unilever, Coke, and the other corporate partners of the Ellen MacArthur Foundation is not leading us to the promised land of an “economic system that delivers better outcomes for people, and the environment.”

That’s happening with the system we already have.