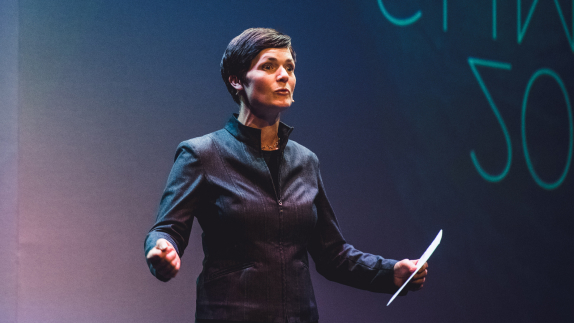 Summary: Plastic packaging is a conservation miracle that preserves food from spoilage at trivial cost and saves enormous resources compared to aluminum, paper, and other options. Using abundant, low-cost plastic means conserving hard to replace nature. Wealthy nations have developed environmentally responsible plastic disposal systems, and the secret to ending plastic pollution in the ocean is to help low-income nations catch up. But the Ellen MacArthur Foundation (EMF) has declared a “plastic pollution crisis” and holds the scientifically illiterate view that nothing should ever be thrown away. So, why are big plastic users like Coca-Cola and Nestlé some of EMF’s biggest allies?

Opinion polls show Americans are deeply troubled over issues such as inflation, immigration, spiking crime rates, and soaring gasoline prices. They don’t show any anxiety over the “plastic pollution crisis.”

But plastic has become a big worry for the United Nations and dozens of the world’s largest corporations, such as Visa, Coca-Cola, Unilever and Nestlé. To address this supposed crisis, the plastic worriers have aligned with the Ellen MacArthur Foundation (EMF), a little-known yet obviously influential nonprofit based in the United Kingdom.

This is how the EMF describes what they have in store for us:

We must change how we design, use, and reuse plastics. We cannot simply recycle or reduce our way out of the plastic pollution crisis. If we don’t act now, by 2050 there could be more plastic than fish in the oceans.

Although plastic pollution on the high seas is a valid concern, Americans and those who live like us are not the cause of it. A 2021 report from Our World in Data showed that that the United States, despite having 25 percent of the planet’s total gross domestic product, is responsible for a tiny 0.25 percent of the plastic reaching the ocean. Added all together, every nation in North America, all of Europe, Japan, Taiwan, South Korea, Australia, New Zealand, Israel, and Russia contribute only 5.5 percent of the problem.

Developing and low-income nations in Asia and Africa produce 90 percent of the ocean’s plastic problem. Together, China and India are the cause of more than 20 percent.

Rapidly helping the impoverished and developed world become wealthy with healthy waste management systems is the credible (to say nothing of humane) solution to plastic waste in the ocean and many other, much more pressing problems. Reliable and low-cost electricity, the rule of law, human rights, a stable currency, and a few other critical inputs are the proven recipe for the change they need.

But those aren’t the changes the Ellen MacArthur Foundation and its wealthy corporate allies have in mind when they advise “We must change.” Instead, the “we” they’re addressing is us. Rather than addressing obvious problems of poverty with the proven solutions for helping the rest of the world get rich, the EMF has invented a new economic model:

We’re a charity committed to creating a circular economy, which is designed to eliminate waste and pollution, circulate products and materials (at their highest value), and regenerate nature. It’s an economic system that delivers better outcomes for people, and the environment.

End waste and pollution, save the world, make everything more valuable, and improve life for everyone? Why hasn’t somebody thought of this before?

Sarcasm aside, this seems plagiarized from countless “What I Wish For” essays annually submitted to elementary school teachers. A lot of little kids also include equally vague plots for world peace and bringing lost pooches back from the grave.

It is remarkable that supposedly serious adults have recycled these platitudes into a business plan for the planet.

The current plan—as practiced for most of the past three centuries and particularly the past 50–70 years—has lifted billions from poverty, put a few billion of us into a standard of living that was inconceivable to even the richest of us a century ago, effectively ended famines, radically extended lifespans, and (not coincidentally) continues to clean up the worst of the planet’s pollution.

So that’s the market economy.

What does the Ellen MacArthur Foundation’s “circular economy” have to offer?

The eponymous founder is British Dame Ellen MacArthur, a retired competitive yachtswoman who once held the world record for solo circumnavigating the globe. According to her official bio, carrying on board all the supplies needed for the 71-day journey “gave her a very real understanding of what it means to rely on a finite supply of resources, as on the boat food, water and fuel were inescapably linked to success or failure.”

From all this, she concluded that “on land too we rely on finite resources in the form of materials, energy and water.”

Those hoping to grasp this concept without spending the two months alone at sea could attend the first day of an introductory economics class. As explained by Investopedia: “Scarcity in economics refers to when the demand for a resource is greater than the supply of that resource, as resources are limited.”

A September 2021 meta-analysis of research studies on the circular economy by the Journal of Industrial Ecology found more than 100 different definitions of the term, with many “deliberately vague, but principally uncontroversial” that do not address “conflicts, trade-offs, and problems.”

The Ellen MacArthur Foundation fits the trend. Peek through the otherwise inscrutable descriptions of the circular economy presented on the EMF website and the only overarching agenda seems to be that nothing . . . should ever . . . be thrown away:

For billions of years, natural systems have regenerated themselves. Waste is a human invention [emphasis added]. [From the page titled “Regenerate nature”]

Although it sometimes seems like waste is inevitable in certain situations, waste is actually the result of design choices. There is no waste in nature, it is a concept we have introduced [emphasis added]. [From the page titled “Eliminate waste and pollution”]

Waste—or “entropy,” for those who recall physics class—is the natural state of the universe. Each conversion of a material into a new item leads to energy lost as heat and degrading of the quality and/or quantity of the material. Increasing chaos is inevitable—and it requires more energy and resources to reassemble materials that are falling apart.

Plastic, according to a September 2020 NPR report, “degrades each time it is reused, meaning it can’t be reused more than once or twice,” and since “new plastic is cheap . . . it’s almost always less expensive and of better quality to just start fresh.”

Metals, on the other hand, retain value and can be recycled with comparatively less effort and energy. Most discarded iron and steel items (70 percent or more) are recycled into new products.

In that Journal of Industrial Ecology report, under a section titled “A neglect of established knowledge,” the authors of the paper (three academics, two from Sweden and one from the United Kingdom) made the point this way:

A recurrent critique that is addressed to the circular economy literature is that it ignores much established knowledge. In particular, it neglects the thermodynamic teaching that one can neither create nor destroy matter; whatever resources are used up must end up in the environmental system somewhere, they cannot be destroyed but only converted and dissipated. A circular economy future where waste no longer exists, where material loops are closed, and the place products are recycled indefinitely is therefore, in any practical sense, impossible . . . [emphasis added]

Nature as a “circular” system may be a nice marketing tool, but every Floridian putting their life back together after Hurricane Ian can attest that when nature gets spinning in a circle it can lay waste to a lot of the natural environment, plus the energy and materials that were used by humans to bring order to the chaotic world.

And, though less common, the eruption of a volcano lays waste to landscapes, creatures, structures and often the people in its path. In 1991 Mt. Pinatubo in the Philippines launched what a U.S. Geological Survey report called “avalanches of searing hot ash, gas, and pumice fragments” that buried the “once deep valleys” nearby in debris that was 660 feet deep. The 20 million tons of sulfur dioxide (a greenhouse gas) that Pinatubo blasted into the atmosphere damaged the ozone layer and measurably altered the planet’s temperature for a year. A 1982 eruption at Mexico’s El Chichón had a similar effect on global climate. Closer to home, the 1980 Mt. St. Helens explosion in Washington smashed 210 square miles of nearby wilderness and removed 1,700 feet from the top of the mountain.

If volcanoes could be blamed on the plastic industry, then the Ellen MacArthur Foundation would certainly (and justifiably) refer to the outcome as “waste and pollution.”

Nature is often catastrophically wasteful. The EMF agenda is based on a fantasy world that doesn’t exist.

In the next installment, Ellen MacArthur Foundation’s promotion of the “circular economy” is detached from reality. 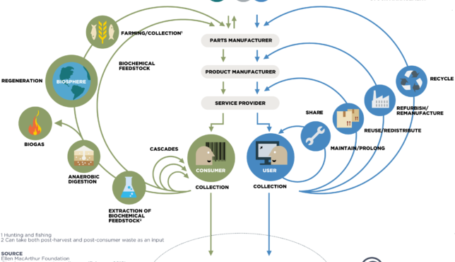