The War on Plastic and Prosperity: A Greenwashing Front? 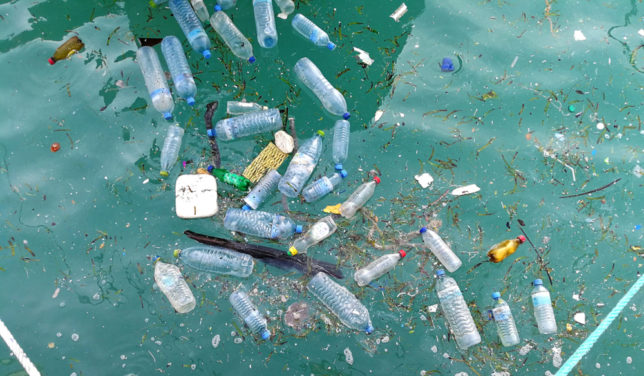 Even as we do a fine job keeping trash out of the ocean, the EPA reports discarded plastic is less than 20 percent of the waste in American landfills.

The added irony is that almost all of it was created from what would otherwise be the waste product of refining oil and natural gas. The molecules that become plastic polymers would become something less valuable, or discarded, if not used for plastic. And then we’d need to use up something more valuable to create all the stuff currently made from plastic.

Trees, for example. And that would get expensive. A 2011 research paper produced for the legislature of Northern Ireland crunched the numbers on the “paper or plastic” decision regarding grocery bags and came to this conclusion:

Any frugal American knows the truth of this revelation about the usefulness of plastic bags: “They are also put to many other uses in the home . . . such as clearing dog-waste from the streets, and most of them will eventually serve as a bin-liner to safely collect and dispose of household waste.”

In 2020, responding to campaigns against its plastic bottles, Coca-Cola’s head of sustainability observed that the firm’s carbon footprint would increase if the plastic containers were all replaced with aluminum cans or glass bottles.

Coca-Cola ships out 100 billion plastic beverage bottles per year, a major share of the more than 500 billion sold worldwide—most of them made from polyethylene terephthalate (PET) plastic. Those bottles are what many of us think of when we think of plastic pollution. A bottle floating in water is the top return for the Google search term “symbol of plastic pollution.”

The Coke sustainability chief said the firm would continue to use plastic because its customers preferred the lightweight and resealable bottles. “Business won’t be in business if we don’t accommodate consumers,” she said.

She is correct. Plastic use, reuse, and disposal has been and will continue to be improved upon. But for all the foregoing reasons and others, the Ellen MacArthur Foundation’s “plastic pollution crisis” isn’t upon us.

Yet the list of the EMF’s top-level partners includes none other than Coca-Cola.

The Ellen MacArthur Foundation claims to have the “world’s leading circular economy network” and this isn’t a hollow boast. The EMF’s circular economy agenda has also been adopted by the United Nations Environment Programme.

Her courageous sailing exploits aside, Ellen MacArthur’s absolutist crusade would have nowhere near its current influence without the corporations and institutions that have plowed tens of millions of dollars into marketing her cause. The EMF may have her name on it, but the agenda belongs as much to the corporations such as Coke that made it happen.

In addition to Coca-Cola (KO), the group’s 21-member strategic partner network includes Unilever (UL), Visa (V), BlackRock (BLK), Nestlé (NSRGY), Danone (BN.PA), Groupe Renault (RNO.PA). There are others, but together, these seven publicly traded firms have a market capitalization of more than $1.2 trillion.

The top-level strategic partner group also includes the EMF’s “main philanthropic funders,” such as the Schmidt Family Foundation (founded with the fortunes of former Google CEO Eric Schmidt and his wife, Wendy), MAVA (a foundation based in Switzerland), and the Sun Institute for Environmental & Sustainability (based in Germany).

A second tier of mere “partners” includes 41 firms and groups, including big names such as Wal-Mart, Starbucks, PepsiCo, Microsoft, Google, Morgan Stanley, and Mars (the maker of M&M’s and other candies). A third tier of EMF members has more than 100 firms.

The EMF’s “funding model” is anchored in these partnerships. The recent annual report noted that a “new Network membership structure” had “increased the income streams in this area.” Line items for “Global Partner Donations” and “Network Income” totaled £2.4 million for 2021 ($3.3 million with the exchange rate at that time).

In addition to that, dedicated funding raised for EMF’s New Plastics Economy Initiative was £3 million in 2021 ($4.1 million). Coca-Cola, Nestlé, Unilever, Danone, the American candymaker Mars, and Wal-Mart were all cited as partners in the project.

“Greenwashing, according to a March 2022 report in Investopedia, “is the process of conveying a false impression or providing misleading information about how a company’s products are more environmentally sound.”

In the next installment, EMF’s crusade against plastic ultimately promotes replacements that less environmentally friendly.