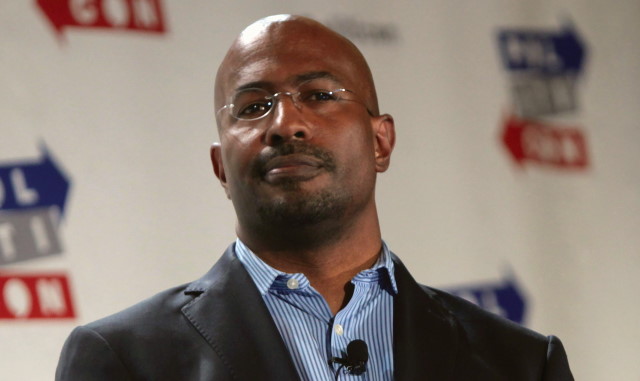 Shortly after CNN called the 2020 presidential election for Joe Biden on the afternoon of November 4, 2020, on-air commentator and former Obama administration official Van Jones read off the names of several nonprofit organizations he thought helped pave the way for Biden’s victory. While the untrained eye may think this was normal, Jones was oddly specific, glancing down at a notecard on the desk as he said the :

You see those little blue dots in Arizona? Those are Native American Reservations. The Native American community played a tremendous role—the Native Organizers Alliance, the Inter-Tribal Council. . . . These are groups that expect to be treated with respect. They are responsible for the victory.”

While Jones had mentioned prominent left-of-center Hispanic get-out-the-vote (GOTV) organizations earlier in the broadcast, it seemed peculiar that he had a list of nonprofit names ready to read on air once the results came in. 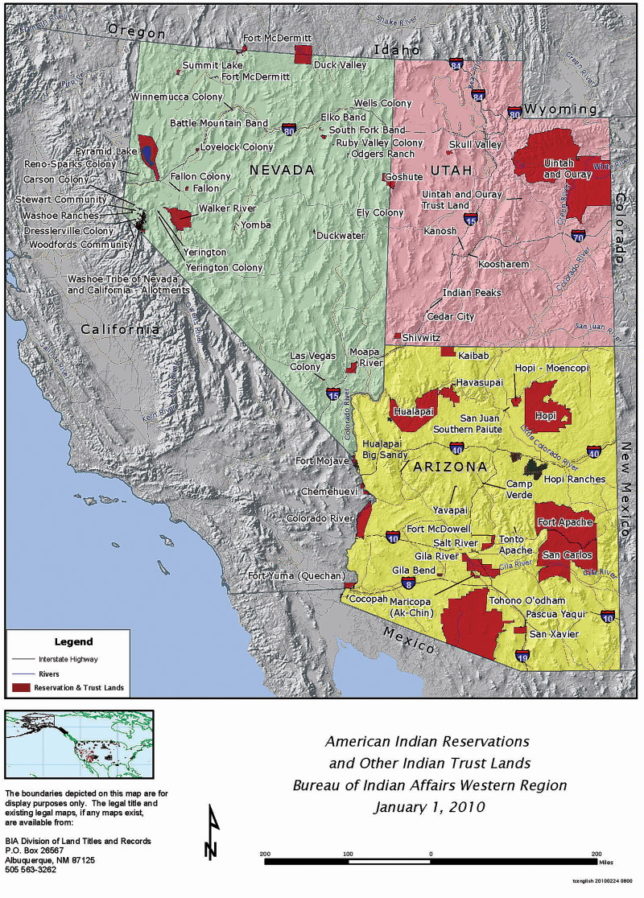 In the 2020 election, the Native American vote may have had the greatest impact in Arizona. Native American organizations were quite active in Nevada and in several instances appear to have violated election laws. Credit: Cenglish. Public Domain.

Investigation into Native Organizers Alliance (NOA) financial records explains why Jones mentioned them by name on November 4. The left-of-center Alliance for a Just Society reported a $842,921 program expense in 2020 in support of NOA, which it says heavily influenced historic Native American turnout and other programmatic expenses.

Oddly enough, the national press’s coverage of Native American activism in the election was not limited to Democratic insiders like Jones or to discussions of Arizona and Nevada. Much like the Time piece about the operatives who schemed “to save” the 2020 election from Donald Trump, John Nichols of The Nation recognized the NCAI’s Native Vote as one of the most important organizations behind Biden’s victory in Wisconsin, emphasizing the group’s efforts to boost Democratic turnout in Menominee County. According to The New Republic, Menominee County shares borders with the Menominee Indian Reservation and experienced the greatest swing to the Democratic Party in all Wisconsin, with voters casting 82 percent of their ballots for Joe Biden (up from 78.4 percent for Hillary Clinton in 2016). HuffPost emphasized Biden may not have flipped Arizona without Native American voters and noted that Democratic National Committee Chairman Tom Perez met with Navajo Nation President Tom Perez earlier in 2020.

Press coverage of the Native American vote as a key voting bloc that would propel the Democrats to victory over President Trump appeared as early as 2019, when the Des Moines Register suggested that increasing turnout of historically Democratic-leaning Native American voters would help the Biden campaign overcome Hillary Clinton’s 2016 margins of defeat in key states such as Michigan, Wisconsin, Arizona, and North Carolina.

Predictably, on Election Day reports of record turnout across Indian Country in Arizona, Wisconsin, Nevada, and other locations trickled in alongside reports of potential fraud on Nevada reservations, but it was too late to address any nonprofit activities on the ground. Record turnout in Navajo Nation and parts of Wisconsin helped flip the two swing states in favor of Biden and hasten President Trump’s electoral demise. Shortly after the election, the New York Times was ready to identify the Native American activist nonprofits and the activists who were directly responsible for Joe Biden’s victory in Arizona.

If progressive activists like Van Jones and news reporters knew about various Native American nonprofit organizations and their plans at the national and state levels to increase Native American turnout on and off reservations, it begs some important questions: How ubiquitous and coordinated was the effort? Does this effort continue to the present day? And will Native American activists and other left-of-center nonprofit organizations replicate their electoral successes in the 2022 midterm election and the 2024 presidential election?

This piece examines the pivotal role that left-of-center nonprofit organizations played in augmenting Native American turnout on and off reservations to seal Joe Biden’s victory over President Trump in the 2020 presidential election. This constellation of Native American nonprofits that supercharged the Native American vote appear to be part of a larger left-wing political machine designed to skew elections to the left. As CRC has documented, the machine largely funds these partisan efforts with “dark money” funneled through nonprofits that are legally required to be nonpartisan. For example, in the 2020 presidential election Mark Zuckerberg and the Center for Technology and Civic Life (CTCL) played this role in numerous battleground states. Evidently, the pattern extends to Indian Country, a broad term for all “Native spaces and places within the United States,” not limited to reservations.

In the next installment, several Native American organizations stand out at the national level.