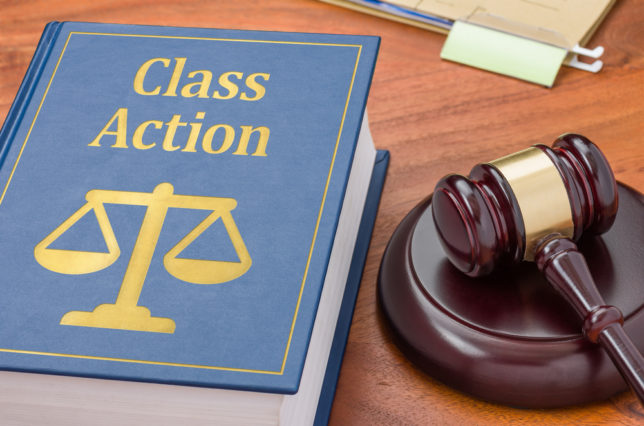 Another method of streamlining large numbers of claims is the class action lawsuit, in which one or more named plaintiffs sue on behalf of a large number of unnamed individuals (the “class”) who were all allegedly harmed by a defendant in a similar way. The number of consumer class actions filed in the United States almost tripled from 2009 to 2018. In 2020, they made up a full quarter of all consumer protection suits that were filed. One study estimated that defendants spent as much as $3.37 billion on class action litigation in 2021 alone.

Proponents of class actions argue that they are an efficient (or indeed, the only) method of pursuing certain claims, particularly when individual damages are relatively small and it would be impractical for any one plaintiff to sue over them. While acknowledging their value in this respect, critics contend that in practice the class action system—particularly in the consumer context—is regularly abused by financially self-interested lawyers, with little-to-no benefit accruing to the class members who were allegedly harmed by the conduct at issue.

To be sure, the “harm” claimed in some consumer class actions can appear rather dubious. A California man recently sued the company that makes Texas Pete hot sauce on behalf of everyone in the country who had purchased a bottle, claiming that the company had harmed them by naming their sauce “Texas Pete” despite producing it in North Carolina. Another suit claimed that Subway should be liable because natural variations in the baking process meant that some of its “footlong” sandwiches did not measure exactly 12 inches. A class action settlement against Godiva Chocolatier over the fact that its chocolates had the phrase “Belgium 1926” on them—reflecting the location and year of the company’s founding—despite being manufactured in Pennsylvania allowed class members to claim compensation of up to $25 each, while the attorneys pocketed $2.8 million.

Some have worked to expose these and other problems with class actions and offer potential solutions. A comprehensive report recently released by the Institute for Legal Reform detailed evidence that consumer class actions “typically provide very little benefit” to class members, noting that “the overwhelming majority” of settlements “deliver nothing to class members.” One study released by the law firm Jones Day analyzed 110 federal consumer class action settlements from 2010 to 2018 and found that “only a small fraction of class members” received any money at all from the settlements, while “class counsel are often given very large attorneys’ fee awards even when class members receive little to no monetary recovery.” It concluded that its “findings . . . align with the recent criticism of consumer fraud class action settlements . . . that they may actually harm consumers and primarily benefit class counsel.”

Class actions can in fact be extremely lucrative for the attorneys who file them. Contingency fees typically range between 20 and 33 percent. Yet another study that looked at settlements from 2019 to 2020 found that “the majority—and in some cases the vast majority—of settlement awards are used to pay for attorneys’ fees, litigation costs, and other administrative expenses.” The Institute for Legal Reform’s report argued that consumer class actions have become little more than “a vehicle for generating profit for the plaintiffs’ bar,” with “the only ‘winners’” frequently being “the plaintiffs’ lawyers who are paid handsomely to file class actions (often based on meritless theories) that ultimately provide little (if any) real benefit to the absent class members, generate all sorts of ethical issues, and needlessly protract litigation.”

It is worth briefly considering some examples from the report. The dispute in Spillman v. RPM Pizza, LLC involved unsolicited robocalls offering promotions on pizzas. The final settlement saw just 253 class members receive a combined $8,795 in compensation, while their attorneys pocketed over $2.5 million. In Farrell v. Bank of America, N.A., the defendant agreed to establish a fund to compensate plaintiffs for the improper $35 overdraft fees it had charged them. Although the actual cash benefit available to each individual class member was quite small, the lawyers in Farrell were awarded $14.5 million in fees—which worked out to a rate of $6,700/hour for the time they spent on the case. The report observed the “unfortunate reality” that many class action attorneys “can and do structure settlements in ways that primarily benefit themselves.”

Finally, there is the controversial issue of cy pres, a mechanism through which a court will distribute unclaimed or otherwise unpayable settlement funds to third-party nonprofits instead. The Institute for Legal Reform’s report contends that not only does this fail to provide any direct benefit to class members, but it also “often results in class money being funneled to advocacy-based organizations whose ideology or partisan bent is at odds with that of certain class members,” including groups that are involved in supporting the plaintiffs’ bar itself.

In the case of In re LivingSocial Marketing & Sales Practice Litigation, for example, the defendants agreed to set aside $4.5 million for a settlement fund, but only $1.89 million worth of claims by class members were ever made. The remaining settlement money wound up being donated via cy pres to the Consumers Union and the National Consumers League. The plaintiffs’ lawyers were awarded $1.35 million in fees, which the Institute for Legal Reform’s report observed was equal to 71 percent of the total amount actually paid to the class members themselves.

The 2019 Supreme Court case of Frank v. Gaos arose from an $8.5 million class action settlement with Google, which was to be distributed as follows: $2.125 million in attorney’s fees for the plaintiffs’ lawyers, $1 million for administrative costs, $5,000 for each of the three named class representatives, and $5.3 million for six third-party nonprofits via cy pres—including all three law schools that the plaintiffs’ lawyers had attended. The estimated 129 million unnamed members of the class received nothing.

In the next installment, the American Association for Justice is the Lawsuit Lobby’s most prominent advocate.