The Lawsuit Lobby: Allies on the Left 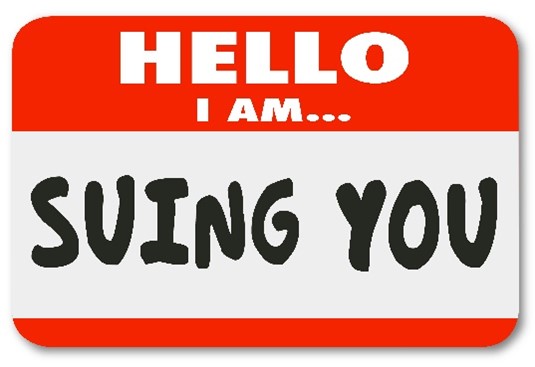 Allies on the Left

Plaintiff-side trial lawyers have long been seen as closely aligned with left-of-center politics. A recent report from the Alliance for Consumers looked at the political contributions of eight prominent plaintiff-side law firms from 2017 to 2020 and found that 99 percent of the $15 million given by the firms themselves, their attorneys, and other staff members went to Democratic campaigns and allied committees. The San Francisco–based firm of Lieff Cabraser, for example, produced exactly $30 for Republicans out of more than $2.5 million in total political giving over that time period, according to the report.

The AAJ behaves largely in accordance with the apparent political views of its membership. Although it claims to be bipartisan, the AAJ’s affiliated political action committee (PAC) is overwhelmingly partisan in practice. During the 2020 election cycle, 97 percent of its contributions to federal candidates went to Democrats. Since the 2004 election cycle, it has never given more than 6.4 percent to Republicans. In 2010, the Washington Post described the AAJ as “one of the heaviest hitters in Washington politics” and “one of the Democratic Party’s most influential political allies.”

Democratic politicians certainly appear to have reciprocated for this support. In what the Wall Street Journal called “the definition of a corrupt political bargain,” the 2021 budget bill passed by the Democratic-controlled House of Representatives included an amendment to the Internal Revenue Code that would have allowed lawyers who filed suits on a contingency fee basis to immediately deduct expenses related to that litigation—depositions, expert testimony, discovery, and similar costs.

The AAJ has long sought this particular tax break on behalf of its members, though it also recognized that because “a stand-alone bill to help lawyers” wasn’t going to happen in Congress, the trial bar needed “to tuck it into something” in order to give it a chance at becoming law. As the Journal observed, it is not difficult to see how the availability of an immediate tax deduction for litigation costs could incentivize lawyers to file less-than-ironclad lawsuits and to keep them going. One estimate put the cost of the proposed deduction at $2.5 billion over 10 years, which the Journal argued amounted to “a direct income transfer to plaintiffs’ lawyers, who will turn around and finance Democratic election campaigns.”

Some Democratic lawmakers are also working to help trial lawyers by putting their thumbs on the scale against arbitration and in favor of litigation. The Forced Arbitration Injustice Repeal (FAIR) Act of 2022—which passed the House on a near-party-line vote—would make pre-dispute arbitration agreements unenforceable in employment, consumer, antitrust, or civil rights cases. In voicing their opposition to the FAIR Act, the Institute for Legal Reform and many other groups wrote that it would “effectively ban arbitration provisions in private contracts,” to the sole advantage of the plaintiffs’ lawyers “who would directly benefit from increased class action litigation.”

In addition to politicians, the AAJ also works with like-minded activist groups. At the group’s 1980 convention, Ralph Nader called for the creation of what ultimately became Public Justice, a 501(c)(3) nonprofit advocacy group (with an affiliated law firm) that is active on many of the same issues as the AAJ. This includes class actions, with Public Justice describing itself as “the only public interest organization in the country that both aggressively prosecutes a wide range of class actions and has a special project to preserve class actions and prevent their abuse.” Public Justice also advertises itself as “an excellent candidate for cy pres funding for a wide variety of cases.” It has received almost 150 such awards through federal and state courts, which it uses “to effect systemic change for social, economic, and environmental justice.” In 2019, the AAJ gave a $100,000 grant to Public Justice.

In 2017, the two groups worked together to attack the proposed Fairness in Class Action Litigation Act, which would have reformed federal class actions in a number of ways, including requiring that attorneys demonstrate how to identify members of the putative class and how to distribute any resulting monetary relief directly to them. It also would have limited attorney’s fees to a percentage of the payment actually received by class members alongside the value of any equitable relief. And it would have allowed the payment of such fees only after the money was actually distributed to class members. The bill also would have required multidistrict litigation plaintiffs to submit certain evidence related to their injury and mandated that they receive at least 80 percent of any monetary recovery for their claims—measures aimed simultaneously at weeding out meritless cases and ensuring that attorney’s fees and costs don’t excessively eat into legitimate claims.

While the relative merits of each individual provision of the Fairness in Class Action Litigation Act are certainly open to reasonable debate, the AAJ came out aggressively and unequivocally against it, characterizing it as “a hand-out to powerful corporations that do not want to be held accountable.” It claimed that the bill’s proposed reforms “would eviscerate nearly every type of class action and mass tort action brought in the United States” and accused lawmakers of “supporting a bill that rigs the legal system against [their] constituents.” Overwhelming support from Republicans allowed the bill to pass the House over uniform Democratic opposition, but it ultimately died in the Senate.

Finally, on issues related to the composition of federal courts, the AAJ has aligned itself with the prominent judicial activist group Demand Justice and a number of other left-wing organizations. It has joined calls for the Biden Administration to nominate “professionally and demographically diverse candidates” to the federal bench, as well as to refrain from nominating any more “corporate lawyers.” It has also supported calls to expand the number of federal district and circuit court judges in line with these preferences.

A Different Sort of Special Interest

In one sense, the Lawsuit Lobby is like any other special interest: It promotes the private professional interests of its members—in this case, trial attorneys—among both politicians and the general public. But in another sense it is rather different because its members operate within our most important public institutions, and their actions inside and outside the courtroom can profoundly impact the lives of others. The public rightly considers this responsibility as transcending pure self-interest, and the vast majority of the bar recognizes and accepts this.

Returning to the question posed at the outset: How do we explain the results of Gallup’s poll, in which respondents viewed lawyers and lobbyists as having relatively low standards of honesty and ethics? And how do we answer this without descending into tropes about ambulance chasers and palm greasers? One idea might be to consider the nature of the influence exercised by the Lawsuit Lobby and ask whether its own interests are always in line with our preferred notion of civil justice.