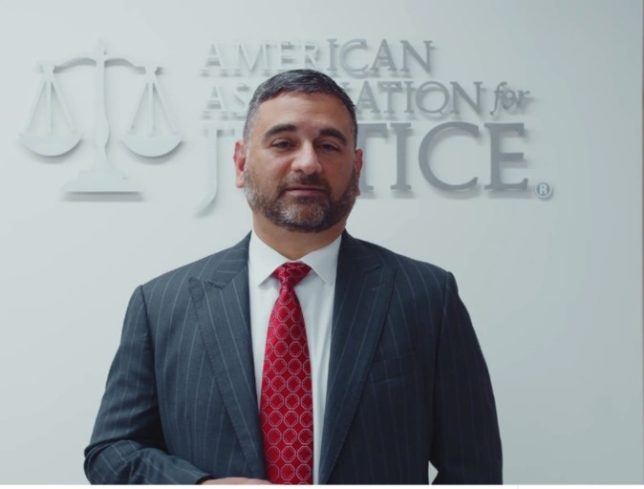 The casual observer could certainly be forgiven for thinking some changes are warranted. Academics, advocacy groups, and others have made a variety of recommendations from different perspectives, and legislation is periodically proposed. Perhaps naturally, efforts to make litigation generally less common, less expensive, or less time-consuming have been broadly opposed by the plaintiffs’ lawyers themselves, who represent an organized set of interests that may be thought of as the Lawsuit Lobby.

The American Association for Justice (AAJ) is the most prominent organizational manifestation of the Lawsuit Lobby. Organized as a 501(c)(6) nonprofit, its regular members are licensed attorneys who primarily represent the plaintiff in civil cases or the defendant in criminal ones. In practice, the AAJ is widely identified with the professional interests of the plaintiff’s bar specifically. It claims more than 20,000 lawyers as members.

The AAJ was founded as the National Association of Claimants’ Compensation Attorneys by a small group of workers’ compensation lawyers back in 1946. It was renamed as the Association of Trial Lawyers of America in 1971, and it adopted its current name in 2006. The president of the Institute for Legal Reform—which is critical of the AAJ—called its most recent name change “an astounding admission of the unpopularity of trial lawyers in America.”

Indeed, an internal memo regarding the decision to change the group’s name explained that the AAJ had become concerned with being seen as a special interest group and was launching “an aggressive public education campaign to improve the image of trial lawyers, as well as to protect and strengthen the civil justice system.” Perceiving a need to “win back the public in both the jury box and the ballot box,” the organization’s research had apparently demonstrated that “if our message is or seems to be only about helping lawyers, we lose. On the other hand, if we concentrate on protecting the civil justice system from greedy corporate CEOs, we win.”

The AAJ has thus endeavored to portray itself as the defender of ordinary Americans against the machinations of “powerful corporate interests” broadly and the U.S. Chamber of Commerce specifically. This rings hollow with critics like Victor Schwartz, who wrote recently in the Washington Examiner that despite the AAJ’s “bid to claim a monopoly as the ones fighting ‘for justice’ in America . . . the reality is trial lawyers are no different from any other self-interested group focused on making money.” Among the examples Schwartz cited was the AAJ’s opposition to the proposed Lawsuit Abuse Reduction Act, which would have mandated and strengthened court-imposed sanctions against attorneys who were found to have made frivolous or otherwise improper claims in their filings.

In light of such criticisms, it is worth exploring the nature of the AAJ’s advocacy, which includes “beating back limits on lawyer fees, evidence and discovery, and loser pays.” It promotes class actions as “an effective tool for consumers and employees hurt by large corporations” and has derided reform efforts as an attempt by “corporations and their front groups” to avoid accountability “for their dishonest and deceptive practices.” It also fights against limits on medical malpractice and medical products suits, supports liability for firearm manufacturers and retailers if someone uses a gun to commit a crime, opposes qualified immunity for law enforcement, and supports significantly increased mandatory insurance requirements for trucking companies.

One of the AAJ’s top priorities is reducing the use of arbitration instead of litigation to settle disputes. While arbitration certainly has its pros and cons, it is generally cheaper and faster than a lawsuit—which can mean lower attorney’s fees. A 2022 study by the Institute for Legal Reform (which supports arbitration) found that consumers and employees who filed arbitration claims rather than lawsuits were on average more likely to prevail, received higher awards, and had their cases resolved sooner. The institute’s president remarked that “the data shows exactly why it’s the trial bar’s number one priority to prohibit arbitration and increase the number of lawsuits.” Arbitration simply isn’t as lucrative for the lawyers.

Incidentally, this has not prevented some plaintiffs’ attorneys from seeking to use arbitration when it benefits them. The Institute for Legal Reform has pointed out that Morgan & Morgan—the largest personal injury law firm in the country—has included arbitration provisions in its own employee agreements, as well as those concluded with its clients. University of Georgia Law Professor Elizabeth Chamblee Burch noticed something similar in her research, finding that “plaintiffs’ attorneys are taking advantage of arbitration provisions and waiving plaintiffs’ rights to sue them collectively when it suits them.”

The Climate Change Litigation Group, established in 2019, provides a forum for lawyers who file lawsuits that seek to hold oil and gas companies liable for claimed costs related to climate change. The AAJ has elsewhere supported calls to make “fossil fuel companies . . . pay their fair share”—billions of dollars—to state and local governments to compensate for those companies’ allegedly tortious role in bringing about climate change. Such lawsuits are problematic for multiple obvious reasons and have been uniformly unsuccessful when heard on their merits.

In its most recent IRS Form 990, the AAJ reported total revenue of about $25.7 million. Most of this—over $19 million—came from membership dues. Its total expenses were approximately $24.9 million, with employee salaries and benefits accounting for about half. Linda Lipsen, the group’s executive director, has received more than $8.6 million in total compensation from the AAJ and its related organizations since 2011, including over $2.8 million from August 2018 through July 2020 alone.

The AAJ also controls several affiliated nonprofits, including the $24 million American Association for Justice Robert L. Habush Endowment, a 501(c)(3) that primarily serves as a grantmaker. Its grantees have included a left-of-center research and advocacy group called the Center for Progressive Reform ($195,000 since 2016) and an environmental grantmaker and fiscal sponsor called the Sustainable Markets Foundation ($774,000 since 2016). In 2020, it gave a small $10,825 grant to the Center for Popular Democracy, a left-wing activist group recommended by the Democracy Alliance donor collective, which counts George Soros among its most prominent members. The Center for Popular Democracy has advocated for everything from the Green New Deal to socialized housing to defunding the police.

In the next installment, trial lawyers have long been seen as closely aligned with left-of-center politics.