The “Dark Money” Shape-Shifter: The Progenitor of the Left’s “Dark” Projects 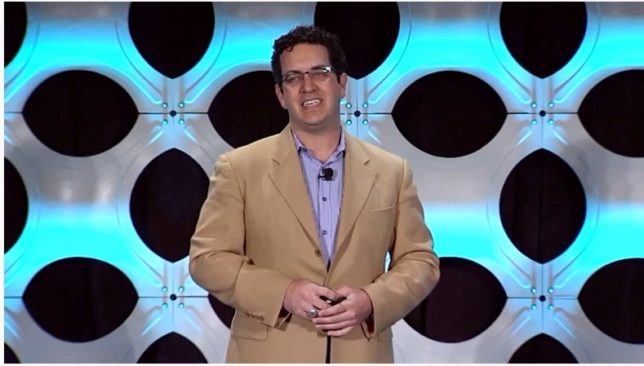 Jason Franklin is chair of the Proteus Fund's board of directors.
by Hayden Ludwig

While the Proteus Fund isn’t the most prolific fiscal sponsor on the Left—a title surely contested by both Arabella Advisors’ nonprofit network and the Tides Foundation—the group has incubated a number of highly influential groups.

The Media Democracy Fund was formed in 2006. The group calls itself a “catalyst” for “digital technology and social justice”; in reality, that means funding efforts to curb free speech online and pass control of the Internet to the federal government.

McChesney, the former editor of the socialist magazine Monthly Review, is an unabashed champion of total government control of the Internet. He’s criticized American media for being too “profit-driven,” concluding that “any serious effort to reform the media system would have to necessarily be part of a revolutionary program to overthrow the capitalist political economy.”

Free Press, the group founded by McChesney with startup capital from the Open Society Foundations and Pierre Omidyar’s Democracy Fund, was so effective at pushing such regulations that Obama’s FCC  cited it 46 times in the its arguments for net neutrality.

The Proteus Fund also runs Solidaire, a network of pooled funds similar to Proteus’s donor collaboratives. (It’s worth noting that Proteus’s relationship to Solidaire does not appear on either group’s website; nevertheless, job listings identify Solidaire as a “fast-paced project of Proteus Fund.”)

The group was formed in 2013 to direct funding to radical activist groups such as Assata’s Daughters, named after Black Liberation Army terrorist Assata Shakur, who lived in exile in Cuba after murdering a New Jersey state trooper in 1979. Queer the Land, another far-left Solidaire grant recipient, is a Seattle-based collectivist, eco-activist group that advocates against “all imperialism and militarism” in its quest for its “collective struggle to free the land.” Solidaire grantee Vigilant Love is a “healing and arts-driven organization” that opposes “Islamophobia and violence” supposedly brought about by President Trump’s election.

Proteus Fund founder Meg Gage stepped down as president in 2016 after 22 years in power. She remains on the advisory board of the Proteus-aligned group ReThink Media.

Gage was succeeded by Paul Di Donato, the former director of Proteus’s Civil Marriage Collaborative and a longtime consultant for major left-wing funders, including the Gates, Ford, and Arcus Foundations. Di Donato, a lawyer, previously worked as executive director of Funders Concerned About AIDS, another donors collaborative; prior to that, led the public policy arm of the San Francisco AIDS Foundation and directed the now-defunct group National Gay Rights Advocates. In 2017, Di Donato received total compensation of $225,659.

Jason Franklin is chair of Proteus’s board of directors. Franklin is adjunct faculty at New York University and holds the W.K. Kellogg Community Philanthropy chair at Grand Valley State University. He is a former member of President Obama’s Office of National AIDS Policy and was executive director of the philanthropy group Bolder Giving and the Rockefeller Foundation’s Next Generation Leadership Network. Proteus’s board of directors includes Helena Huang, a Ford Foundation program officer who previously worked at the Open Society Foundations, JEHT Foundation, and the voter mobilization group State Voices. Richard Burns, another board member, is interim CEO of the LGBT litigation group Lambda Legal and former COO for the Arcus Foundation. Patricia Eng is vice president of programs for the New York Women’s Foundation; before that, Eng was chief service officer for New York Mayor Bill de Blasio.

Proteus’s Value to the Left

Today’s liberals have no shortage of “dark money” funders able to channel billions of dollars to political activists each year. The Proteus Fund’s competitors include Arabella Advisors’ “pop-up” network, NEO Philanthropy’s census coordination activity, Atlantic Philanthropies’ oceans of lobbying cash, and the Tides Foundation’s “legal laundering” and impressive incubated army. Yet, the Proteus Fund is neither the biggest pass-through funder nor fiscal sponsor on the Left. In such a sea of shadowy groups, what separates Proteus from the rest of the Left?

Like all “dark money” groups, Proteus offers a veil of near anonymity to its donors. Wealthy foundations that don’t want to be directly tied to far-left activism can use “pass-throughs” like Proteus, which are themselves often misidentified as the original source of funding.

When Proteus does reveal some of its biggest donors to its “collaboratives” and more radical fiscal sponsorships, it’s probably a marketing ploy. The collaboratives often brag about their prestigious donors—usually major foundations—while the more radical projects rarely disclose their relationship to Proteus, let alone their grantors. One might suggest that this is meant to cast Proteus in a more respectable light—and garner more foundation funds.

In considering Proteus’s value to the Left, recall that the Fund is the culmination of the “pass-through” model founder Meg Gage developed in the 1980s. What did the “dark money” field look like when Gage formed Proteus in the 1990s?

Drummond Pike created the Tides Foundation in 1976 as a donor-advised fund provider for wealthy liberals, adopting a semi-pass-through model in later years. Chuck Feeney’s Atlantic Philanthropies was formed in Bermuda in 1982 but hadn’t yet begun funding major policy initiatives in the U.S.; it only received its complete endowment when Feeney sold his share of Duty Free Shoppers for $1.6 billion in 1997.

In 1983, “Nader’s Raiders” alum Donald Ross started NEO Philanthropy (then “Public Interest Projects”) as a nonprofit incubator, but the group wouldn’t become a multi-million-dollar census coordinator until the 2000s. And in the 1990s Arabella Advisors founder Eric Kessler was a staffer for the Clinton administration; he didn’t start building the Arabella nonprofit empire until 2005 and only formed the Sixteen Thirty Fund (the network’s lobbying arm) in 2009.

This paints a picture of the Proteus Fund as the progenitor of a model which later groups would use to even greater success than Proteus ever did. Today, the Fund which established much of the Left’s “dark money” grantmaking is a cog in the vast funding machine it helped create.