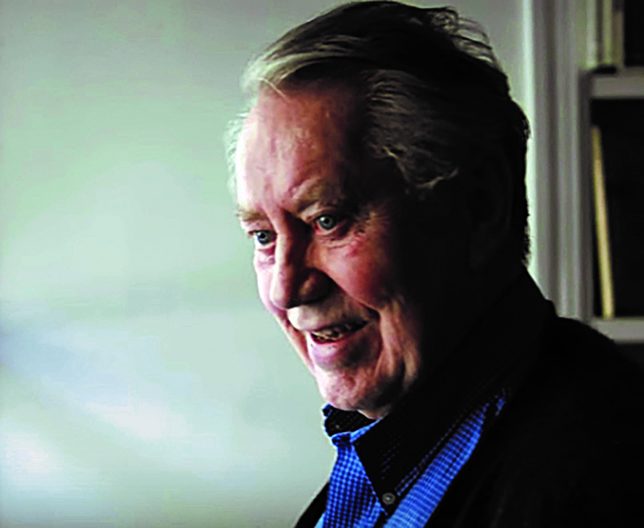 Summary: Armed with a large endowment from left-wing duty-free shopping tycoon Charles “Chuck” Feeney, the soon-to-dissolve Bermuda-based Atlantic Philanthropies invented a new way of using tax-privileged dollars to promote radical social change in America. The foundation mastered the subversive technique of funding 501(c)(4) action groups with tax-exempt money that, were the foundation based in the U.S., couldn’t be used to underwrite political activity of any kind. Atlantic takes credit for the enactment of Obamacare and even for driving immigration-enforcement hawk Lou Dobbs off CNN.

U.S. electoral politics isn’t supposed to be the playground of tax-exempt nonprofit corporations but in recent years the ever-resourceful Left has been bending the rules of the game in their direction.

Bermuda-based Atlantic Philanthropies, once a grantmaking foundation with billions of dollars at its disposal, has blazed a trail by exploiting a tax law loophole allowing it to spend philanthropic dollars on political activities. This practice allows the people who moan the loudest about the influence of money in U.S. politics to find new paths to power by injecting even more money clandestinely into the political process.

During Atlantic Philanthropies’ lifespan, it funded projects like the U.S. debate over Obamacare and pro-open-borders/anti-immigration-law enforcement efforts, to name just two. Notably, the organization continued plowing funds into 501(c)(4)s—in this case, its own—as it wound down its business.

As a result, The Atlantic Advocacy Fund (AAF) ranks in the top ten on the Center for Responsive Politics’ list of top “dark money” donor groups to politically active nonprofits. The AAF handed out $42,692,000 in dark money between 2008 and 2012.

Atlantic Philanthropies achieved this exalted position in the dark money world through a very simple scam. Capital Research Center president Scott Walter hit the nail on the head with the following observation: the fund’s Bermuda location “means it never had to make public U.S. tax filings that would reveal its grants, as American foundations must do.”

“Far more importantly,” Walter continues, “while American foundations almost never give money to (c)(4) groups because of the high legal hurdles that our laws erect, Atlantic Philanthropies, operating under Bermudan laws instead, has been able to pour hundreds of millions of offshore dollars into American (c)(4)s, with never a peep of criticism from the usual quarters, then or now.”

This clever gaming of U.S. tax law seems to have encouraged the preeminent funder of the Left, George Soros, to increase his giving to 501(c)(4) nonprofits: The Hungarian-born Soros created the Open Society Policy Center, (OSPC) which describes itself as “a non-partisan and non-profit 501(c)(4) organization that engages in advocacy aimed at influencing U.S. government policy on domestic and international issues, including civil rights and liberties, criminal justice reform, immigration, multilateralism, development assistance, health policy, and promotion of human rights, transparency and accountability.”

“[OSPC grantmaking] represents multiple six-figure grants given to other groups,” wrote The Hill contributor Megan R. Wilson, in January of this year, “such as Amnesty International, Americans for Tax Fairness and the Leadership Conference on Civil and Human Rights, among others—to perform their own lobbying.”

“The center has also been heavily involved in Puerto Rico,” she continues, “both before and after a hurricane ravaged the island in the fall, working on issues related to its fledgling economy, government accountability and access to health care.”

The 501(c)(4) nonprofit is central to the Atlantic Philanthropies’ admittedly inventive strategy. According to the IRS, this type of nonprofit is defined as “a social welfare organization,” and is required to “be operated exclusively to promote social welfare,” with its primary purpose the advancement of “the common good and general welfare of the people of the community (such as by bringing about civic betterment and social improvements).”

A social welfare organization can also be markedly more political in its activities than an ordinary 501(c)(3) (which is prohibited from influencing the outcome of an election) as long as political activities aren’t its primary focus and don’t cross the fuzzy line separating public-spirited advocacy from outright partisanship. A 501(c)(4) can engage in unlimited lobbying to change public policy—whether direct lobbying to legislators or grassroots lobbying that asks the public to contact legislators. That’s because pursuing legislation relevant to its programs “is a permissible means of attaining social welfare purposes,” according to the IRS. But promoting social welfare is not supposed to include “direct or indirect participation or intervention in political campaigns on behalf of or in opposition to any candidate for public office.” (In plain English, a 501(c)(4) can’t coordinate with any political campaign to help someone or a particular party win—or lose—an election.)

The modern-day 501(c)(4) framework is perhaps best understood by tracing its history and development: According to scholars, the 501(c)(4) nonprofit structure appears to derive from the Revenue Act of 1913, also called the Underwood Tariff Act (see “The history of the 501(c)(4) exemption,” by Jacob Gershman, Wall Street Journal, Nov. 26, 2013).

“The legislative history of the Tariff Act contains no reason or explanation for the exemption,” explained Robert J. Desiderio, dean emeritus of the University of New Mexico School of Law. “The general belief is that [the] United States Chamber of Commerce pushed for the enactment of exemptions for both civic and commercial nonprofit organizations.”

According to legal scholar Laura B. Chisolm of Case Western Reserve University, “…the statute also sought to carve out exemptions for “organizations which could not qualify as charitable, educational, or religious, but whose activities somehow benefited the general public.”

Over time the IRS enlarged the exemption to cover more political territory, allowing 501(c)(4) groups to lobby and participate in a wider spectrum of activities: The “notion that the section 501(c)(4) social welfare organization category is an appropriate classification for politically active charitable organizations seems to have originated with the IRS in the 1950s,” Chisolm wrote, citing a 1955 IRS revenue ruling pertaining to the tax-exempt status of a group that urged government to “practice wise economy in public spending.”

The IRS found such a group’s “principal means of accomplishing these purposes is the printing and dissemination of literature devoted to advocating the principles which it supports. Occasionally, the literature may advocate or oppose pending legislation.”

The federal government formalized the policy a few years later, labeling as an “action organization” any group involved in the legislative process. According to Chisolm, it issued regulations allowing such action organizations to be considered social welfare organizations under section 501(c)(4).

In 1981, the IRS further muddied the waters by relaxing the rules governing political campaign activities, determining “[An] organization may carry on lawful political activities and remain exempt under section 501(c)(4) as long as it is primarily engaged in activities that promote social welfare.” Whatever that means.

What constitutes crossing the line into exemption-revoking political activities isn’t at all clear and has always been a difficult question to answer.

In the next installment of Dark Money Ascendant, learn how so-called “dark money” comes into play to fund Leftist causes.