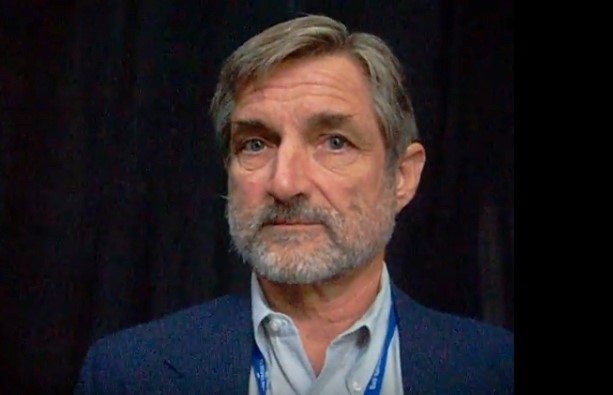 Editor’s Note: As of April 4, CRC’s March 29 response to Steve Dubb’s article on Nonprofit Quarterly critiquing this series is still pending approval by NPQ. As such, we wanted to share the additional information with our readers:

Thanks for taking the time to read and respond to my article on the Tides Foundation. I appreciate your confirming that the Apollo Alliance did, in fact, merge with BlueGreen Alliance in 2011; I’ve corrected the piece to reflect that point.

By the way, I noticed a careless oversight in your article: While ACORN officially declared bankruptcy in 2010, many of the network’s parts just reconstituted themselves under new names while continuing ACORN’s work – something the Capital Research Center has documented since 2011 (see link here). As then-ACORN leader Bertha Lewis put it, “I think the Right is going be sorry. What doesn’t kill you makes you stronger and they didn’t really kill us. They just made us stronger.”

Hope to see more of your commentary on CRC’s work in the future.

“When is a foundation not a foundation?” notes the conservative website Activist Facts. “When it gives away other foundations’ money.”

If you haven’t heard of the Tides Foundation, you’ve almost certainly experienced their handiwork. For nearly half a century, Tides and its web of subsidiaries have funded hundreds of organizations on the professional Left with tens of thousands of grants. Collectively, Tides forms one of the largest “pass-through” organizations in the United States—operating a legion of specialized funds designed to maximize the flow of donations to far-left nonprofits while minimizing donors’ public exposure to the fruits of their largesse.

This vast shroud has earned Tides a reputation as a “dark money” heavyweight (dark money being defined as donations that cannot be traced back to the original donor) and rightly so. Since the mid-1970s, Tides has brokered billions of dollars between left-wing philanthropists and groups that fund the “social justice” agenda. Over the years, Tides has weaponized its 501(c)(3) IRS tax-exempt status to “incubate” hundreds of organizations, many of which underpin the Left’s political infrastructure today.

Tides is a well-funded machine with numerous interlocking parts; but this enormous consortium has its humble origins in the anti-war movement of the 1970s.

Drummond Pike is the son of a San Francisco Bay Area investment banker, a lifelong political activist, and the architect of the Tides Foundation. Pike entered the political scene in the late 1960s as an anti-Vietnam War protester at the University of California, Santa Cruz.

In 1970, Pike was made associate director of the Youth Project, then a newly formed group in Washington, D.C., that acted as a channel for wealthy donors to support left-wing activism. According to the right-of-center website Discover the Networks, the Youth Project’s founders were closely associated with the Center for Community Change, another activist funder founded in 1968 by Jack T. Conway, a veteran labor union activist and anti-war protester who previously headed the grantmaking arm of President Lyndon B. Johnson’s War on Poverty. (The influential Conway later served as president of Common Cause, a pro-Democrat nonprofit, and then as executive director of the mega-union American Federation of State, County and Municipal Employees, or AFSCME.)

As a political activist, Drummond Pike has played a key role in founding many organizations that support left-wing causes. In 1980, Pike helped found the National Network of Grantmakers (NNG), a network that united some 400 progressive donors and staff to funnel grants towards political activist groups. NNG envisioned the United States as a fundamentally racist country, and sought to establish “systemic change… in order to create an equitable distribution of wealth and power,” according to its mission statement. Throughout its existence, NNG maintained close ties to the Tides Foundation, and had a Tides representative on its board. NNG appears to have shuttered around 2009 as its documentation ends around that time, though its ultimate date remains obscure. This writer believes the organization was likely rolled into the newer National Network of Consulting Grantmakers, which calls itself “a Tides Center project” founded in 2006.

In 1985, Pike and a handful of wealthy liberal philanthropists founded Working Assets (rebranded CREDO in 2007), a for-profit telephone service provider headquartered in San Francisco. The firm is characterized for its strong financial support of left-wing groups including Planned Parenthood, Rainforest Action Network, Greenpeace, Democracy Now, Oxfam America, Amnesty International, and the American Civil Liberties Union. CREDO brags that, as of 2016, it has given $85 million in donations to “key issues such as women’s rights, the environment, peace and social justice”—money, of course, that’s funneled through the Tides Foundation. Among other things, CREDO advocates a staunchly progressive platform: they opposed the Keystone XL oil pipeline, the 2010 Supreme Court Citizens United decision, Tea Party candidates, and the Iraq and Afghanistan wars; while supporting single-payer healthcare and get-out-the-vote efforts for Democratic candidates.

Drummond Pike has numerous ties to other left-wing organizations. He has served as an officer or board member of many organizations, including the Democracy Alliance, the Threshold Foundation, the Environmental Working Group, the Institute for New Economic Thinking, the Sierra Fund, and others. He is a notable Democrat, and regularly gives to Democratic Party candidates, including Barack Obama, Barbara Boxer, Nancy Pelosi, Elizabeth Warren, John Edwards, John Kerry, Russ Feingold and Sherrod Brown.

In 1976, Pike collaborated with Arca Foundation president and R.J. Reynolds Tobacco Company heiress Jane Bagley Lehman to form the Tides Foundation in Sausalito, California. As CRC president Scott Walter notes: “Pike’s use of the concept of the donor-advised fund is supposed to have originated when a New Mexico couple asked him to help them make anonymous grants to several environmental groups.”

But whatever its origins, Tides’ purpose was clear: to work with “community-based nonprofit organizations and the progressive movement through innovative grantmaking.” It even bills itself as “a one-stop shop for donors, activists, and organizations in the social justice movement.”

From the beginning, Tides was set up to be a prominent “donor-advised fund” (DAF) provider, a nonprofit structure pioneered by Pike that intentionally obscures the connection between donors and grantees.

In a DAF, an IRS-registered 501(c)(3) nonprofit sponsors a fund that individual donors can contribute to, while recommending to the fund’s manager which organizations they’d like their money to support. While DAFs have existed since the 1930s, they didn’t receive a legal structure from Congress until 1969. Without a doubt, the success of the Tides Foundation has encouraged their proliferation in philanthropy.

DAFs are one of the fastest-growing philanthropic giving vehicles in the country, reporting over $23 billion in contributions in 2016 alone. According to the nonprofit National Philanthropic Trust, DAFs hold combined assets of $85 billion concentrated in four states: Massachusetts, California, Pennsylvania, and New York. Those states also house over half of the 285,000 individual DAFs in the U.S.

For donors who don’t wish to create private foundations of their own (or who seek to avoid being seen funding politically active groups while maintaining 501(c)(3) tax write-offs) DAFs are very useful. This legal veil is the key to Tides’ success. Unlike traditional foundations which are tied to the wealth of a particular family or entrepreneur—the Ford, Packard, and Rockefeller Foundations, for example—Tides has always been a “pass-through” organization designed to scrub away the connection between donor and dollar.

While IRS rules require Tides to disclose its grantees, it isn’t required to report where individual donors’ grants go. This obfuscation led the conservative website Activist Facts to call Tides less of “a philanthropy than a money-laundering enterprise.” It insulates politically motivated grants from the public eye, exactly what Tides wants. As Drummond Pike put it in the Chronicle of Philanthropy, “Anonymity is very important to most of the people we work with.”

Information on who funds the Tides Foundation remains obscure. The website Foundation Search reports $620.5 million in 2,731 grants to the organization between 2001 and 2015. Tides’ federal filings for 2015 show revenues of nearly $158 million, expenses topping $166 million, and net assets of $187 million.

Disturbingly, during the Clinton administration, the Tides Foundation received nearly $8 million in grants from federal agencies–including the Department of Interior, Environmental Protection Agency, Department of Housing and Urban Development, Department of Agriculture, Department of Energy, Small Business Association, Department of Health and Human Services, and the Centers for Disease Control and Prevention. Data from the website USA Spending shows $23 million in further federal agency funding to the Tides Center (a subsidiary) from 2008-2017 in the form of contracts and grants.

Tides also sucks in money as part of its pass-through services, keeping a percent of donations made to its donor-advised fund for itself. It has quietly benefitted from donations from various left-wing “save the Earth” campaigns, including $56,500 from the Ben & Jerry’s Foundation, these funds raised as part of the ice cream producer’s Rainforest Crunch-flavor charity drive.

In the next installment of Tides’ Legal Laudering, we investigate the vast network of left-wing groups benefiting from Tides’ laundered largesse.