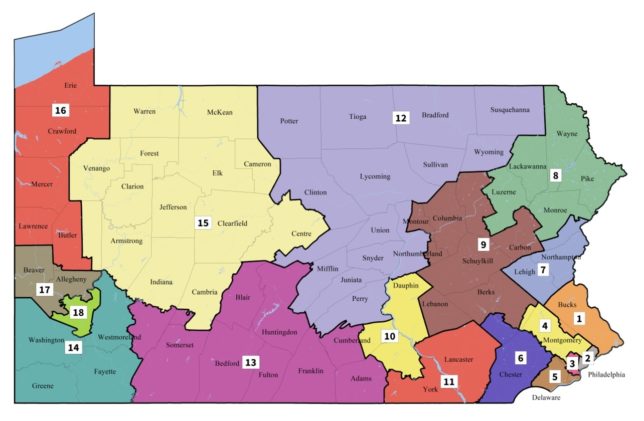 When political strategist Karl Rove wrote those words, he was predicting a coming Republican wave that would seize control of state legislatures across America just in time for the 2010 redistricting process, when America’s 435 districts for the House of Representatives are redrawn.

Rove was right, and the GOP’s efforts paid off: Republicans defeated 492 Democratic incumbents in the 2010 midterm elections and picked up majorities in 20 legislative chambers.

The Constitution mandates that all congressional districts be reapportioned between the states based on population and redrawn as needed by state legislatures after each census, held every 10 years. This makes redistricting a powerful—and inherently partisan—process for the party in power.

Naturally, liberal critics accused Republicans of “gerrymandering” after 2010, drawing biased maps favoring their party in the states where they held majorities, thereby cementing a conservative advantage in future elections.

But a decade after the 2010 Republican sweep, the Left has wised up to the importance of redistricting. A slew of well-funded activist groups focused on winning state legislatures have emerged with a plan to redraw America’s congressional maps to favor Democrats. If they garner majorities in the 2020 election, they could ensure Democratic control of Congress until at least 2030.

That fight comes down to a handful of key battleground states, particularly Pennsylvania, where Donald Trump narrowly edged Hillary Clinton 48.2 percent to 47.5 percent in 2016 and Republicans maintain a modest majority in the state legislature. To counter this, left-wing groups in the Keystone State have a three-point plan to ensure their dominance in the coming decade:

And it’s working. In 2018, the Left made big gains in Pennsylvania through a combination of whipping up support among the so-called New American Majority—ethnic and minority groups, LGBT identity groups, recent immigrants, and women—and successful litigation to throw out the state’s congressional maps as unconstitutionally favorable toward Republicans.

Perhaps unsurprisingly, it’s coordinated and funded by elite groups in Washington, DC. Chief among them is Eric Holder, the Obama administration’s scandal-ridden and disgraced former U.S. attorney general, whose team of lawyers forms the vanguard in the Left’s redistricting war.

In the next installment of Plans to Flip Pennsylvania, learn about the effort to redraw congressional maps.