Nonprofits in the Biden Administration: Special Interest and Advocacy Groups 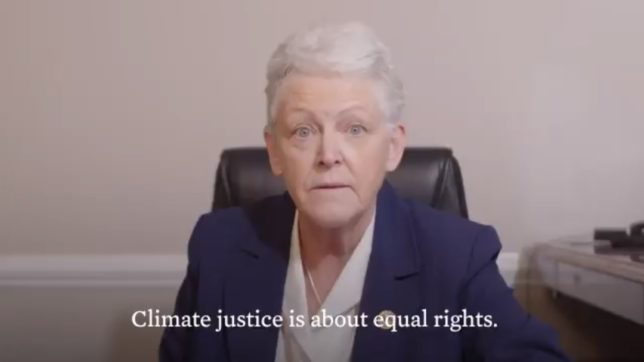 The Capital Research Center maintains a detailed InfluenceWatch profile on the Biden Administration, noting especially the professional backgrounds and affiliations of the president’s nominees and appointees. This post is the second in an occasional series on those associations.

Many of those serving in the Biden administration have previously worked for left-leaning special interest and advocacy groups. The influence of these organizations, which strive to shape public policy along their desired lines, should be kept in mind when considering the administration’s actions.

In the White House’s new Office of Domestic Climate Policy, both National Climate Advisor Gina McCarthy and Deputy National Climate Advisor Ali Zaidi held positions at the Natural Resources Defense Council—another very large environmental nonprofit with 2020 revenues of over $197 million. It managed to file 100 lawsuits against the Trump administration by the end of 2019, an average of one every 10 days. McCarthy was the Natural Resources Defense Council’s immediate past president, while Zaidi was a former board member. Another hire at the Office of Domestic Climate Policy—Chief of Staff Maggie Thomas—came from her position as political director of the 501(c)(4) advocacy group Evergreen Action.

McCarthy also recently served on the boards of the Energy Foundation and Ceres, the latter being a leading proponent of environmental, social, and corporate governance (ESG) shareholder activism. ESG activists file resolutions with public companies, seeking to pressure those companies into adopting policies that align with the shareholders’ sociopolitical ideology. A 2021 Proxy Preview report cataloguing this activism recognized Ceres for coordinating “nearly all” of the climate change–related shareholder proposals filed in that year.

Other administration officials with backgrounds at environmental groups include White House Deputy Cabinet Secretary Cristobal Alex, who has sat on the boards of the League of Conservation Voters and the Environmental Defense Action Fund, and the Interior Department’s Assistant Secretary for Water and Science Tanya Trujillo, who was a project director at the Colorado River Sustainability Campaign.

Given organized labor’s importance to the Democratic Party, it is no surprise that a number of those tapped for roles in the president’s administration have union backgrounds. As the Capital Research Center’s Michael Watson has observed, this is well illustrated by Secretary of Labor Marty Walsh, who served as president of Laborers’ Local 223 and led the Boston Building Trades Council prior to being elected as that city’s mayor. Indeed, the Boston Globe wrote during his 2013 mayoral campaign that “[o]rganized labor has defined Walsh’s career.”

Elsewhere in the Labor Department, Deputy Undersecretary for International Labor Affairs Thea M. Lee spent two decades in multiple roles at the AFL-CIO, the largest union federation in the country. Deborah Greenfield, now senior advisor at the Labor Department’s Office of the Assistant Secretary for Policy, worked more than 10 years at the AFL-CIO, in addition to earlier positions at the Association of Flight Attendants and the Communications Workers of America.

Teachers unions are also well-represented. At the Department of Education, Senior Advisor for Policy and Planning Donna Harris-Aikens was formerly senior director for education policy and practice at the National Education Association (NEA). Principal Deputy General Counsel Emma Leheny was the NEA’s senior counsel after serving as chief counsel for its state affiliate, the California Teachers Association. Vice President Kamala Harris’s chief of staff in the White House, Hartina Flournoy, previously served as assistant to the president for public policy at the American Federation of Teachers.

The Department of Justice

While Attorney General Merrick Garland’s background is as a jurist, some of his high-ranking subordinates have held leadership positions at prominent activist groups.

Perhaps the most notable of these is Associate Attorney General Vanita Gupta, who was president of the Leadership Conference on Civil and Human Rights (LCCHR) immediately prior to her nomination. The LCCHR is a civil rights–oriented coalition of more than 200 mostly left-leaning groups, which are themselves active on a wide spectrum of issues. The LCCHR includes the Sierra Club, the Southern Poverty Law Center, Planned Parenthood, the ACLU, the Open Society Policy Center, and numerous labor unions such as the SEIU and the National Education Association, to name a handful of examples. Some LCCHR members, like the National Lawyers Guild, have a relatively far-left ideological orientation. Prior to joining the LCCHR, Gupta also worked at two of its member groups: the ACLU and the NAACP Legal Defense and Educational Fund.

Another important Justice Department official associated with the LCCHR—she was a recent board member—is Assistant Attorney General for Civil Rights Kristen Clarke. While Clarke also formerly worked at the NAACP Legal Defense and Educational Fund, her most recent role was as president and executive director of the Lawyers’ Committee for Civil Rights Under Law. Another civil rights group with a legacy dating back to the 1960s, it has recently lent its support to some policy proposals that many Americans would probably consider fairly radical and not necessarily in-line with their understanding of promoting civil rights.

For example, the Lawyers’ Committee is one of the five nonprofits behind the Alliance for Housing Justice—the organizational proponent of a “homes guarantee” platform that would upend the American real estate sector. Specific proposals, apparently endorsed by the Lawyers’ Committee by virtue of its participation in the alliance, include constructing “12 million new, non-market social housing units in the next decade,” enacting universal rent control and a federal prohibition on single-family zoning, providing racially-based housing reparations, and promulgating a “Green New Deal for Housing.” In addition to heading the Lawyers’ Committee, Clarke also served on the board of a second of the five nonprofits behind the Alliance for Housing Justice: the Poverty and Race Research Action Council.

Helping to Understand the Administration

Additional examples of Biden administration officials with nonprofit advocacy backgrounds abound. Cristobal Alex was president of the Latino Victory Project. Pamela Karlan, principal deputy assistant attorney general in the Justice Department’s Civil Rights Division, served on the boards of the American Constitution Society and the Campaign Legal Center. Catherine Lhamon, deputy director of the Domestic Policy Council for racial justice and equity, was once an assistant legal director at the ACLU of Southern California. Amber McReynolds, now a member of the U.S. Postal Service board of governors, was the founding CEO of the National Vote at Home Institute and its affiliated 501(c)(4).

Of course, it makes sense that an administration would populate itself with those whom it considers to be ideological allies. But the sorts of proposals championed by left-of-center special interest and advocacy groups may prove rather less popular with the American public writ large than among those groups’ issue-driven supporters and constituents. To the extent such proposals wind up as official government policy, the influence of these organizations on shaping the views and actions of the relevant executive branch personnel should not be too quickly discounted.