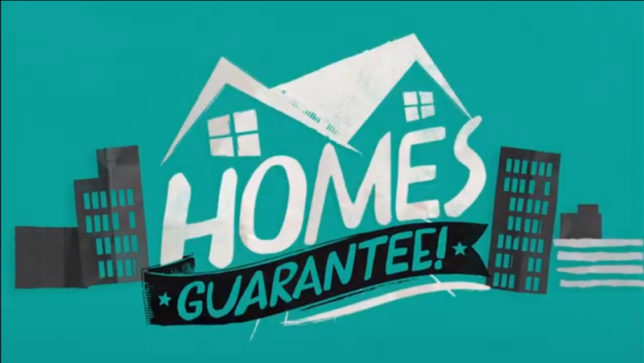 Rahm Emanuel famously remarked in 2008 that “you never want a serious crisis to go to waste.” Accordingly, a complex network of advocacy groups is using the COVID-19 pandemic to push radical socialized housing policies, and they have no intention of letting the opportunity slip away.

Recognizing the financial strain that the COVID-19 pandemic would place on Americans—and the outsized impact of housing expenses on many family budgets—federal, state, and local governments have enacted a series of coronavirus response initiatives designed to help alleviate this burden. Among other things, these laws have pursued direct cash payments, mortgage deferments, and moratoriums on evictions and utility shutoffs.

Such temporary emergency measures are understood by many across the political spectrum as critical bulwarks against the suddenly trying times millions of Americans are facing through no fault of their own. But some activist groups take issue with the word “temporary.”

A representative from one such organization recently remarked:

My duty as an organizer is to leverage this crisis into the clear case for a homes guarantee, the establishment of housing as public good and a guarantee of a safe, accessible, and sustainable home for everyone.

Proposals for a national homes guarantee have been percolating among leftist advocacy groups for years. Now, these proposals suddenly have the COVID catalyst to drive them. For these groups, dramatic government efforts in crisis mitigation are not a means to a (hopefully near) end, but a component of the ends themselves.

A national homes guarantee is a drastic assumption of control over real estate by government, with the goal of shifting large segments of the housing sector from private to public control—in other words, “de-commodifying” it to the extent possible.

A briefing book released by the activist coalition Homes Guarantee (officially a project of the left-wing 501(c)(4) nonprofit People’s Action) lays out proposals in considerable detail. Spread across 20 pages of wildly ambitious and outrageously expensive ideas are the specifics of a core concept: The federal government (i.e., taxpayer) will guarantee “safe, accessible, sustainable, and affordable homes” to everyone, with a “legally enforceable right to affordable housing” against the U.S. Department of Housing and Urban Development.

Another coalition, the Housing Justice National Platform for a Homes Guarantee, puts forth similar proposals categorized as part of five overarching goals. Endorsed by roughly 90 local, state, and national activist groups, the Housing Justice National Platform is a project of the Alliance for Housing Justice, which is a project of the 501(c)(3) nonprofit law firm Public Advocates in conjunction with four other nonprofits: the Right to the City Alliance, PolicyLink, the Poverty & Race Research Action Council, and the Lawyers’ Committee for Civil Rights Under Law.

The platform offers policy prescriptions that would upend the American real estate sector. Specific proposals include:

Of course, none of these ideas are COVID-dependent, yet Homes Guarantee and the Housing Justice National Platform have both recently released statements explicitly tying their platforms to the pandemic. While some of these COVID demands are reasonable as temporary propositions, others go far beyond the exigencies of the crisis, pushing instead for “a robust public sector that can guarantee housing as a right: a Homes Guarantee . . . we must not lose focus on the goal that housing must be guaranteed as a public good, not treated as a commodity.”