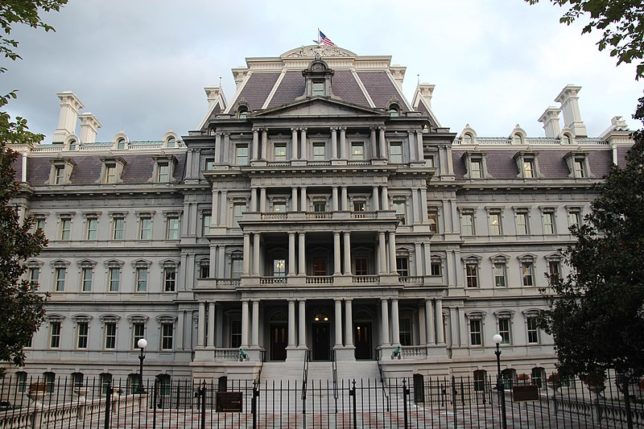 The Capital Research Center maintains a detailed InfluenceWatch profile on the Biden administration, noting especially the professional backgrounds and affiliations of the president’s nominees and appointees. This post is the first in an occasional series on those associations.

The Biden administration has drawn heavily from the world of nonprofit think tanks—an organizational category with an admittedly imprecise definition. Such groups were a common landing place for Obama administration personnel during the Trump presidency, many of whom have now returned to government service.

Several high-ranking officials came from one of the president’s own namesake institutions. Two former managing directors of the Penn Biden Center for Diplomacy and Global Engagement—a foreign policy–oriented affiliate of the University of Pennsylvania that the left-of-center American Prospect has called “Biden’s personal think tank”—serve in the administration: Secretary of State Antony Blinken and Counselor to the President Steve Ricchetti. Deputy Secretary of State for Management and Resources Brian P. McKeon and Under Secretary of Defense for Policy Colin Kahl also formerly held positions at the Penn Biden Center.

The Brookings Institution sent more than a dozen members of its foreign policy program to the administration, including Director of National Intelligence Avril Haines and Under Secretary of State for Political Affairs Victoria Nuland—both of whom were former nonresident senior fellows. Additional Brookings alumni who hold high-ranking executive branch positions include Secretary of the Treasury Janet Yellen (a recent distinguished fellow in residence), and Director of the Domestic Policy Council Susan Rice, who was a senior fellow from 2002 to 2008.

Other think tanks with numerous personnel in the administration include the Center for a New American Security, which announced the day after the inauguration that 11 of its experts, alumni, and board members had been tapped for “positions of responsibility,” including Haines, Nuland, and Kahl. Haines has also been affiliated with the Carnegie Endowment for International Peace, as have Secretary of Veterans Affairs Denis McDonough, Special Presidential Envoy for Climate John Kerry, National Security Advisor Jake Sullivan, White House Press Secretary Jen Psaki, and CIA Director William J. Burns, who was most recently the organization’s president.

The Center for American Progress

Sliding the scale more to the left, perhaps no think tank (or any nonprofit, for that matter) is more closely linked to the Biden administration than the Center for American Progress. Founded in 2003 by John Podesta, this Democratic establishment mainstay operates as a 501(c)(3) nonprofit with 2019 revenues of over $47 million, alongside a 501(c)(4) affiliate with 2018 revenues of about $9 million. According to one report from Business Insider and referenced by other outlets, at least 60 individuals with ties to the center now have roles in the administration.

No doubt the most notable of these is Senior Advisor to the President (and withdrawn nominee for director of the Office of Management and Budget) Neera Tanden. Connected to the center from the start—she’s listed as one of the nonprofit’s five highest-paid independent contractors in 2003—Tanden had served nearly 10 years as its president and CEO before joining the Biden White House.

Other important administration officials with ties to the Center for American Progress include Secretary McDonough, who was once a senior fellow there, and White House Chief of Staff Ron Klain, who was formerly a board member at the organization’s affiliated 501(c)(4). Chief of Staff to the Secretary of Defense Kelly Magsamen came straight from her position as the center’s vice president for national security and international policy, while Carmel Martin—now deputy director of the Domestic Policy Council for economic mobility—was the organization’s executive vice president for policy from 2013 to 2017.

If former Economic Policy Institute staff hired into the Biden administration are any indication, the president’s policy priorities are closely aligned with those of the institute. Those priorities are, in turn, closely aligned with organized labor. Nearly one-third of the Economic Policy Institute’s board consists of the sitting presidents of some of the largest unions in the country, and in 2020 approximately 17 percent of its total funding came from labor unions.

Two of the three members of the president’s Council of Economic Advisers—Heather Boushey and Jared Bernstein—previously worked as economists at the Economic Policy Institute. Boushey later went on to lead the Washington Center for Equitable Growth, which itself grew out of the Center for American Progress. Janelle Jones, the Department of Labor’s chief economist, was a former analyst at the Economic Policy Institute, while Thea M. Lee, now deputy undersecretary for international labor affairs, had been serving as its president since 2017.

The line between think tank and activist group is anything but bright, and this is well-illustrated by the self-described “think-and-do” tank Demos. Its research, litigation, and advocacy activities span a number of left-progressive priorities. It has voiced support for the Green New Deal and called for “structural reform of the Supreme Court” in order to “quickly reverse Republicans’ illegitimate theft of the Court.” Demos has also proposed a constitutional amendment that would, among other things, mandate automatic and same-day voter registration, abolish the Electoral College, allow currently incarcerated felons to vote, and make Washington, DC, the 51st state.

Sabeel Rahman, the immediate past president of Demos, is now serving as senior counselor in the Office of Information and Regulatory Affairs in the Biden administration. Deputy Secretary of the Treasury Wally Adeyemo was a member of the organization’s board of trustees as recently as 2020.

Many have commented on the “revolving door” nature of the relationship between think tanks and the federal government. The American Prospect, for example, characterized the Penn Biden Center as “another holding pen for officials who would land senior positions in the Biden administration.” This is a bipartisan phenomenon, and as election cycles come and go, it allows for presidential administrations and nonprofit think tanks alike to exert significant influence upon one another through their extensive exchange of personnel.