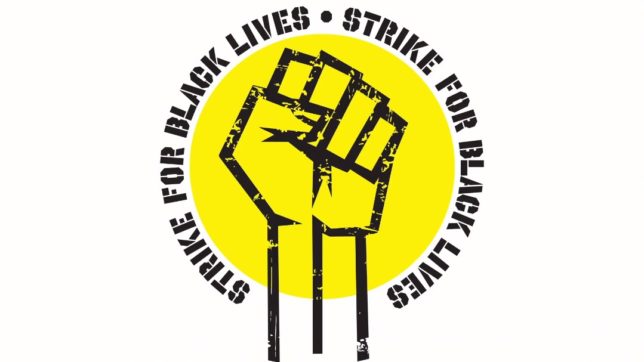 Various government worker unions—including the American Federation of State, County, and Municipal Employees (AFSCME) and state affiliates of the National Education Association; mixed-sector unions such as the SEIU; and private-sector unions such as the Nonprofit Professional Employees Union—announced that they might authorize work stoppages for left-progressive “racial justice.” In practice, the work stoppages would be a “general strike” to hold cities hostage to union demands: support of Black Lives Matter and other radical-Left aims, including defunding the police, government-run health care, and universal basic income. (If the Green New Deal FAQ is any indication, universal basic income would be for both those unable to work and those unwilling to work.)

In my earlier piece on the American Compass manifesto, I criticized the signers and the labor conservatives they represented for ignoring the details of organized labor as it currently exists:

A sufficiently detailed analysis would force the labor conservatives to reckon with unions’ aggressive social liberalism, both in funding social liberal groups and in campaigning for woke-progressive workplace activism. It would force them to acknowledge the deep links between labor union-aligned academics and the Marxian radical Left. They would have to struggle with the realities of labor union staff and activists, characterized by some on the left as “the ‘wokest’ spaces in left-of-center politics.” They would also need to recognize the overwhelming partisanship of labor unions relative to other special interests. And they would have to grapple with the all-too-frequent incidence of labor unions’ advocacy alongside employers at the expense of consumers and the general public.

Fortunately, I suppose, Big Labor has now cast those details into sharp relief—and not just in this general-strike threat. Across the country, labor unions are standing not as the authentic voice of the working class but rather as the voice of the professional “latte liberals” interested in radical left-progressive ideals, such as defunding the police. In Michigan, a union of university graduate-student instructors has authorized a strike while demanding the university “cut all ties with police” and all but extend lockdown and “virtual learning” without limit. The Los Angeles teachers union has demanded defunding the police as part of the left-wing laundry list it put out as the price for ending its de facto sick-out and allowing classrooms to reopen.

A Question of Values

Defenders of labor conservatism often look back fondly on the models of labor unionism such as the anti-socialist collective bargaining of Samuel Gompers or the Cold War liberalism of Lane Kirkland. But those days are dead; Big Labor ensured they died when the government worker unions, which today make up nearly half of the American labor movement, placed a reported Democratic Socialist, John Sweeney, in charge of the AFL-CIO with his future successor Richard Trumka alongside him in 1995.

Organized labor freely chose to become a pressure group for socialism and the radical “woke” left. Given the opportunity to continue along its path of political moderation with Kirkland’s chosen successor Tom Donohue, the AFL-CIO chose otherwise. The faction led by Andy Stern of SEIU that later left the AFL-CIO left because the AFL-CIO was not aggressive enough in its anti-business advocacy and card-check coercion.

The labor conservatives have never dealt with this reality: Big Labor is woke-progressive because as an institution it has chosen to be woke-progressive. For the (at least) 40 percent or so of union-represented families who are not woke-progressive in their political outlook, this is a serious problem.

The labor conservatives are correct to seek a better form of representation for these working families. They are profoundly misguided to seek that representation in the contemporary American labor movement.