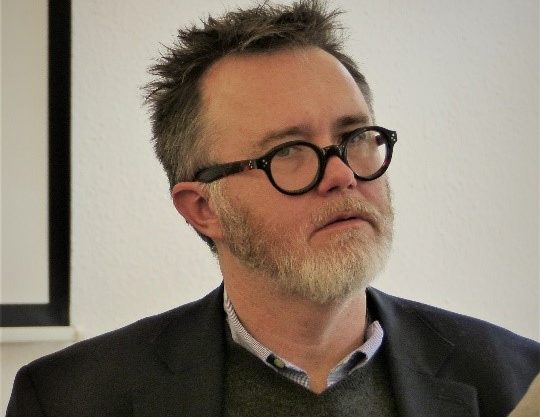 Rod Dreher of the American Conservative has inquired extensively into the prospects of “small-o” orthodox Christians in a world dominated by a socially progressive “woke” technology industry, most prominently through the book The Benedict Option. One reader of Dreher, a government worker and SEIU member with conservative leanings, proposed the union as a vehicle to defend his social conservatism by protecting his workplace rights.

That was naive for several reasons, and another of Dreher’s readers, an anonymous “liberal reader who is in a position to know,” confirmed its naivety for an important and often under-remarked reason: The personal networks of union staff are far-left wing. The reader writes:

The political departments of unions tend to be the “wokest” spaces in left-of-center politics. There seems to be a pretty massive generational divide, as there is with anything these days, and the 20- and 30-somethings who staff these jobs tend to be further to the left than people who work for Democratic candidates and committees. There’s definitely a lot of cross pollination between the two worlds (after all, unions are effectively an auxiliary of the Democratic Party, perhaps now than ever before), but at D.C. headquarters of any union, you’ll find a subset of true-believers who want to smash capitalism and re-engineer society in a way that the average party hack generally does not.

The interlocking networks of union staff and alumni and the staff and alumni networks of social-liberal and radical-left organizations are extensive, and they demonstrate the second problem with trying to coopt labor unionism in the interests of conservatism: Labor unions and their employees, officers, and directors are too deeply interlinked into an infrastructure of left-progressivism to be trusted to protect conservative, especially social conservative, interests against corporate infringement. Both union staff and officers and the unions themselves are enmeshed in networks that encourage them to act as agents of the broader left-progressive consensus, even if some 40 percent or more of the members of the unions do not support that consensus.

It would be difficult to establish whether Dreher’s “liberal reader” is correct in identifying labor union political departments as “the ‘wokest’ spaces in left-of-center politics,” but it is possible to identify the interlocking alumni networks of former labor union employees and officers working or sitting on the boards of social-liberal groups. A position with a labor union is frequently one of the early items on a liberal operative’s resume. Even senior positions with labor unions can lead to senior positions in social-liberal activism.

Two major figures who followed this secondary path are Cecile Richards and Vicki Saporta, who each parlayed a career in union organizing into a rise to the top of a major pro-abortion organization. Richards, the better known of the pair for heading the Planned Parenthood Federation of America from 2006 until 2018, came from a political family: She’s the daughter of Ann Richards, the most recent Democratic governor of Texas, and David Richards, whom the Austin Chronicle identified as the city’s “most visible and active attorney for the left.” Cecile started her career as a union organizer, rising to lead the SEIU’s Justice for Janitors mobilization campaign in Los Angeles before shifting her focus to abortion advocacy. In this path she followed Saporta, who had risen through the organizing ranks of the International Brotherhood of Teamsters to become the infamously corrupt union’s organizing director in 1983. In 1993, Saporta left the union and by 1995 was named the president of the National Abortion Federation, an advocacy group representing abortion providers. Saporta would hold that position until 2018.

Richards and Saporta are not alone in having Big Labor and Big Abortion on their resumes. Nicole Berner, the general counsel to the SEIU, was formerly a Planned Parenthood staff attorney. Debra Ness, president of the “reproductive rights” group National Partnership for Women and Families, is also an alumnus of NARAL Pro-Choice America and the SEIU. Justine Sarver, an Obama operative and the former executive director of liberal state-policy shop Ballot Initiative Strategy Center, is an alumna of the ACLU of Northern California, Planned Parenthood Affiliates of California, and the San Diego Labor Council AFL-CIO.

A similar set of connections ties the labor union world and the environmentalist activist world. Khalid Pitts, a political consultant now with Democracy Partners, works as national political director for the Sierra Club. During the debate over Obamacare, Pitts was the director of strategic campaigns for SEIU and played an important role in HCAN, the union-led coalition that secured the law’s passage. Ben Kroetz, a Greenpeace staffer, is an SEIU alumnus. Britt Cocanour, a managing director for liberal public relations firm Grossman Heinz, is likewise an alumna of Greenpeace, the SEIU, and Emily’s List.

The world of liberal institutional philanthropy is also deeply networked with labor union activists. The most prominent such alumnus is Patrick Gaspard, the former executive vice president for politics and legislation of 1199SEIU (“the union that rules New York”) and Obama administration official. In 2017, he was appointed to head the Open Society Foundations, George Soros’s principal advocacy-philanthropy network. Ken Grossinger, another Democracy Partners consultant who was a political advisor to the AFL-CIO and SEIU, heads the Impact Philanthropy and Donor Advising Division of Democracy Partners, through which he has advised other major liberal grantmakers, such as the Ford Foundation and liberal billionaire Jon Stryker.

In addition to the alumni networks, labor unions are members of major liberal advocacy coalitions alongside the non-economic liberal groups. The most prominent and influential of these coalitions may be the America Votes network, which bills itself as the “Coordination Hub of the Progressive Community.”

Unions are deeply intertwined with other liberal networks, including the Democracy Alliance and network of liberal donors. As with America Votes, labor has been involved in Democracy Alliance from the network’s foundation, with the AFL-CIO and SEIU credited among the first group of alliance members. Former National Education Association executive director John Stocks chairs the alliance.

Labor has also established institutions for the express purpose of weakening non-economic right-leaning institutions. A coalition of AFL-CIO member unions and the labor-backed environmentalist group Theodore Roosevelt Conservation Partnership announced the Union Sportsmen’s Alliance in 2007, with the reported intention of “lur[ing] the political allegiance of gun-owning union members away from the NRA and its political agenda.” Amalgamated Bank, the SEIU-owned financial institution established by a predecessor union decades ago, created a grantmaking arm (Amalgamated Charitable Foundation) that operates a campaign targeting immigration-restrictionist and social-conservative groups identified by the Southern Poverty Law Center.

In the next installment of Organized Labor Is Not a Potential Ally, review the evidence that the personal networks of union staff are far-left wing.