There Is No Prudential Conservative Case for Big Labor 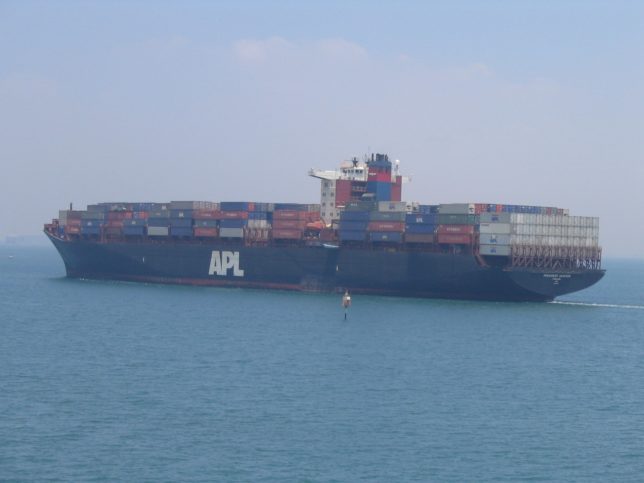 Continuing an ongoing series of rebutting conservative-to-libertarian commentators taking a naïve view of the realities of contemporary labor unionism, we now consider the arguments of another such commentator, James R. Rogers, an associate professor of political science at Texas A&M University.

Again, we find the arguments wanting.

Writing at the political-philosophy website Law and Liberty, Rogers argues that, given a substantial amount of government-directed crony capitalism in the economy, “there is a prudential, conservative case for granting legal privileges to private-sector labor unions in collective bargaining.” In essence, because the government cannot reasonably be expected to get rid of crony capitalism, it’s only fair to give unions the power to coercively negotiate to redistribute the economic rents from businesses to workers. (Rogers calls economic rents “economic profit,” distinct from and greater than the “normal profit” that is the natural return to capital in a competitive market.)

That would be all well and good if that was where this ended. Missing from Rogers’s analysis is any reckoning with the fact that at least since the National Labor Relations Act of 1935 labor unions have been aggressive political actors and lobbyists, and that no plausible political effort could restrict such activities. (Rogers favorably compares this New Deal law that empowered labor unions to the conservative Taft-Hartley amendments of 1947, which rebalanced American labor relations after the worst strike wave in American history.)

The result is that, rather than a “second-best solution” to economic rents, labor unions frequently become another lobbying and advocacy force for more economic rents, which they can split with businesses at the expense of consumers and workers who are not members of the labor union cartel. This is demonstrated by the union battles with Uber, Lyft, Airbnb, and similar services that expand individuals’ ability to enter overregulated markets dominated by union-business-government cartels.

In the ridesharing case, the Teamsters Union and the AFL-CIO have organized traditional cab drivers into labor organizations in order to lobby to make the ridesharing services illegal. This serves the cartel interests of the taxi owners, who claimed massive economic rents from the government-monopoly “medallion” system that limited the supply of hailed vehicles and reduced availability and quality for consumers.

The case of Airbnb is similar. In places such as New York, DC, Hawaii, and California where labor unions are strongest, Unite Here organizes most hotel workers. And the union’s lobbying and advocacy efforts targeting short-term rentals align with the advocacy of the economic-rent-protected hotel industry. Again, in far from a second-best solution, we see Big Labor protecting the bosses’ economic rents to guard their own negotiating positions.

Some of America’s most vulnerable citizens—the residents of the Insular Territories of Puerto Rico, Guam, and the Northern Marianas Islands as well as the citizens of the noncontiguous states of Hawaii and Alaska—are the victims of unions lobbying for their bosses’ rents. The maritime unions, led by the Transportation Trades Department of the AFL-CIO and the Marine Engineers Beneficial Association, lobby heavily—alongside representative groups representing their members’ bosses—to protect the Jones Act. The Jones Act requires that cargo carried between U.S. ports (including insular-territory and noncontiguous ports except the U.S. Virgin Islands) be carried on ships built in America, crewed by (typically unionized) Americans, and owned by American companies. They did this even as Puerto Rico has endured emergency conditions following 2017’s devastating Hurricane Maria.

The Jones Act is the most egregious example of unions backing protectionism to benefit themselves at the expense of consumers and the broader public. This brings us back then to Rogers’s contention, that government recognition of collective bargaining is a “second-best solution” to the problems of crony capitalism. In a world without unions’ extensive political and lobbying operations, it perhaps might be. But we do not live in that world any more than we live in a world without extensive corporatism and crony capitalism.

So Rogers’s claim that “there is a prudential, conservative case for granting legal privileges to private-sector labor unions in collective bargaining” must fall on the same grounds that Rogers makes it: It is not consistent with the world as it is.