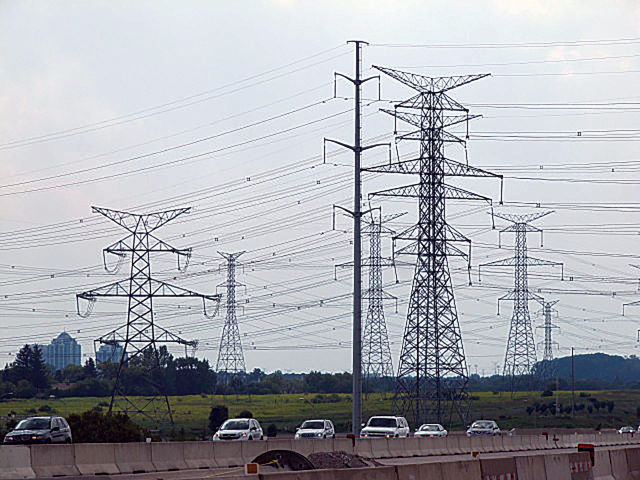 Activists dream of meeting jacked-up electricity demands with wind turbines and solar panels. Even if this massive construction project is completed, the turbines won’t produce anything once the wind stops blowing at the 7–9 miles per hour minimum that most turbines need to produce electricity—a frequent occurrence. Credit: Leonora Enking. License: https://bit.ly/3vuHELS.
by Hayden Ludwig

The Stealth War on Your Dishwasher

Activists may call it “electrification,” but their plan has nothing to do with bringing electricity to rural communities à la the New Deal and Tennessee Valley Authority. Instead, it’s a way to force Americans to adopt all-electric products built according to regulations that often make them shoddier and less efficient.

It isn’t your imagination. Your dishwasher 10 years ago really did clean dishes better than the new appliance you bought last year thanks to energy efficiency regulations imposed by the Energy Department, which capped the amount of water and electricity that the appliance could use in a given cycle—down to 3–4 gallons from 9–10 gallons in older models.

Saving water is prudent, but there’s a price to pay. Not long ago a typical American dishwasher could cycle through a load of dishes in about an hour and a half. Today, that same load takes anywhere from two hours and 20 minutes to four hours to complete. Longer cleaning times and failing to actually clean mean more people will wash dishes by hand, which uses more water and energy than the appliance.

It’s gotten so bad that in 2019 the Trump administration ordered the Energy Department to create a new class of dishwashers that could complete a cycle in under an hour and allow higher water and energy usage as a feature. The proposed rule change was met with 2,700 comments, largely from frustrated consumers. “For the love of all that is holy, help us make dishwashers work right again,” one individual wrote.

“We freed it up,” Trump said on the 2020 campaign trail. “Now you can buy a dishwasher, and it comes out. It’s beautiful, go buy a dishwasher.” In August 2021, the Biden administration announced it was reversing the rule.

Forced electrification laws could also mean mandating a switch from an oil- or gas-burning boilers and water heaters to electric appliances in homes, one of the most expensive parts of any retrofitting plan.

Across the West, Midwest, and Northeast the majority of houses are heated by natural gas, while many Northeastern homes also burn kerosine (from coal) or fuel oil (from petroleum). Electric heaters are only predominant in the warmer South, the legacy of a decades-long shift away from residential coal use.

Gas-fired heaters heat water faster. They also work when the power is out, which may be lifesaving during the kinds of winter storms that regularly hit the Midwest and Northeast. Natural gas provides resiliency against power outages and cold weather, when electric heaters can severely tax the power grid.

That exact scenario arose in February, when a historic cold front slammed Texas and triggered a sudden spike in electricity demand to warm homes. Sixty percent of Texas homes use electric heaters, making the state especially vulnerable to such situations.

Electric furnaces and water heaters are typically cheaper to install than their gas-fired counterparts but result in higher electricity bills. That can be a problem given that electricity rates have risen in recent years in many parts of the country.

The American Gas Association estimates that a typical gas-powered household saves $874 per year on utilities compared with homes using all-electric appliances. In 2020, the average household paid $63.34 per month for gas and $114.44 per month for electricity.

Those prices are rapidly rising across Northeastern states, almost all of which belong to a regional cap-and-trade system (the Regional Greenhouse Gas Initiative) meant to lower CO2 emissions. Massachusetts, for example, saw a 13.73 percent increase in prices in 2020. That’s still nowhere expensive enough for the Left—and it can get much, much worse.

In the next installment, activists want to eradicate all use of natural gas.