Excavating Arabella’s Origin: Behind the Curtain 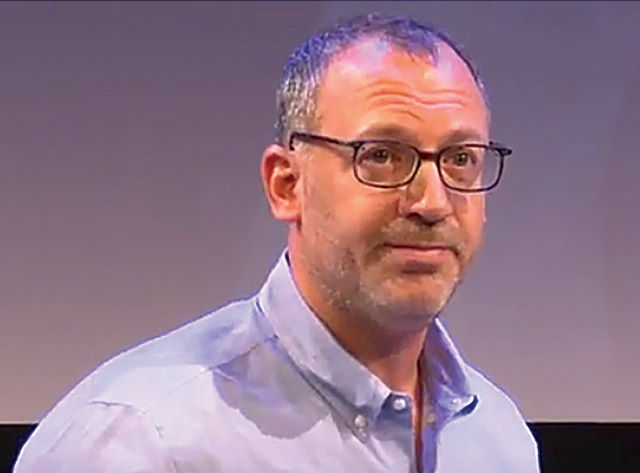 Again, in 2008, Eric Kessler had a much shorter, uncluttered history than he has in 2022. An environmental conservation graduate of Colorado University (Boulder), Kessler led a failed 1990 campus ban of Coors beer. Over “martinis,” Kessler connected with radical environmentalist David Brower, in Boulder for a guest lecture. Kessler then “hitchhiked” to California to “volunteer” with Brower’s Earth Island Institute, according to an Earth Island website biography. Brower then sent Kessler to newly post-Soviet Russia to briefly pioneer a Brower operation in the Baikal region.

Federal Election Commission records for 1998 on the League of Conservation Voters PAC/Earth Fund show a $500 donation from Kessler, employed by the Department of the Interior listing his occupation as “Environmentalist.”

After the Clinton Administration ended, Mr. Kessler spent six years with the National Democratic Institute (NDI), co-founded by former Secretary of State Madeleine Albright, then he created Arabella. Today, he sits on NDI’s board of directors, itself a “Who’s Who” of prominent Democrats.

How does a hitchhiker-volunteer’s star rise so high in the establishment Democratic galaxy? The simple answer is partially found in Securities and Exchange Commission documents regarding the $717-million acquisition of family-held automotive gasket maker Fel-Pro by Federal Mogul in January 1998: Listed in “recitals” for a 1996 “gift trust” for Daniel C. Weinberg of Camino, California is Eric Kessler, as Trustee and Business Advisor, at the same Maryland address given for the $500 contribution above.

Other SEC records show Kessler as one of 40-some Fel-Pro family stockholders (of whom only six worked at Fel-Pro), holding 33,025 Fel-Pro shares in an irrevocable trust.

From that point, I wrote my report for Brian Hawthorne’s organization and made plans to keep a personal eye out for Arabella. I’ve done so for 14 years now.

In the short run, Brian Hawthorne and BlueRibbon got word out about Responsible Trails America to Western off-roaders. 2007 and 2008 were years of successful funding diversions that left RTA appearing especially “innovative and effective” in New Mexico. Brian Hawthorne today points out:

New Mexico has a unique OHV/Snowmobile registration program. If I remember correctly, at the time board members were chosen from recommendations made by state agencies with little, if any, input from active user groups. Kessler chose his first target well.

Another signal came from Arabella Legacy Fund’s biggest “non-program” 2008 expense: $555,931 to Arabella Philanthropic Investment Advisors (of which Mr. Kessler owns 35 percent) for management and operations services, a vigorish of about 9.1 percent. Not bad.

But 2009 left RTA up against informed opposition. In Colorado, as was explained then on a chat post by OHV’er Glenn Graham, “normally, about 85 percent [of gas tax funds] would go to maintenance and new trail construction.” RTA’s representative proposed to divert funds and split them one-third for law enforcement and one-third for trail closures (not maintenance), leaving the last third for education and trail maintenance. However, as Graham later reported, RTA’s “coalition” submitted only 77 letters to the trails committee in support, while off-road users submitted 1,572. The funds were not diverted.

In the next installment, Responsible Trails America was a real-world proof of concept for Arabella.