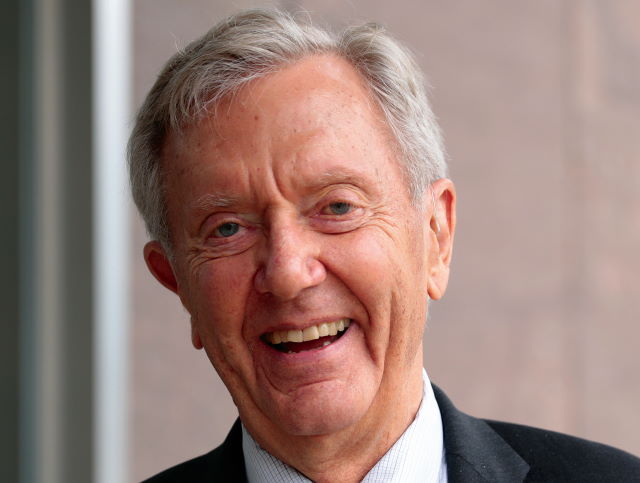 The money in this case was a special but tiny federal fund, the Recreational Trails Program (RTP). From federal fuel taxes of 50 cents per gallon, as Mr. Hawthorne reminded me last month, “Off-highway-vehicle and snowmobile enthusiasts ‘taxed’ themselves.” Grassroots lobbying in Congress led to passage of RTP, earmarking the return of some gas taxes paid (to all 50 states) by recreationists who burnt their highway-taxed gas on dirt, not pavement.

In addition, as Mr. Hawthorne puts it:

Most states leverage [RTP funds in combination with] OHV/snowmobile registration fees. In most states there exists a board that will review and recommend which grant gets funding [for] everything from trail maintenance to snowmobile trail equipment and even law enforcement.

Keep in mind that RTP is a tiny federal program. In my huge home state of Montana, the state RTP program administered about $1.5 million for 2021. But that little money is critical for keeping primitive public trails safe and environmentally benign. Diversion of that funding would do great harm to the rider experience over time.

Enter Responsible Trails America. In early 2008, Brian recalls, “I believe I saw a news story about this new OHV trail group in New Mexico” that wanted to shift trails money from motorized to nonmotorized, divert construction and maintenance funds into closing trails, and massively increase off-highway law enforcement. “I was befuddled,” Hawthorne continues, “having worked among that OHV community for about 5 years and never heard of [Responsible Trails America]. Almost immediately I received a call from supporters in New Mexico asking if I knew who they were. Heh…”

That same week came another news story about a Montana-based hunting group [Backcountry Hunters and Anglers]. And it was the same crowd, saying the same things! After confirming from Russ Ehnes [a Montana rider and activist who today is chairman of the American Motorcyclist Association] and others that they’d never heard of them, I called you.

Because Responsible Trails America was so new, there was minimal search “clutter” to wade through. Within minutes of starting, I was able to confirm from Google that at least two “usual suspect” foundations, both “environmental grantmakers” with billions in assets, had bankrolled RTA, at least in 2007.

Why? Compartmentalization and deniability, of course. While Wilburforce and Hewlett are obligated under law to identify recipients, Arabella (and today’s New Venture) and other “nonprofit” recipients have no such duty, and they almost never voluntarily reveal their funders. If funders are named, the amounts given never see the light of public day.

In short, Arabella was a fiscal cut-out because RTA’s real funders realized exposure of a direct fiscal link would wreck RTA’s narrative upon discovery. RTA’s “responsible riders” (none of whom actually seemed to own or ride any OHV’s of any kind) would have about as much political credibility as equally astroturf “responsible gun owner” groups have had.

Standing up a new group via a “fiscal sponsor” would at least prevent the funding trail from being discovered, thanks to filing deadlines and no disclosure requirement.

So that’s why Arabella existed, and why New Venture is doing big business today.

Of course, when I examined Arabella Legacy Fund’s 2006 and 2007 IRS Form 990s, posted then on Guidestar, neither Wilburforce, Hewlett, nor any other contributor is identified.

RTA’s Schmitt was, tellingly, a veteran of U.S. Public Interest Research Group, the Democratic Congressional Campaign Committee, and League of Conservation Voters just prior to being hired to run RTA.

On the Ifish.net chat board was an Email string in which Schmitt wrote on a Blackberry (which in turn fits fine in a mail box) that “We [RTA] are funded directly by Arabella. We are not affiliated with industry or environmental organizations.” Gee, a half-million in just one check from Hewlett doesn’t count as “affiliation?”

We, Myself, and I

As for the rest of RTA’s “we,” there was darn little, perhaps eight people total during its existence. One example illustrates: Carrie Sandstedt, who testified on behalf of “Nevada Responsible Trails Alliance” before a state legislative committee.

While her testimony is irrelevant, her resume is revealing. Prior to her “responsible” gig, which lasted just eight months, she had been a conservation organizer for Sierra Club, with the Wilderness Society in DC, plus Northern Nevada director for Service Employees International Union. Today, her LinkedIn page shows she’s a senior manager with Pew Charitable Trusts, after managing Pew’s subsidiary Campaign for America’s Wilderness.

In Colorado, RTA was fronted by Politicalworks lobbyist Scott Chase.

In toto, all confirmed RTA associates were either lobbyists, environmental staffers, or both.

Arabella’s mission? “To support innovative and effective public interest projects,” with RTA as the very first.

Despite doing nothing but deposit cash its first year, Arabella revenue tripled to $1.66 million in 2007. Arabella did start spending, listing RTA as a $722,061 expense (including $114,623 paid to contractor Ziemba Waid, Genevra Richardson’s firm), implying Hewlett and Wilburforce were not RTA’s sole funders.

In the next installment, Eric Kessler makes his appearance with the Arabella Legacy Fund.