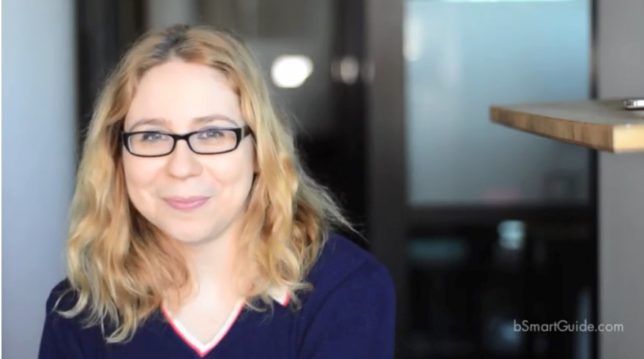 Subreddits will often host guests in a forum called “Ask Me Anything,” where users can ask the guests questions. Reddit employs a coordinator to help moderators with the Ask Me Anything feature. Victoria Taylor, at one time, held that position and proved to be very popular with the moderators. Credit: bSmart Guide/Screenshot. License: https://bit.ly/2TZbG7Z.
by David Hogberg

Until a few years ago, social media was an environment of lively, if often unpleasant, public debate. Now, it is becoming a place of censorship. Social media giants like YouTube, Facebook and Twitter are increasingly imposing so-called “hate speech” codes and updating harassment policies on their platforms. More and more users wonder if their online communications will be suspended if not altogether banned from these platforms.

The censorship is one-sided, with primarily those on the political Right suffering suspensions and bans. This is, in part, the result of an upper management at these tech giants that is dominated by intolerant political leftists who are more likely to censor heterodox and conservative voices.

If Silicon Valley Influencer Ellen Pao and her nonprofit, Project Include, are successful, such ideological bias will be institutionalized for years to come. Working under the guise of “diversity and inclusion,” Pao and Project Include would entrench an already prevalent left-wing bias into the tech industry, while discouraging those with more moderate or conservative views.

Before examining Ellen Pao and Project Include, we should first consider the inclinations of those “woke” activists. This ideology is well summarized by libertarian columnist Cathy Young:

At the center of this worldview is the evil of oppression, the virtue of “marginalized” identities—based on race, ethnicity, gender, sexuality, religion or disability—and the perfectionist quest to eliminate anything the marginalized may perceive as oppressive or “invalidating.” Such perceptions are given a near-absolute presumption of validity, even if shared by a fraction of the “oppressed group.” Meanwhile, the viewpoints of the “privileged”—a category that includes economically disadvantaged whites, especially men—are radically devalued.

In addition, these modern woke liberals differentiate themselves from traditional liberals in that they are usually dismissive of ideas they disagree with, eager to censor speech they find objectionable, and willing to use the government to impose their beliefs on others.

Woke liberals have a strong foothold in companies like Twitter, Google (which owns YouTube), and Facebook. For example, in June 2018, Project Veritas, an undercover journalism outfit, secretly recorded Twitter employees who admitted that Twitter’s algorithms were heavily biased toward banning or eliminating conservative accounts as opposed to liberal accounts. Days after Donald Trump was elected president, Google executives aired their own biases in a meeting which was later leaked to the media. In that meeting, Sergey Brin, a co-founder of Google, claimed that he found the election result “offensive” and also claimed that most people at the meeting were “pretty upset and sad because of the election.” Google CFO Ruth Porat, said that the result “felt like a ton of bricks dropped on my chest.” Referring to those who supported Trump, Google Vice President Kent Walker asked how Google could “reach out to people whose perspective we have a hard time understanding.” But, he later showed why he doesn’t understand Trump voters:

The forces out there seem well beyond you—globalization, immigration, trade—and you’re afraid and you’re trying to look for answers. And that fear, I think, not just in the United States but around the world, is what’s fueling…xenophobia, hatred, and a desire for answers that may or may not be there.

In Walker’s worldview, support for Trump was irrational because it was based on fear. It never occurred to him that people might have voted for Trump because they had actually been affected by illegal immigration or a bad trade deal. It is the quintessential mindset of Silicon Valley’s woke executives.

Ellen Pao is perhaps best known for her gender discrimination lawsuit against Kleiner Perkins, a well-known venture capital firm. She is also known for her brief stint as the CEO of the website, Reddit.

Pao joined Kleiner Perkins in 2005; Perkins fired her in 2012. Kleiner Perkins claimed her termination was based on performance, while Pao claimed she experienced discrimination because of her gender. In 2012, Pao filed a civil lawsuit against Kleiner Perkins for $16 million in damages. In 2015, the case went to trial and the jury ultimately ruled against Pao.

Beginning in 2013, Pao spent over two years at Reddit and held the CEO job for the last eight months of her tenure. Here she displayed her growing distaste for free speech and a top-down management style that would ultimately lead to her ouster.

Billing itself as the front-page of the Internet, Reddit is a news aggregation and discussion website. Presently, it has over 300 million users. Users post articles on the site, and readers vote them up or down. The more “upvotes” a post receives, the more prominently it will be displayed on the Reddit website. Users create sites known as “subreddits” to discuss specific topics. Each subreddit is run by a volunteer known as a moderator.

Subreddits will often host guests in a forum called “Ask Me Anything,” where users can ask the guests questions. Reddit employs a coordinator to help moderators with the Ask Me Anything feature. Victoria Taylor, at one time, held that position and proved to be very popular with the moderators.

In June 2015, Pao banned five subreddits that were routinely used to harass individuals. This was the first big change that Pao made without consulting any of the moderators. Shortly thereafter, someone posted a petition to the Change.org website, calling for Pao to resign. The petition soon had 10,000 signatures, though that was certainly not enough to oust Pao.

Pao’s biggest blunder came with the firing of Taylor. While another executive was responsible for Taylor’s ouster, Pao failed to communicate with moderators ahead of time. This caused a number of moderators to protest by temporarily shutting down their subreddits. Soon, the Change.Org petition had over 200,000 signatures.

Pao realized her mistake and soon wrote an apology on Reddit. “We screwed up,” she stated. “We acknowledge this long history of mistakes. We are grateful for all you do for Reddit, and the buck stops with me.” But, it was too little, too late. On July 10, 2015, Pao and Reddit’s board of directors agreed it was best for her to step down.

In the next installment of Ellen Pao, learn more about the nonprofit she founded, Project Include.