Ellen Pao and Silicon Valley: What is Project Include? 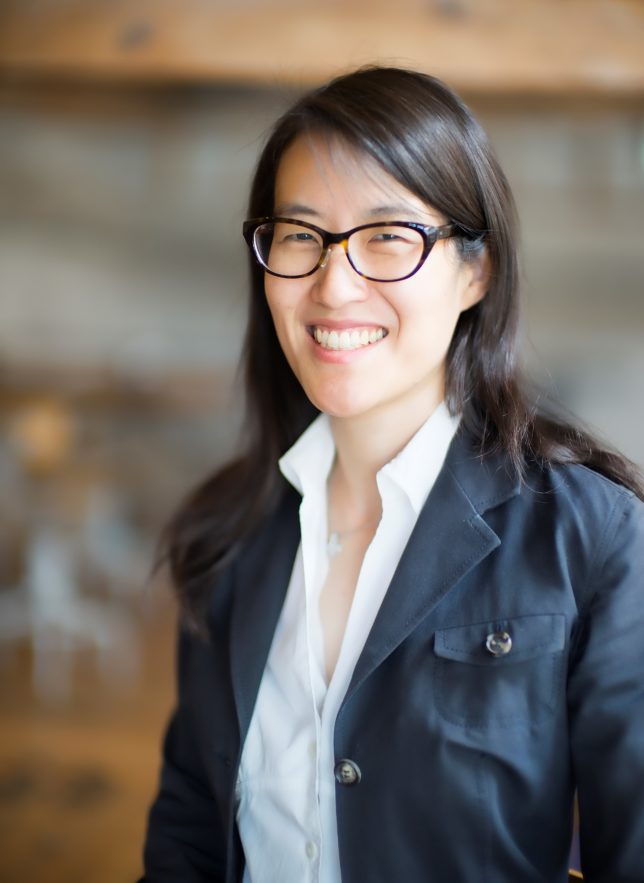 Social media giants like YouTube, Facebook, and Twitter are increasingly imposing so-called “hate speech” codes and updating harassment policies on their platforms in ways that censor the Right....If Silicon Valley Influencer Ellen Pao and her nonprofit, Project Include, are successful, such ideological bias will be institutionalized for years to come. Credit: Christopher Michel License: https://bit.ly/2Zdr5Ht.
by David Hogberg

In 2015, Pao began developing the idea for Project Include after meeting with some of the women who sent her messages of support during her lawsuit against Kleiner Perkins. As she wrote in her autobiography, Reset: My Fight For Inclusion and Lasting Change:

Conversations with friends were encouraging. But I noticed that each time we met, we also relayed new stories attesting to the slow progress in tech diversity—and the ineffectiveness of the attempts to address it. It struck me how similar our stories were: seeing less-qualified men promoted over us, being stigmatized for having children, being left out of meetings and opportunities because we weren’t part of the white-male in-crowd. The more my friends and I talked, the more we saw that the state of affairs was bleak and depressing.

In 2016, Pao, along with other leading women in the tech industry including Freada Kapor Kline, Tracy Chou, and Erica Joy Baker, founded Project Include. Pao claimed that she and the other founders “had come to realize that the whole tech system had exclusion built into its design. The men in power seemed determined to limit their interaction only to other rich men.”

Project Include’s website gives an antiseptic description of its mission. That mission “is to give everyone a fair chance to succeed in tech,” and “to accelerate diversity and inclusion solutions in the tech industry.” However, the effect of Project Include’s efforts will likely be more pernicious, resulting in ideological conformity among the upper management of tech firms.

Project Include pursues a “get ‘em while they’re young” strategy. In her autobiography, Pao stated that she and the Project Include team “decided to focus our efforts on CEOs and management of early to mid-stage tech startups, where we believed change was possible and could have a broad impact even beyond the industry.”

Project Include advises startups that diversity training is crucial because “being diverse and inclusive is not part of tech industry culture and requires a fundamental shift in behavior. Employees need training to learn how to be inclusive, what the norms are, and how to handle problems.”

Project Include firmly believes in “additional training for managers.” It also believes training employees and managers in diversity and inclusion “needs to be done properly to have a positive effect. It should be ongoing—not just a one-time onboarding event—for managers and employees.”

While it sounds harmless, if not beneficial, James Damore, a former employee at Google, had a different perspective. While employed at Google, Damore wrote a memo that examined why only about 20 percent of employees in the tech industry are women. He cited research that examined biological and psychological differences between the sexes that explained some of the disparity. He also offered suggestions on how to bring and keep more women at Google given those differences. Eventually, his memo was leaked to Gizmodo, a well-known technology site, and went viral. Damore explained the goal of diversity training in an interview with podcast host Joe Rogan:

Rogan: What would they teach you?

Damore: You talk about unconscious bias, and…

Rogan: Oh no. So, like, you might be racist? You have to find the racism in you?

Damore: Yes. And there is a whole program that is trying to retrain your brain to think about race in a new way.

In other words, such training assumes that people, especially white males, are automatically guilty of racism.

It isn’t difficult to see what message this sends to employees who are more conservative or moderate in their politics and don’t agree with such training. If they want to move up in the company, they will need to keep any objections about such training to themselves. Nor can they question whether bias is the reason so few women and minorities are in the tech industry, as Damore did. If they can’t keep quiet, then they might as well look for employment and promotion opportunities elsewhere. By contrast, employees who are already woke or quietly comply with such training will find it much easier to climb the ranks in such companies. Over time, diversity training weeds out folks who are conservative or moderate from the ranks of upper management, leaving an upper management that is ideologically uniform.

It is tempting to suggest that Pao is well-meaning, but misguided. In other words, it is not Pao’s intent that her actions cause the upper management of tech companies to be dominated by a woke orthodoxy. A look at Pao’s beliefs and attitudes, though, casts doubt on that.

Pao loves to throw around statistics and studies that “prove” that the tech industry discriminates against women and minorities. But, when confronted with studies suggesting that the disparities are due to causes other than discrimination, she becomes dismissive.

Consider her response to James Damore. After Damore’s memo went viral, Google fired him. Google CEO Sundar Pichai justified the firing: “To suggest a group of our colleagues have traits that make them less biologically suited to that work is offensive and not OK,” Pichai said. That Damore never actually suggested women are biologically unsuited for certain work in his memo was apparently immaterial.

In an October 2017 interview with Recode, a technology news website, Pao stated that she agreed with Google’s termination of Damore. When asked if Damore should be permitted to express such opinions without fear of losing his job and whether people should listen to his opinions, Pao responded, “I actually don’t like giving him that much attention and credit.” When pressed a bit more, she said, “I think, but why him? He’s not a special person…why should we give him any attention? There’s no reason to.”

Finally, she dismissed Damore as a “rando.” Rando is short for random, but it can also mean “a person who is not known or recognizable or whose appearance (as in a conversation or narrative) seems unprompted or unwelcome.” Either way, Pao was clearly not interested in engaging with the ideas in Damore’s memo.

Pao also dismisses research that shows that women often take time off from work to bear and raise children, which can have a negative impact on their careers. For example, a recent study in the American Sociological Review found that women “who leave work to raise children often sacrifice more than the pay for their time off; when they come back, their wages reflect lost raises.” An article in the Harvard Business Review stated that evidence “from a variety of countries reveals that the longer new mothers are away from paid work, the less likely they are to be promoted, move into management, or receive a pay raise once their leave is over.” By contrast, women who have not taken time off to raise children are, on average, paid as much as men with similar jobs and experience.

Here is how Pao responds to that in Reset:

When tallies are taken, companies wind up wondering why 99 percent of their senior employees are white men. Then they blame us—accusing women, for instance, of having “opted out” to take care of their children. But in many cases I knew about, women left because they were sick of all the boorish [behavior]…not because they were seized by a sudden overpowering desire to take their babies to Gymboree class.

In the next installment of Ellen Pao, find about other ways that Silicon Valley restricts conservative speech.