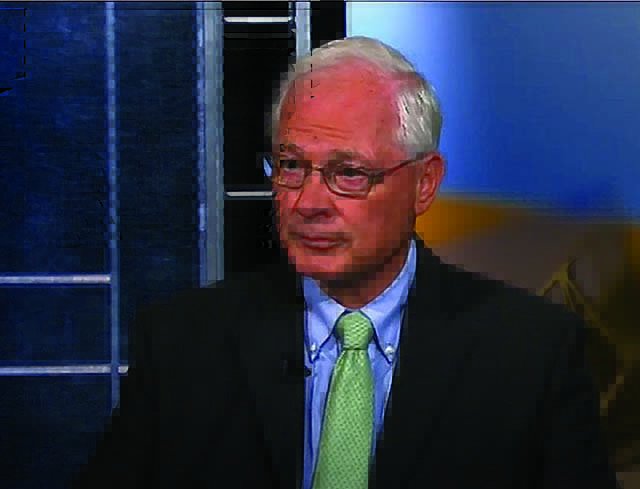 “Pennsylvania doesn’t owe anybody an apology about the carbon dioxide they are emitting at this point,” David Stevenson said in his testimony. Credit: KJWP. License: https://bit.ly/3yldbzE.
by Kevin Mooney

Disputing the Official Findings and Data

In July, the CO2 Coalition, a Virginia-based nonprofit of roughly 70 scientists, released a new report that disputes the findings of Pennsylvania’s 2018 Climate Action Report, which Wolf and his Department of Environmental Protection have cited to bolster their claims about the current and future impact of CO2 emissions on climate. With the fall looming as a make-it-or-break period for Wolf’s regulatory plans, the 2021 Climate Impacts Assessment reiterates many of the predictions and forecasts of extreme weather found in earlier reports. But the CO2 Coalition’s analysis focuses on the data in the 2018 report, which the Wolf administration has used to justify enrolling Pennsylvania into RGGI.

Michaels unraveled the flaws in the Climate Action Report’s climate modeling that greatly overstates the amount of likely warming. Observed behavior of the atmosphere is widely separated from what most models in the Climate Action Report predicted. Moreover, Michaels found that the models use emissions assumption scenarios that are widely recognized as exaggerating future atmospheric changes. In fact, of the 102 models in the mix, Michaels identified just one (a Russian model known as INM-CM4) that came close to simulating what was actually observed.

If the Climate Action Plan had “followed best scientific practice,” it would have used the Russian model in combination with a more realistic projection of future emissions, Michaels told lawmakers. “This is similar to what operational meteorologists do every day,” he said. “They generally don’t take all the available daily forecast models and average them up, as some perform better or worse depending upon the daily weather situation. Instead, they rely on the one that performs best.” If the Climate Action Plan had embraced this approach, its projected 2000–2050 statewide average warming would plummet by 40 percent, Michaels concludes.

But what about CO2 itself? Shouldn’t the public and its elected officials be concerned about rising emissions and what they mean for health and the environment? Since Wolf first issued the executive order in October 2019 directing his environmental department to take steps to join RGGI, he has invoked the notion of a “scientific consensus” devoid of any real debate on the question of climate change, its causes and impacts.

Ironically, just a short walk from the governor’s office in Harrisburg, the Pennsylvania statehouse has witnessed the vigorous and open debate missing from the governor’s office. Just a few weeks after Wolf’s RGGI announcement, David Legates, a professor and climatologist at the University of Delaware, testified before the Pennsylvania House that “carbon dioxide does not dictate the climate” and is “merely a minor player in climate change.” Legates identified water vapor as “the most important greenhouse gas” that “accounts for nearly 90% of the net warming of the planet due to the radiative impact of the Earth’s atmosphere.”

While there has been some global warming, Legates drove home the point that higher temperatures have some benefits:

Historically, civilization has thrived under warmer conditions and struggled when global temperatures plummeted. More vegetation and longer growing seasons are partly responsible, but, simply put, colder temperatures kill more people than warmer temperatures. We have currently entered a warmer period in human history, but I do not believe humans are responsible for most of this warming as many other factors exist that cause climate to change.

Legates returned to testify before the House in June 2021 where he reiterated some of his key points about CO2 and water vapor and the natural influences behind climate change that far outweigh human activity. Legates also cautioned lawmakers against adopting regulatory policies “that will have no measurable effect on the occurrence of severe weather.” He also said that carbon mitigation efforts were not likely to lead to any reduction of atmospheric CO2 and encouraged lawmakers to consider the positive benefits increased CO2 could have on the ecosystem and biodiversity. Any effort made “to create a plan to stabilize earth’s climate is like trying to keep the sun from shining,” Legates said. But those efforts could extract significant costs, he warned:

If climate change regulation proceeds unchecked, it will produce policy that is out of touch with both the real world and objective science and will likely impose large costs on society that benefit only a small cadre of “climate entrepreneurs,” will provide no meaningful effect on Pennsylvania’s climate, and will adversely affect Pennsylvania’s economy.

He also made the critical point that warmer conditions exhibit less climate variability than colder conditions, which would suggest that instances of extreme weather will diminish rather than increase.  But that’s not what Wolf and his team of regulators have been telling the public. In the Climate Action Plan, they insist that “extreme weather and catastrophic natural disasters have become more frequent and more intense.” Wolf’s Department of Environmental Protection anticipates increased precipitation, rising sea levels, flooding, heat waves, droughts, and damage to agriculture based on the data in the plan. By joining with other states as part of the greenhouse gas initiative, Wolf claims that Pennsylvania will head off the worst effects of climate change that his administration now forecasts.

“Participating in RGGI will further our commonwealth’s climate goals, mitigate ongoing damage from climate change and invest in our workforce,” Wolf said during a recent appearance. “Funds brought in through RGGI will allow us to make targeted investments to support workers and communities affected by energy transition, invest in environmental justice, and strengthen Pennsylvania’s clean energy, commercial and industrial sectors.”

That part about “environmental justice” is something to pay attention to going forward because it figures prominently into the 2021 assessment and recent press statements. They are using “environmental justice to rationalize green energy schemes that fail to pass scientific and economic muster. The report from CO2 Coalition comes at a critical time as it could prove to be the coup de grace against alarmist claims and unfounded predictions that have been used to cajole the public and the legislature into accepting restrictions on industry activity that jeopardize Pennsylvania’s position as an economic powerhouse. Pennsylvania is second only to Texas in natural gas production, according to the U.S. Energy Information Administration. But that could change quickly if Wolf has his druthers.

“If the reasons presented to justify imposition of the Regional Greenhouse Gas Initiative are shown to be false, then the governmental bodies tasked with review of RGGI should ‘follow the science’ and reject this economically crippling program,” Wrightstone says in the CO2 Coalition report. Using historical data and updated research, Wrightstone’s report dismantles the Wolf administration’s dire forecasts.

“Governor Wolf seems fixated on his belief that flooding is being made worse by climate change and has referred repeatedly to several high-precipitation events that occurred in 2018, but here the governor makes the common mistake of conflating weather with climate,” Wrightstone says. “For example, Governor Wolf personally viewed flooding of the Susquehanna River in Harrisburg in July of that year when it crested at 17.3 feet. Much was made of the flooding at the time, but it ranks just 31st on the list of the greatest floods at Harrisburg—and only a bit more than half the record set by Tropical Storm Agnes in 1972.” Moreover, while precipitation “has increased slightly” in the past century, this precipitation has actually benefited vegetation, crop growth, and livestock, Wrightstone observes. He also cites a section of a report from the U.N Intergovernmental Panel on Climate Change that concludes “it can discern no connection between a modest increase in temperature and any change in flooding worldwide.”

Where prospects of droughts are concerned, as Wrightstone explained in the report and in his House testimony, data from the National Oceanic and Atmospheric Administration (NOAA) show that there is in fact decreasing “aridity” in Pennsylvania.

Then there is the specter of heat waves and droughts, which also conflict with the data Wrightstone cites. The data show the longest and most severe heat waves in the U.S. occurred back in the 1920s and 1930s when CO2 levels were much lower than they are now.

What about sea level rise? Once again, hard science implodes overblown predictions. While there has been a small amount of sea level rise around Philadelphia, “about 2 inches of that sea level rise is due to the long-term downward movement of the land mass in the Philadelphia area as measured by a station some six miles to the north of the tide gauge and anchored on bedrock,” according to the CO2 Coalition report. This downward movement can most likely be attributed to a “well-documented isostatic rebound along the eastern seaboard responding to glacial melt at the end of the last ice advance.” Even if someone were to accept the premise that human activity is primarily responsible for climate change, they would have to acknowledge that the sea level rise that has occurred cannot be tied with humanity’s industrial emissions.

Global sea levels have been rising for over 200 years, long before we began adding prodigious amounts of CO2 to the atmosphere in the mid-20th century, and they are likely to continue to do so whether RGGI is adopted or rejected. Having successfully, if unwittingly, already adapted to 200 years of rising sea levels, Philadelphia, with modern technology and capabilities, can expect to easily adapt to the projected 6 to 8 inches of rise expected between now and 2100.

In the next installment, identify the well-endowed special interests and foreign interference behind the proposed climate change regulations.