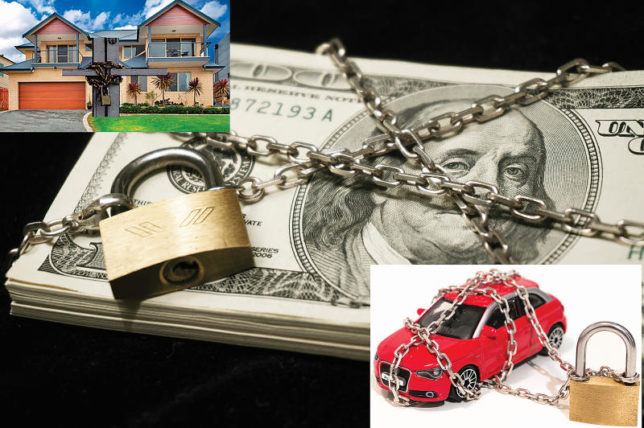 Civil asset forfeiture is as paradoxical an issue as they come. It is simultaneously one of the most controversial and least understood law enforcement practices in the United States today. Touted as an effective way to hamstring criminal enterprises, it also regularly ensnares the innocent in its proceedings. Calls for its reform or abolition have reached receptive ears across the political spectrum but have divided both conservatives and liberals along their own internal ideological fault lines.

What is perhaps most interesting about the various state and federal debates surrounding civil forfeiture laws, though, is how a relatively small number of influential and generally respected interest groups can work outsized effects on public policy. These organizations have their own good reasons for supporting what most Americans apparently view as a bad practice. This has complicated what might otherwise be a straightforward (and bipartisan) march to reform or eliminate civil forfeiture nationwide.

Simply put, civil forfeiture is a process through which law enforcement can seize property that it suspects is involved in criminal activity. This is distinguished from criminal forfeiture in that it legally operates as a lawsuit against the property itself, rather than as part of a criminal proceeding against a defendant. In many cases, this means that civil forfeiture can be employed to confiscate property without a conviction for—or even a charge of—a crime. Cash and automobiles are two commonly forfeited assets, but civil forfeiture can be (and often has been) applied to real estate.

As is typical in the American legal system, each of the states and the federal government have their own laws governing forfeiture. These vary widely from those that are very deferential to law enforcement to those that have abolished civil forfeiture entirely. In jurisdictions that use it, the value of seized property can be staggering: The state of Texas reported over $50 million in combined civil and criminal forfeitures in 2017 alone. At the federal level, the U.S. Treasury and Justice Departments took in a combined $4.5 billion in 2014, and the Justice Department reported over $2.2 billion worth of deposits into its Asset Forfeiture Fund in Fiscal Year 2019.

At the conceptual level, data indicate that most Americans are deeply skeptical of the practice. The libertarian Cato Institute notes that “Few [Americans] understand the concept of civil asset forfeiture,” but once it is explained to them they “overwhelmingly” reject it—to the tune of 84 percent of respondents in a recent survey. That degree of public consensus is difficult to come by on any political issue that might remotely be described as unsettled, and it should be influential on politicians weighing reform legislation.

Many argue that Americans’ intuitive suspicion of civil forfeiture is fully justified. The Institute for Justice, a libertarian public interest law firm that has been among its most active opponents, uses three key criteria to evaluate civil forfeiture laws. These criteria are good proxies for the principal objections against the practice, and one or more of them is usually at play in instances of alleged abuse.

The first is the often direct financial incentive for law enforcement, or government in general, to pursue forfeiture. Many states allow police departments to keep some or all of the property they seize, creating an incentive that even supporters recognize as an important motivator for police to pursue forfeiture. Some states have attempted to remove this incentive with laws that, for example, mandate that forfeited assets be deposited in the state’s general fund. However, this merely spreads the incentive across the entire state government rather than removing it. In any event a critical wrinkle of federal law often takes the teeth out of such reforms: the equitable sharing program.

Under the equitable sharing framework, the federal government can “adopt” property forfeited to local police departments, keep a portion of it for themselves, and then return up to 80 percent of the proceeds to the department that made the initial seizure. Importantly, this allows the whole process to operate under federal law, which in many cases is less restrictive than the state forfeiture law under which the property was seized. This program is often characterized as a loophole that allows agencies to circumvent state laws.

The second criterion deals with the standard of proof that the government must meet to keep the seized property if the forfeiture is challenged in court. In some states, the government need only demonstrate that the property is more likely connected to criminal activity than not. This is a far lower standard than what is required for a criminal conviction, and it explains how individuals can lose property for “criminal activity” without ever being convicted of or even charged with a crime.

The third involves the burden that civil forfeiture laws place on innocent owners. These are people who neither gave permission for nor even had knowledge of the illegal purposes to which someone else was using their property. In many states, the government can nonetheless pursue civil forfeiture against the property in question, requiring the owner to affirmatively prove they had nothing to do with the crime. In addition to flipping the traditional “innocent until proven guilty” presumption on its head, this can be a difficult and expensive burden for an innocent owner to meet, especially when court costs exceed the value of the property itself.

In the next installment of “Civil Forfeiture Reform,” learn about abuses of civil forfeiture.