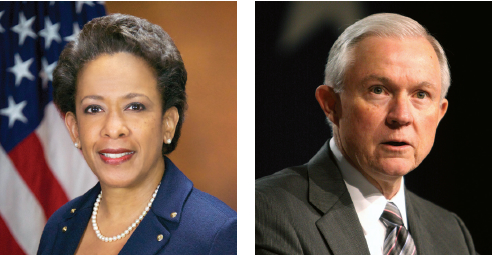 It has also united and divided individual politicians into some strange assortments. President Trump appears to support the practice, while both of the major bills pending in Congress to restrict it have attracted multiple Republican co-sponsors. Loretta Lynch defended civil forfeiture during her confirmation as attorney general during the Obama Administration, placing her in the same camp as her Trump Administration successor, Jeff Sessions. When Representative Tim Walberg (R-MI) introduced a 2019 amendment that would have cut funding for federal adoptive seizures (a process through which the equitable sharing loophole is frequently exploited), the representative who rose to speak in opposition was fellow Republican Robert Aderholt (R-AL).

What this likely reflects is the subjective judgments of individual politicians as to what degree the ends can justify the means. Civil forfeiture undoubtedly removes significant resources from legitimate criminals, but it clearly traps innocent property owners. The proper balance of these two sides to the practice is merely an extension of the age-old law enforcement tradeoff: Give government too much power, and it will trample the rights of its citizens; give it too little, and it cannot adequately protect those rights.

If polling and political momentum are any indication, the weight of American opinion seems to clearly fall on the side of abolishing or dramatically reigning in civil forfeiture. For those who place the highest premium on individual rights, the fact that some criminals will keep their ill-gotten gains and that government will need to find other methods of balancing its books is an acceptable price to pay in order to prevent innocent (or for that matter, criminal) property owners from losing their possessions without a more substantial due process than that most civil forfeiture laws afford.

Doing away with civil forfeiture may be the best thing in the long run for the very law enforcement interests that support it. Police have a remarkably difficult job that frequently requires balancing competing legitimate interests at the departmental level and in split-second situations on the ground. Excluding instances of abuse, it’s certainly not fair to pass judgment on law enforcement’s use of civil forfeiture as a tool to do its primary job: stopping crime. Legislatively abolishing or significantly reforming civil forfeiture would remove a persistent source of controversy plaguing an already overcriticized profession.

Good police (who represent the vast majority) operate within the limits set for them by the people, and it may be time to redraw those lines to exclude civil forfeiture.