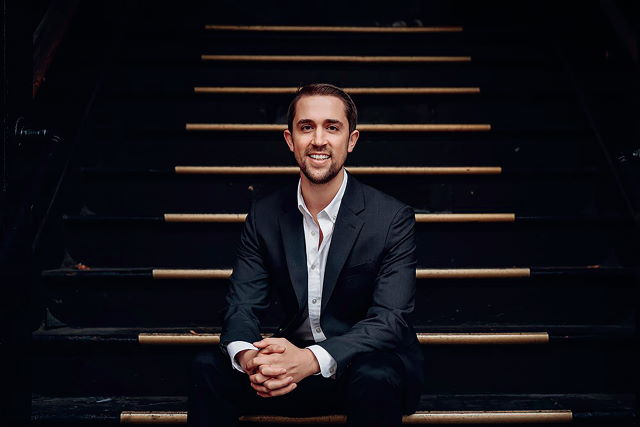 Chris is a filmmaker, writer, and policy researcher. He’s directed four films for PBS, including his latest, America Lost, available at americalostfilm.com.
by Joseph (Jake) Klein

Summary: Joseph (Jake) Klein interviews Christopher Rufo (filmmaker, writer, and policy researcher) on critical race theory and the destructive ideas it promotes. Rubo describes his role in creating the Trump executive order that banned critical race theory trainings in government and federal contractors. They also discuss how this “training” has become so widespread and how to fight it.

See also the video of the interview:

Joseph (Jake) Klein: Hi everyone, I’m Jake Klein. I’m a film and video producer at the Capital Research Center and I am also the author of the upcoming book Redefining Racism: How Racism Became Prejudice Plus Power, which people can expect early next year [2021], and I’m really happy to be here with Christopher Rufo. Chris is a filmmaker, writer, and policy researcher. He’s directed four films for PBS, including his latest, America Lost, which you can see at americalostfilm.com. He’s also a research fellow at the Discovery Institute Center on Wealth, Poverty, and Morality and a contributing editor at City Journal. But Chris is perhaps best known of late for his work opposing critical race theory. 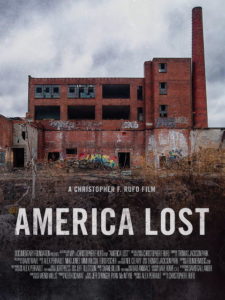 Chris, I’m particularly pleased to be speaking with you because I think we have a lot in common. We’re both filmmakers whose side interest of opposing radical social justice politics have ended up taking more and more of our time. That’s a funny little similarity we have, but unlike me, you’ve actually had some really immense political impact on the issue.

Christopher Rufo: Sure. Critical race theory in a nutshell is the idea that American social and political institutions are preaching values of equality, liberty, and opportunity but that it’s really a camouflage for racial oppression. You have to essentially dig under the surface to uncover racism, oppression, discrimination, etc., which is the true heart of American institutions. This is an interesting academic theory that emerged I guess now 30 years ago, but it’s been repackaged in a number of ways. It’s been repackaged from academia into HR language.

Over the summer I did a series of investigative reports, almost exclusively based on leaked internal documents from federal, state, and local agencies where they were teaching the tenets of critical race theory within the public bureaucracies—teaching, for example, that employees can be reduced to a racial essence, that they share some race-based guilt and must be put through a series of race-based reeducation and in many cases just simple brainwashing.

The reports that I released at the New York Post, City Journal, Wall Street Journal, and elsewhere, and then my appearances on Fox News and a long opening segment on Tucker Carlson Tonight got the attention of the president, who then took action. I was able to have the good fortune of working with their team to craft the executive order that eventually abolished these trainings in the federal government.

Klein: I’m, first of all, a huge fan of that executive order. I think it’s one of the best things that’s happened in the last couple months. I wish it were maybe messaged by the administration a little bit differently, but it’s the first big step that was really necessary. Now I understand Biden has expressed an intention to overturn the executive order when assuming he gets into office. How do you see that playing out?

Rufo: Yeah, I mean, it’s not certain. There are reports and speculation that that will be one of the first to get overturned. I sure expect it. [President Joe Biden overturned that executive order on January 20, 2001, the same day he was inaugurated.] It’s just a double-edged sword when you get something done by executive order. When the administration changes, they can typically get rid of it. So we’ll see. I don’t think the battle is totally lost, but certainly if they were to get rid of it that would be a step back. I think the larger point is really that we demonstrated a proof of concept. We demonstrated that it’s both feasible at the level of governance but also frankly politically popular.

The thing that we’ve seen in the past is a real fear of engaging on these issues politically, and I think that fear has really been exposed as being overwrought, as being unnecessary, and I think that it provides a template for legislation, should Congress change or when the presidency changes again for further action. I’d actually like to see it done on a much bigger scale, a much broader scale. I think that there’s a lot of ways that we can take this victory as a template or first shot and then hopefully take broader and deeper action in the future.

Rufo: I think that you have to look at expanding it institutionally. So I had some productive conversations with the Department of Education and other folks within the legal world, and we were trying to think of how we could extend this to K–12 schools and to universities. I think that’s a natural next step.

I think you could really in one fell swoop cripple these programs and then also looking at line by line federal funding towards research projects, scientific projects, etc. and really just zeroing all of those out all at once through the federal process.

So we put out a short film a couple months ago about how college administrators, a lot of them are people who majored or studied in general in college these ideas and maybe went to grad school in these ideas, and then they’re just totally unemployable. So because they can’t teach and they can’t get work in the private sector, they just become administrators and then have all these trainings for students separate from classes where they just force it down everybody’s throat.

Then the Washington Free Beacon published an article about how Robin DiAngelo is making $14,000 on average a training session doing this. Humorously, she was brought to the University of Wisconsin for one of them and was paid 70 percent more as a white woman than a black woman teaching the same ideas on the panel.

In education, we’re seeing this as a cash grab that keeps these people employed, and they just have to keep it going, even if the ideas are bad, because otherwise they’re out of money. Then in the private sector we’re seeing outrageous fees for these people to come and teach it in corporations.

Are you seeing any pushback on that in corporations, or in education, or in government? They’re paying these outrageous fees, and then they’re seeing what’s actually being taught. And are we getting any sense that after they see what it actually is and what they just paid for that they’re unhappy with it at all?

Rufo: No. There’re two levels to look at it. On the direct level the answer is “No” because the diversity administrator hires the diversity consultant to teach in a diversity class. All of those people are benefiting from this ecosystem where money is flowing almost always from the public sector, taxpayer funds, into these bureaucracies, into these private entities. Then they cycle in and out? So they’re very happy with the arrangement.

But the third parties are now becoming unhappy. And third parties are things like the students in universities or the parents in K–12 schools, where they’re saying, “Wait a minute, is this a really good use of public funding when we have, for example, falling municipal budgets? We have schools that are having to cut costs. Do we really want a $465,000 diversity audit? Is that really the best use of funding?”

So I think we’re finding that the supposed beneficiaries of these systems are starting to revolt against them because they’re really seeing them for what they are. They’re a circular, self-reflective, navel-gazing oppression business. [It] doesn’t actually do anything for students and serves only to reinforce the ideologies of people within the institutions and then pads the bank accounts of the diversity industrial complex. [The diversity industrial complex] survives by teaching these frankly ridiculous seminars that are self-justifying and also self-perpetuating, along their own economic interests.

Klein: I think one of the things that’s been really difficult here is a lot of people will listen to us and at this point [and say], “Okay, they’re calling these programs that are meant to fight against racism self-serving and cash grabs.” I think a lot of the people that are pushing this forward are truly in their heart coming from a place of good intention, and they haven’t thought these ideas through at all. I think a lot of this is like a language game. They’ve captured the term anti-racist. So their perspective—in my view and I’m sure your view—is very directly racist. They’re asking people to judge others based on the color of their skin, but yet they’re calling that anti-racist.

If you had to make the best possible argument for why this is catching on and why we’re not always getting through, what do you think is going on that’s allowing these just terrible ideas to spread?

I think a lot of these folks understand that this stuff is BS, half-baked pseudoscience, but no one really wants to take the stand to stand up against it within an institution. So what happens is that you get two or three people, maybe a dozen people within almost any large bureaucracy. If they push hard enough to include this, they’re really going to find no internal resistance. People will say, “Well, that’s the tax of doing business. That’s a bribe I’m willing to pay. That’s an extortionary demand that I’m willing to just settle for because I don’t want to be fighting this fight.” So you replicate that enough times and all of a sudden you have it being unstoppable within institutions.

I think, secondly, they construct the argument so that if you do resist, if you do dissent, if you do disagree, it’s just proof of your own white fragility, white privilege, or internalized white supremacy—whatever they want to deploy. So they’ve done it in a way where any disagreement is proof of guilt, which is logically and intellectually bankrupt, but politically very effective.

I think people have just gone along with it, and a lot of people because they have good intentions, say, “Well, that’s probably good. It’s probably not bad.” People who have dug a little deeper or have some skepticism, they well, “I’m not going to really die on this hill. I’m just going to let this thing go.” Then fast-forward a couple years where you have really no opposition, and I think the opposition has not been effective so far because there hasn’t been any. You haven’t had any political figures on the right making a substantive case against this stuff. People have been conditioned since the culture wars. Peak of the culture wars in polite society, in corporate society, and even the bipartisan consensus is to avoid these issues. Only relatively recently has that changed, and I think that as that changes we can expect political changes to follow.

In the next installment, note how ballot initiatives to allow racial preferences were defeated in left-leaning states.