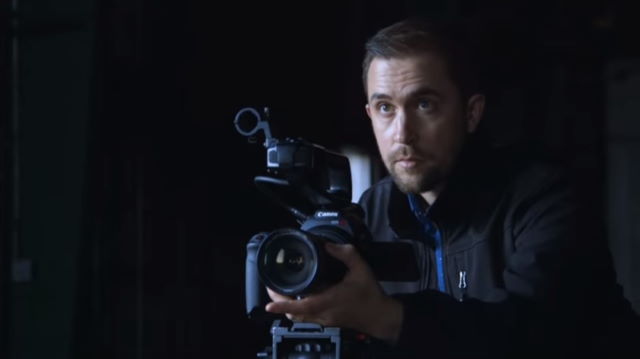 "I have at this point hundreds upon hundreds of whistleblowers from different companies, agencies, and governments. They’re all unanimously horrified by [critical race theory], and in many cases they’re scared to speak out." Credit: Christopher Rufo/America Lost.
by Joseph (Jake) Klein

Klein: We’ve talked a lot in broad terms about the ideas that are contained in critical race theory and being taught to people, but having those whistleblower documents, are there any specific things that you think people would be particularly shocked to know are being taught in those classes?

Rufo: Yeah, I’d say these are the three recurring concepts that I think are the most disturbing.

First, race essentialism—the idea that you can reduce the essence of a human being to their racial category. You are white and therefore the racial essence within you is whiteness. Without knowing you as a human being at all, I know that and that there are all these things, all negative things, that are true about you. That’s a key concept and is basically the same racial essentialism of 100 years ago that was used on a different hierarchy. They’re reviving race-based hierarchies.

Second, the idea that in order to tackle racism you need to have racial segregation. I’ve documented a number of instances [where] governments are now segregating employees on the basis of race, saying: Here’s a room for white employees. Here’s a room for black employees, Here’s another room for people of color. That segregation is really the root towards social justice, which I think is really disturbing and probably shocking to most people.

Third is really race-based guilt and race-based harassment, where you have a number of cases where white employees are forced to acknowledge their own complicity in white supremacy, to publicly denounce themselves, and in some cases to write letters of apology. [These are] people who have done nothing wrong. They’re working in bureaucracy, probably doing their job with a reasonable amount of competence, [and] have done nothing wrong but are being forced to go through this regiment of reeducation just because of their inborn characteristics.

I think that’s wrong. I think it’s wrong no matter who it’s targeted towards, and I think that most people, especially that read the reporting that I did over the summer were rightfully horrified to learn about it.

Klein: In the late ’60s and early ’70s Robert Terry was teaching that the best a white person could be is a “anti-racist racist.” And I think that’s really shocking. That’s the sort of the thing where I think if you share that fact with somebody who is vaguely sympathetic to these race trainings and thinks vaguely that they must be having some impact against racism because otherwise why would they do them—if they knew that it considered all white people, including you, the listener, racist by definition—they would really pull back from that.

Are you seeing that specific idea still alive in today’s trainings? If so, are you seeing the people that are being forced to stand up and admit guilt? Are you seeing them have any reaction to that that might be a recoiling and moving away from this and starting to realize no, this is not right?

Rufo: Yeah, absolutely. I mean, I have at this point hundreds upon hundreds of whistleblowers from different companies, agencies, and governments. They’re all unanimously horrified by this, and in many cases they’re scared to speak out. But they want to expose this to the world because they are insulted, frightened, and morally recoil from this stuff. I think it really seeks to undermine in a lot of ways the progress that we have made on these issues and redefine the terms so that you can never get out of it. I mean, it tries to make racism and oppression into a permanent condition that permeates everything. Most people don’t believe that, and I think that most people of all races don’t believe that. I think people who have been maybe seduced by the rhetoric or in many cases bullied into tacitly supporting it, the further that they get in, have an instinctual reaction to say, “Wait a minute, this isn’t right. This isn’t what I signed up for. This doesn’t have anything to do with making progress. This is very divisive. This is very toxic. This is very harmful.”

Then any ideology that promises forever guilt and forever evil is just really destructive. You’re offering people essentially no way out. And I think the closest thing that you can think of is that it operates almost like a cult programming where they’re convincing you of some deep internal flaw. They’re saying that they have the unique answer, that you need them in order to purge yourself of this guilt, but then always moving it just beyond reach. It’s manipulative, and I think people are catching on.

Klein: On that cult brainwashing point, I agree with that entirely. Something that I found is that a lot of the educational techniques used in these trainings were developed at an organization called the NTL Institute. Now, this is something interesting to talk about with you because you recently wrote an op-ed—I think it was in the Wall Street Journal—where you said, “This is not sensitivity training.” That’s such nice flowery words for it, and that came up in the first debate between Trump and Biden. Chris Wallace called it racial sensitivity training.

One intellectual educational path of it was into these race trainings, but another one where the same technique was used was into a cult called Synanon, which was a big thing in the ’50s, ’60s, ’70s, where it claimed to be like an Alcoholics Anonymous group, but it was a literal cult that gave up the Alcoholics Anonymous thing halfway through and made all the members shave their heads and stuff like that. They were implicated in murders, and they used some of the same educational techniques as was originally called sensitivity training. It also informs the way that racial awareness trainings are done. So I think it really very literally is that.

Well, I think we’re almost about out of time. I may have asked you about this already, but in light of the whole conversation that we’ve had, what is the biggest thing that you would recommend people do if they want to put a stop to this and reclaim the fight against racism from these self-described anti-racists to I think true anti-racists like us, who want to end judging people based on the color of their skin? What can people do?

Rufo: I think it’s essential that people . . . I’m obviously a big proponent of using executive and political power to do as much as we can, but ultimately this has to be fought in a decentralized way. So parents, students, citizens, corporate employees will have to get organized within their institutions to put up a fight on this stuff and will have to have some courage to stand up to it. I think that we’ve seen already a couple of successful campaigns against it in K–12 schools. For example, in Fairfax County and, I believe, Loudoun County, Virginia, parent groups have successfully fought against it, and they’ve done it by mobilizing, organizing, running PR campaigns, showing up for meetings, and really gathering a multiracial coalition of people from all different backgrounds to say, “Hey, we don’t believe in this. We don’t like this. We don’t want this. This is harmful to kids.” Just what the Asian Americans and others did in California and Washington, pushing back against the race-based preferences.

You have to make the case. You have to be willing to go through the gauntlet. You have to be willing to get beaten up by your opponents a little bit, but then actually cobble together a coalition that has enough power, strength, and authority to push back. I think it totally can be done, and I think that it just takes smart organizing on the ground among concerned people. I think that ultimately we can win because ultimately these diversity trainers and others are wrong on the issues. It conflicts with the values that most people have, and I think that my favorite thing about this is that what taxpayers giveth, taxpayers can taketh away.

These race trainers have no independent base of support. They’re almost entirely the creatures of public funding, whether in education, consulting, or a university setting. So we can very easily cut off the funding and cut off the gravy train for these folks, and over time put them really back in this same place they ended the 1960s, which was when they tried to foment the revolution. And the revolution was very unpopular. They alienated most Americans, and they laid dormant for a number of years. I think that’s where we have got to put them. Politically, we have to put them back in that position.

Klein: Chris, I can’t thank you enough for taking the time to talk to me. This has been wonderful, and also thank you so much for all the incredible work you’ve been doing on this for a good bit of time now. Where can people who are interested in following your work and learning more go?

Klein: Thank you so much.