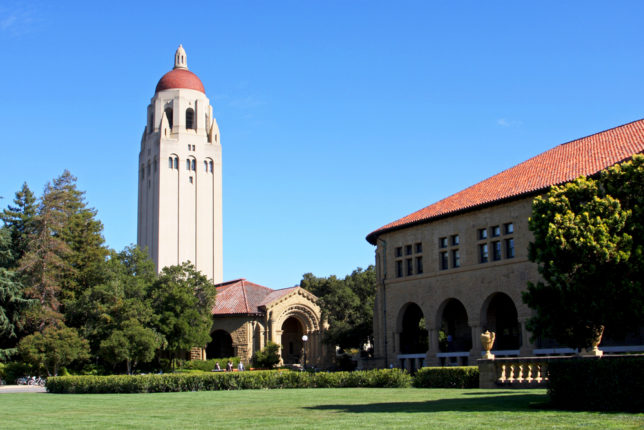 Besides their tax exemption and tax deduction for donors, 501(c)(3)s enjoy a key advantage over political committees (PACs): distance from the two parties. While Republican and Democratic National Committees struggle with many independents, nonprofits can blanket themselves in “feel-good” imagery: civic engagement, patriotism, etc.

And they have to. The IRS bars (c)(3) voter registration that would even have the effect of favoring one party over another. Private foundations may fund “public education” about candidates and elections, GOTV, and registration drives that don’t benefit one candidate over another. (There’s a third option—501(c)(4) groups, which may also endorse candidates and ballot measures, but donations to them aren’t tax-deductible.)

Theoretically, both sides would toe the same line. In practice, the left is shameless about using 501(c)(3)s to target likely Democratic voters while the Right is too afraid of losing tax exemptions to engage in much (c)(3) registration at all.

He has done more red registration and GOTV than any person alive, much of it through 501(c)(4)s….But asked if he had ever used (c)(3) foundation money to fund, or (c)(3) public charities to execute, registration and GOTV, Rove said he never had, and seemed shocked at the thought [emphasis added].

That reluctance contrasts with the left’s reckless abandon for politicizing (c)(3)s. Nonprofit VOTE’s own case studies of foundations funding election work reveal how thin the veneer of “philanthropy” really is. It gushes that in 2017, the Fund for New Jersey “took the opportunity of an open governor’s seat and legislative elections to share research and policy ideas with candidates and policymakers,” while in Minneapolis, the Graves Foundation “didn’t want parents, families and others with a stake in public education to miss” a local school board race “for lack of knowledge of who was running and issues at stake.” (One wonders about the Graves Foundation’s stake in that election’s outcome.)

In the 2021 California governor’s recall, the California Donor Table Fund advised foundations on how they “can engage their grantees and the communities they support around the recalls” by funding “communities of color” and “those that are typically underrepresented in off-cycle elections” because “California’s democracy is under threat.”

The right-leaning Christian group I spoke with explained that the left is far more sophisticated in targeting likely voters than the right. Stacey Abrams’s Fair Fight group, for instance, allegedly asks Georgians about which issues interest them as part of the registration process, a huge red flag for partisanship (that, and her own status as a former Democratic gubernatorial candidate in the state).

“We don’t do that,” he said. Instead, his organization gathers only the names and addresses of potential Evangelical voters. “I know for a fact we’ve registered both Democrats and Republicans,” he added. One suspects Abrams couldn’t say the same.

Left-wing funders are surely seeing these results before they cut checks. An internal memo by the secretive Democratic turnout group Mind the Gap, which connects Silicon Valley donors to key congressional races, advises:

The most effective tactic in a Presidential year by a wide margin is nonpartisan voter registration focused on underrepresented groups in our electoral process. Provided that such efforts are well-designed and executed, on a pre-tax basis they are 2 to 5 times more cost-effective at netting additional Democratic votes than the tactics that campaigns will invest in (chiefly, broadcast media and digital buys). Because 90 percent of the contributions we are recommending for voter registration and GOTV efforts will go to 501(c)(3) organizations and hence are tax deductible, on an after-tax basis such programs are closer to 4 to 10 times more cost effective than the next best alternative. They are also eligible recipients of donations from donor-advised funds and private foundations [emphasis added].

The memo equates “nonpartisan voter registration” with “netting Democratic votes”—the very thing the IRS instructs nonprofits to avoid. It concludes, “The most effective investment that Democrats can make in the 2020 elections is in early voter registration, targeting minorities and other underrepresented groups in the ‘rising American electorate.’” Notably, the shadowy Democracy Alliance, which represents almost every major funder on the left, also considers the Rising American Majority “central to progressive long-term success.”

Mind the Gap suggests two “nonpartisan” nonprofits targeting this vote-rich strata: the (c)(3) Voter Participation Center and (c)(4) Center for Voter Information, which sent millions of mail-in ballot applications to voters across battleground states in the 2020 election and again in Virginia’s 2021 gubernatorial race.

The Voter Participation Center boasts that it’s “dedicated to increasing the share of unmarried women, people of color, Millennials, Gen Z, and other historically under-represented groups in the electorate.” In 2012, liberal journalist Sasha Issenberg spelled out the obvious: “Even though the [Voter Participation Center] was officially nonpartisan, for tax purposes, there was no secret that the goal of all its efforts was to generate new votes for Democrats” (emphasis added).

Leftists deceive when they pretend that this is about helping Americans vote and righting past wrongs. These reports are Democratic GOTV strategy guides with the word “nonpartisan” slapped on for cover. This is really about microtargeting certain demographics and localities that will contribute to Democratic victories—exactly what the IRS prohibits tax-exempt nonprofits from doing. And mega-donors are willing to throw multi-million-dollar grants at this project because they know it’ll reap billions in policy outcomes.

In the next installment, registering and turning out millions of new voters takes lots of time and money.