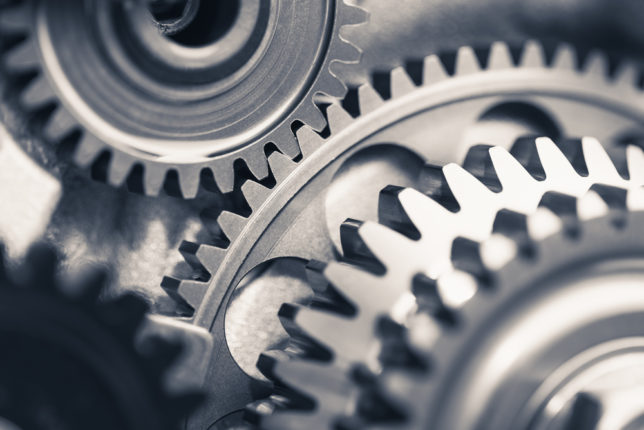 Cogs in the Machine

We traced the finances and funders of 24 top voter registration nonprofits. Together, these organizations spent roughly $434 million in 2020 alone. Not all of this money went to election work, but it gives a sense of the scale of this vast machine.

That machine includes Stacey Abrams’s Fair Fight Action, the Black Voters Matter Fund, and Rock the Vote. State Voices moves money to affiliates juicing Democratic turnout in 22 states. America Votes, the self-styled “coordination hub of the progressive community,” is funded by the Arabella Advisors’ “dark money” empire to provide leftists with GOTV data. The Voter Registration Project poured over $116 million in grants into state-level GOTV groups for the 2016, 2018, and 2020 elections.

And Majority Forward—which pumped $1.7 million into Georgia’s 2021 special Senate election, securing the Democrats’ Senate majority—is affiliated with the partisan Senate Majority PAC. Majority Forward “alone accounted for about $1 of every $3 in dark money spending in 2018,” according to the left-leaning group Issue One.

Altogether, the foundations bankrolling these groups have channeled $461 million into them over roughly the past decade. The biggest contributor is the Ford Foundation, which doled out at least $41.5 million to voter registration nonprofits. Other notables are the Proteus Fund and Tides Foundation, both “dark money” pass-throughs whose original donors are often unknown; the Susan Thompson Buffett, W.K. Kellogg, Wyss, Arca, and Bauman Foundations; and the Carnegie Corporation.

Registering and turning out millions of new voters takes time and money—lots of it. One of the most powerful organizations coordinating this effort is the Funders Committee for Civic Participation, which assembles over 100 liberal funders and pass-through groups for exactly that purpose. Notables include Arabella Advisors, the Ford Foundation, George Soros’s Open Society Foundations, Pierre Omidyar’s Democracy Fund, and the National Education Association.

The Funders Committee doesn’t move money itself. Like the Democracy Alliance (also a member) it coordinates affiliates to fund a common goal. The scale of resources this network commands is impressive: In 2020 alone its members spent about $11.5 billion in combined total expenditures—a near-limitless well of money.

The Funders Committee isn’t shy about its goal of effecting “democratic change” by funding groups focused on potent “civic engagement strategies.” Its “theory of impact” involves shuffling money to “democracy groups” advancing “structural reforms” to obtain “power.” An older rendition of the theory was even starker: registering and turning out voters to “hold elected officials accountable” and “achieve policy impact.” The Funders Committee expanded the theory in 2017 to include “defend + expand voting rights.”

The Funders Committee calls its model one of “the most effective ways to increase voter turnout,” claiming multiple victories in the 2000s that helped turn Colorado from a red to purple state. Recall that the bulk of the committee’s members are foundations barred from intervening in elections. In practice, this means boosting registration among Democrats to take over state legislatures, augmenting blue state turnout in each census, and manipulating the redistricting process, during which states redraw their congressional and legislative maps for partisan gain.

The census determines how many congressional seats each state receives and consequently its share of Electoral College votes. By boosting census turnout in places like California and New York, the Funders Committee helped limit the number of Democratic seats lost to red states like Texas and Florida, the goal of its “2020 Funders Census Initiative.” As early as 2013, the group called for an “aggressive”2020 get-out-the-count­ campaign—aping “get-out-the-vote” drives—in Democratic states. “It is vital that grantmakers get involved,” it opined. “The Census Bureau can’t do it alone.”

Democratic officials applauded the effort. Then-Sen. Al Franken of Minnesota assured attendees of the group’s 2015 conference just how important the census is in “determining how many seats in Congress are allocated.”

I know you’re working hard to make sure that the upcoming 2020 Census goes smoothly, and gives a clear, accurate snapshot of our country. I commend your foresight—the census is very important and it’s critical for us to get ready now, even though the census is still a few years away.

President Trump has actively worked to put down the Black vote and reduce outreach to Black communities for healthcare enrollment, and he will do the same when it comes to Black people taking part in the Census.

The Funders Committee had a big year in 2020, but it has been involved in this work since 2005 (and likely earlier), per a strategy memo for future GOTV operations. “Voters, particularly those from disenfranchised communities, need to see that voting translates into collective power and impact,” the report found, so funders should fund “pre-tested messages focused largely on empowerment” aimed at “unmarried women and minorities” and use paid canvassers (not volunteers) to get out the vote.

Does this sound problematic for a tax-exempt foundation? It should. A follow-up report in 2006 conceded that “funders sometimes are concerned about support of civic/voter engagement because they are political and therefore can be perceived as partisan.” (Note the attempt to show how registration drives can be political without also being partisan.)

Ditto a 2019 discussion of the Integrated Voter Engagement model by the University of Southern California, which admits that “some funders may shy away from electoral work for being too political. After all, partisan politics and GOTV efforts are usually about running candidates and passing propositions.” Their solution: If enough foundations do it, we can all get away with it!

Given the IRS’s reluctance to thump foundations for politicking, they’re probably correct. The 2020 election only whetted the left’s appetite for partisan “philanthropy.” Many will recall Time’s infamous February 2021 article, “The Secret History of the Shadow Campaign That Saved the 2020 Election,” which praised the “conspiracy” of nonprofits that put Joe Biden in the White House. One of the chief culprits was the Center for Technology and Civic Life (CTCL), which used $350 million from Mark Zuckerberg to effectively privatize the election in electoral hotspots in battleground states.

In the next installment, conservatives are losing the battle to educate, register, and turn out new voters.