Charity or Billions for the Left’s Voter Pipeline? Saving Democracy or Democrats? 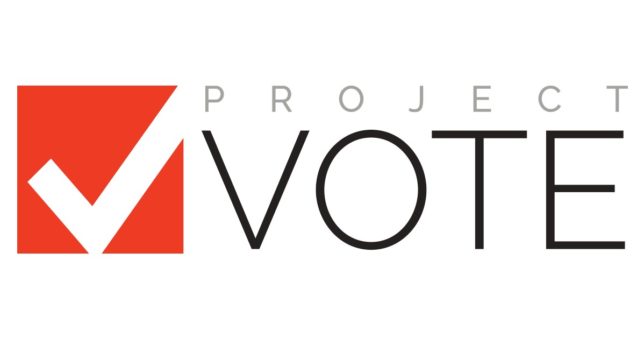 Powerful leftists might have viewed unseating President Donald Trump as a cause worth pouring any amount of money into, but one suspects that they’re less inclined to do so for all future elections indefinitely. Welcome to the ugly world of election “reforms” designed to get the federal government to subsidize or achieve what mega-donors currently supply.

Targeting Minors. The far-left Center for Popular Democracy supports pre-registering 16-year-olds when they apply for driver’s licenses or enroll in high schools civics courses, “automatically adding them to the voter rolls when they turn 18.” The Funders Committee would have states adopt faculty-run voter registration programs at high schools, advising them to include “student leaders…as students are influenced by their peers.” Sound problematic? In February 2021, New York Democrat Rep. Grace Meng introduced a constitutional amendment to lower the voting age to 16, with praise from Rock the Vote and other advocacy groups.

Automatic and Same-Day Registration. Until it shut down in 2017, the ACORN spin-off Project Vote wanted to let individuals register to vote on Election Day. Going further, why not use the long arm of government to automatically register every warm body in the country? That’s the goal of the Center for Secure and Modern Elections, a front for Arabella Advisors’ $1.7 billion “dark money” empire, which has lobbied for these “reforms” across the states.

Permanent Vote by Mail. In 2020, the Democratic Party overcame decades-old (and well-founded) reservations about mail-in ballots thanks to Covid-19 and the influence of the National Vote at Home Coalition. In many states, Democratic officials’ last-minute changes to voting laws effectively made 2020 the country’s first all-mail election.

The U.S. Alliance for Election Excellence, headed by the CTCL, is spending $80 million to get the federal government to spend billions on paper ballots—the main ingredient for mail-in ballots—by claiming a national paper shortage. Demos, the think tank of the radical left, proposes Congress allocate $5 billion to transform the U.S. Postal Service into a mail-in ballot collection machine. Similarly, the Democrats’ failed For the People Act (H.R. 1) would have mandated states provide CTCL-style drop boxes to collect mail-in ballots, really a vote of no confidence in the ability of the Postal Service to not lose them in the mail. These policies would build on automatic voter registration policies, that would practically mail a ballot to every U.S. citizen.

Text-to-Cure. Voters routinely make mistakes when filling out mail-in ballots. They’re innocuous—but efforts by partisan ballot-counters to correct those errors are not. In 2020, Colorado adopted TXT2Cure (“text to cure”), which enabled election officials to ask voters to correct erroneous ballots via smartphone text message by November 12—two days after the 2020 election. See any problems? The NAACP doesn’t, which is why the local chapter’s leadership has called such voter errors “disenfranchisement,” as if recording a mistake on a ballot is the equivalent to Jim Crow laws (or the American public’s fault!). This is also the position of the Democratic Party: Their For the People Act (H.R. 1) would’ve forced states to allow ballot curing “either in-person, by telephone, or by electronic methods.”

This list is far from exhaustive, but it paints a stark picture of what the activist left would do to America if permitted.

The foundations that stand behind them use more decorous language to illustrate the same thing. For instance, the Ford Foundation praised New York Gov. Andrew Cuomo’s (D) felon voting rights restoration bill in 2018 as an “important step forward for criminal justice reform, for voting rights, [and] for racial justice.” Pierre Omidyar’s Democracy Fund considers vote by mail the future of voting in America. And the Rockefeller Family Fund aims to enact “legislation to provide automatic and permanent registration to all voters.”

Again, these tax-exempt foundations are supposedly engaged in charity.

Ironically, many of these same funders paid for a famous 2005 report that denounced all of these measures and more, authored by James Baker III, who served as Ronald Reagan’s treasury secretary and chief of staff, and former President Jimmy Carter.

The bipartisan Baker-Carter Commission report still stands as a monument to how to run free, fair, transparent elections, which makes it all the sadder that today’s leftists bitterly oppose everything the report proposed. Most powerfully, it concluded that vote-by-mail schemes don’t increase turnout (a liberal shibboleth) and are among the most fraud-prone policies a nation can adopt, which is why nearly all developed countries have severely restricted or banned the practice.

That report was partially funded by the Carnegie Corporation of New York, Ford Foundation, Knight Foundation, and the Omidyar Network. All of them now fund advocacy groups that oppose every measure endorsed by the Baker-Carter Commission. Given enough time, Progressivism always eats itself.

How Should Conservatives React?

If voting is inherently political (and it is), getting out the vote is as well. And there is no better way to corrupt philanthropy than by politicizing it. At the risk of drawing too eschatological a picture, ideally no one—government or tax-exempt group—should fund voter registration drives.

If restoring a genuine, useful charitable sector is a goal then we must admit that neither side ought to engage in activities that threaten the biblical principle of philanthropy: loving one’s neighbor in Christlike fashion. If Americans reestablish that, the blessings of a restored nonprofit world will flow to non-Christians, too, which is part of that commandment’s purpose. Yet that state of affairs lies far in the future, and it will only be reached by thinking strategically and generationally. In short, we fight today’s battles with the means at hand.

Today, if conservatives want to stop the left, they must beat “progressives” at their own game. It’s only once the right outdoes the left at educating, registering, and turning out new voters using microtargeting and other sophisticated techniques paid for by foundations that leftists will abandon it altogether. Until then, it’s a one-sided battle—and conservatives are losing it.

This article originally appeared in the American Conservative on September 26, 2022.