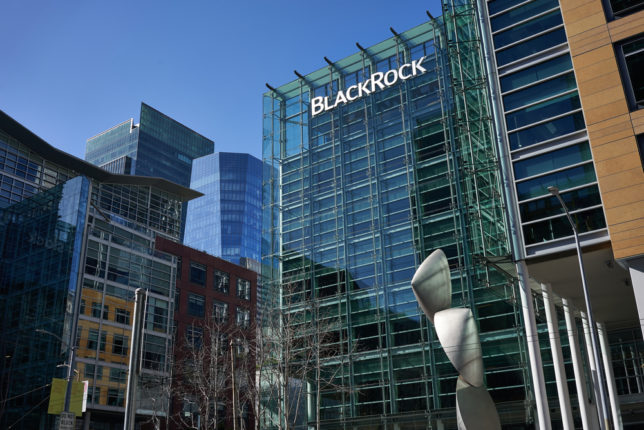 Depending on your appetite for cynicism, greenwashing is either the mortal enemy or the duplicitous ally of the environmental, social, and corporate governance (ESG) movement. ESG was created by activists aiming to force corporations to adopt and invest in their left-leaning political objectives. The crusade has won a disturbing number of converts in corporate America, notably the gigantic investment firm Blackrock.

The Greenwashing Chronicles examines the woke corporations seeking ESG greenwashing, the advocacy nonprofits bathing them, and some of the reformers seeking to end the hypocrisy. Today’s feature is BlackRock.

Crowned the “King of ESG” in a recent Daily Caller headline, BlackRock—the world’s largest asset manager—is ostentatious in its genuflecting to the woke ESG energy agenda. The top of the main page of the BlackRock website currently shows a statement giving carbon emissions co-equal billing with inflation and market volatility on a listing of the firm’s three largest mid-2022 investment concerns. In a 2021 letter to CEOs, BlackRock Chairman and CEO Larry Fink claimed: “No issue ranks higher than climate change on our clients’ lists of priorities. They ask us about it nearly every day.”

A November 2021 Quinnipiac University survey asked respondents to name their most important issue. “Climate Change / Environment” was ranked the top issue by just 4 percent, one point higher than vaccine and mask mandates, and only half as concerning as the 8 percent registered for “Immigration / Border Security.” Not surprisingly, a basket of concerns listed as “Net Economic Problems” scored 25 percent.

In a May 2022 survey the Heartland Institute and the polling firm Rasmussen Reports measured the opinions of Americans regarding the ESG investment movement and asked this question:

Many publicly traded investment managers like BlackRock and Vanguard use these non-financial ESG scores to influence corporations to change their policies, products, and business practices.  Do you support or oppose this practice?

Of those with an opinion, 43 percent “strongly” or “somewhat” opposed ESG, against just 29 percent that supported it. Many respondents (27 percent) answered “not sure,” which is not surprising because an earlier poll question demonstrated 60 percent hadn’t yet learned what ESG was.

Asked about a hypothetical law prohibiting publicly traded investment firms such as BlackRock from using ESG scores to pressure corporations to change policies and business practices, 38 percent supported, 31 percent opposed, and 31 percent weren’t sure (again, likely due to most of them having just learned what ESG meant).

Another May 2022 poll from Echelon Insights took a stab at measuring ESG popularity. Asked if corporations should use their influence to advance political or social agendas, 58 percent were opposed and just 29 percent were in favor. If anything, these responses were from a left-leaning audience, as 47 percent reported voting for Joe Biden in the 2020 election, versus 43 percent for Trump.

So, contrary to what Larry Fink says, an average sample of his 44 million American customers will likely show that few of them are bombarding his office with emails worrying over climate change. They are—at best—indifferent to BlackRock’s woke agenda and perhaps hostile to it.

How committed is BlackRock? Does the ESG noise from the firm and its chief represent lefty ESG policy or just greenwashing?

It is difficult to underestimate BlackRock’s potential influence over public policy. Midway through 2022 the firm reported $8.4 trillion in customer assets under management. This amount exceeded the combined market capitalizations of five of the largest corporations in the world: Apple, Microsoft, Alphabet (formerly Google), Amazon, and Meta (formerly Facebook).

Its investment funds are one of the 10 largest owners of a dizzying number of major corporations. Some current examples include the second-largest ownership stake in Amazon, Costco, Ford, Microsoft, PepsiCo, Proctor & Gamble, Unilever, and Wal-Mart; and the third-biggest stake in Alphabet (Google), Apple, Coke, Danone, Johnson & Johnson, JP Morgan Chase, Meta, Morgan Stanley, Tesla, and 3M.

This stash gives the giant money manager enormous ESG leverage if it cares to use it, particularly when it votes the shares of one of those firms on behalf of its investment clients. BlackRock has the power to accomplish what left-leaning federal politicians cannot.

BlackRock is also a member of or partner with several left-leaning ESG policy nonprofits and programs.

Founded in 1989, Ceres Inc. is one of the original ESG advocacy nonprofits. It operates on a membership model and annually collects millions in membership fees from hundreds of participants in its investor and corporate networks. BlackRock is listed as a member of the investor network, alongside left-leaning labor unions and advocacy nonprofits such as AFSCME, the Teamsters Union, the SEIU, the Sierra Club Foundation, and Generation Investment Management (an ESG-obsessed asset management firm with none other than Al Gore as the chairman).

Since 2016 Ceres has also received tens of millions in funding from left-wing climate advocacy foundations such as the John D. and Catherine T. MacArthur Foundation, the Skoll Fund, the Sea Change Foundation, and the Energy Foundation.

Ceres promotes itself and its membership as stewards of the land, conservation, and sustainability. But the Greenwashing Chronicles profile of the nonprofit demonstrates it is also a strong advocate of land-consuming, weather-dependent wind and solar energy systems. Ceres has also been unfriendly to carbon-free nuclear energy, which leaves very tiny scars on the land compared to wind and solar.

In 2015 BlackRock and Ceres announced they had teamed up to create a “how to” manual to help individual shareholders bully corporations into adopting ESG positions. In 2020 BlackRock announced it had also signed up for the Ceres’s “Climate Action 100+” program. A Ceres news release boasted: “BlackRock will be under greater pressure to help achieve the initiative’s goals and align their shareholder votes with resolutions filed by Climate Action 100+ investors.”

The advocacy nonprofit Carbon Disclosure Project (CDP) is another BlackRock partner with an anti-nuclear, anti-conservation agenda. In 2021 CDP named BlackRock a “supplier engagement leader” and gave the investment firm an A-minus rating on the 2021 CDP Climate Change Survey.

Applying its own home-cooked values and criteria, CDP grades the supposed climate friendliness of corporations and governments. For example, in 2018 the nonprofit publicly praised 40 cities across the world for “operating on 100% renewable energy” and more than 100 for obtaining 70 percent of electricity from renewables.

But rather than a few dozen cities meeting the “100%” criteria, there should have been hundreds (probably thousands) doing so if CDP merely praised every town running on carbon-free power. This didn’t happen because the CDP considers electricity obtained from nuclear power to be co-equally dirty with burning coal in a century-old furnace. According to CDP, “renewable energy in CDP’s city data is defined as electricity from solar; wind; hydro; wave power; biomass; geothermal and other non-nuclear or non-fossil fuel sources.” [emphasis added]

A third BlackRock ally on the nonprofit left is Ellen MacArthur Foundation (EMF). Promoters of a “circular economy” concept that will supposedly consume fewer resources, EMF is in practice just another cheerleader for the landscape inhaling interests of big wind and solar energy corporations. BlackRock is listed as one of EMF’s “Strategic Partners,” an exclusive group at the top of the nonprofit’s support network that includes the group’s “main philanthropic funders.”

A major focus of the Ellen MacArthur Foundation is a war on plastic production. As explained in the Greenwashing Chronicles profile of EMF, the planet’s real plastic problem isn’t the responsible (and often environmentally preferable) plastic use and production in rich nations, but instead the lack of proper waste disposal in heavily populated developing nations.

According to Our World in Data, the United States, Canada, all of Europe, Japan, South Korea, Russia, Australia, and New Zealand combined are collectively responsible for less than 2 percent of plastic pollution reaching the ocean. On the other side, Brazil alone is credited with almost 4 percent of the total trash in the water. And tiny Costa Rica, land of supposed conservation superheroes, annually dumps almost as much plastic into the high seas (450 tonnes) as the Russians (542 tonnes).

When BlackRock and the Ellen MacArthur Foundation partnered up in 2019, the investment firm created a “circular economy” fund to help advance EMF’s agenda. But their joint commitment to the cause has been criticized by other advocates on the anti-plastic Left.

Although making grand use of images of plastic floating in the water, the Minderoo Foundation doesn’t address the actual source of and reason for nearly all plastic in the ocean. Instead, the Australian nonprofit makes this claim: “Single-use plastics—the cheap plastic goods we use once and then throw away—epitomise the plastics crisis.”

Minderoo’s 2021 report, The Plastic Waste Makers Index, attempted to identify and shame the firms responsible for “enabling the single-use plastics crisis.” BlackRock was ranked in second place on a list of the planet’s 20 largest “institutional asset managers investing in single-use plastic waste.”

Then there is Talking Trash: The Corporate Playbook of False Solutions to the Plastic Crisis, produced in 2020 by the Changing Markets Foundation, another lefty plastic-prohibitionist group. The authors concluded the Ellen MacArthur Foundation’s New Plastics Economy Global Commitment was being used for “greenwashing purposes” by corporations trying to “boast to consumers and decision-makers about their (non-binding) commitment to a circular economy.”

In the next installment, BlackRock promotes ESG politics as good for investors.