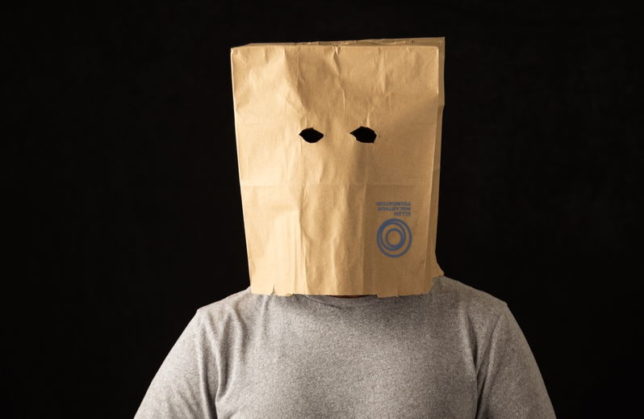 Depending on your appetite for cynicism, greenwashing is either the mortal enemy or the duplicitous ally of the environmental, social, and corporate governance (ESG) movement. ESG was created by activists aiming to force corporations to adopt and invest in their left-leaning political objectives. The crusade has won a disturbing number of converts in corporate America, notably the gigantic investment firm BlackRock.

The Greenwashing Chronicles examines the woke corporations seeking ESG greenwashing, the advocacy nonprofits bathing them, and some of the reformers seeking to end the hypocrisy. Today’s feature is the Ellen MacArthur Foundation.

The membership network of the Ellen MacArthur Foundation (EMF) includes more than 200 corporations, governments, funders, and other familiar entities. In the highest membership tier are the 19 “Strategic Partners,” which include ESG heavyweights BlackRock, Google, the big consumer products firm Unilever, and major philanthropic funders such as the Schmidt Family Foundation (founded with the fortunes of former Google CEO Eric Schmidt and his wife, Wendy).

Lower-tier members include the international beer conglomerate AB InBev, Nestle, and many others.

The founder is British Dame Ellen MacArthur, a retired competitive yachtswoman who once held the world record for solo circumnavigating the globe. According to the nonprofit’s website, MacArthur’s sailing exploits taught her that we “need to transform our extractive, throwaway economic model to one that was based on the principles of a circular economy—an economy designed to keep materials in use, eliminate waste and regenerate natural systems.”

This corporate babblespeak conceals an agenda that is vague at best and contradictory at worst. The EMF positions on plastics and “renewable” energy demonstrate the point. Ellen MacArthur’s circular economy is often the enemy of conservation.

What we throw away is often an example of how we “regenerate natural systems.” Elephants and sea turtles were once the primary source of the malleable material used to create piano keys, billiard balls, eyeglass frames, jewelry, combs, and countless other products. A lot of the plastic in the landfills of rich nations is a critical part of the conservation effort to save those species.

Producing new plastic is often a smarter use of the planet’s resources because it is made from what would otherwise be the waste product of refining oil and natural gas. Making straws, cups, plates, and other items from plastic rather than paper frequently leads to a comparatively lighter use of the planet.

The clumsy environmental footprint that results from answering the “paper or plastic?” question wrong at the grocery store was explained further:

For paper bag production, forests must be cut down (trees are absorbers of greenhouse gases) and then the subsequent manufacturing of bags produces greenhouse gases. The majority of paper bags are made by heating wood chips under pressure at high temperatures in a chemical solution. The use of these toxic chemicals contributes to both air pollution, such as acid rain, and water pollution. These chemicals can pollute waterways; the toxicity of the chemicals is long-term and settles into the sediments, working its way through the food chain. Further toxicity is generated as both plastic and paper bags degrade. Paper bags generate 70% more air and 50 times more water pollutants than plastic bags.

The Ellen MacArthur Foundation’s so-called “circular economy for plastic” is promoted as a utopian plot that by 2040 will supposedly add 700,000 jobs, save $200 billion annually, cut 25 percent of the world’s carbon emissions, and eliminate 80 percent of the annual volume of plastic pollution reaching the ocean.

We must change how we design, use, and reuse plastics. We cannot simply recycle or reduce our way out of the plastic pollution crisis. If we don’t act now, by 2050 there could be more plastic than fish in the oceans.

Plastic trash harming precious creatures on the high seas is a serious problem. But plastic use by consumers with access to modern waste management is not.

Combined, Asian and African nations are responsible for 90 percent of the problem, 81 percent of it for Asia alone.

In 2019 the Alliance to End Plastic Waste, a partnership of Dow Chemical, Exxon-Mobil, Shell, and dozens of other big corporations committed at least $1.5 billion over five years to a plastic waste cleanup program, with most of the money targeted at Asia and Africa. Of the 28 projects listed thus far, 23 are in Africa and Asia, compared to three combined in North America and Europe.

The alliance shows 10 projects for India, the Philippines, and Malaysia. The planet’s 10 worst rivers for plastic pollution are in these three nations.

The Ellen MacArthur Foundation may use the ocean plastics problem to sell its circular economy, but the focus of the nonprofit’s agenda appears to be elsewhere.

Under a web page tab for “Circular economy examples,” the EMF has 165 entries: 102 are tagged North America or Europe, and just 17 combined are tagged to Asia, Africa, and China. Furthermore, one of the Asia tags is for a project in Japan, another rich industrial power that is not a major source of ocean plastic trash.

What then is being accomplished?

Break Free from Plastic, another stridently anti-plastic nonprofit, produces an annual “Brand Audit” in which it ranks what are supposedly the 10 worst plastic polluters (as measured by the labels on the trash found by volunteers). The 2021 report listed Coca-Cola as number one, followed by PepsiCo, Unilever, Nestle, Proctor & Gamble, Mondelez International, Philip Morris, Danone, Mars, and Colgate Palmolive.

Eight of the 10 are EMF members, and two are listed as top-tier “Strategic Partners.”

Changing Markets used the Break Free from Plastic audits as the basis for criticizing many of those same corporations in its 2020 report, Talking Trash: The Corporate Playbook of False Solutions to the Plastic Crisis.

The analysis stated that signatories to EMF’s New Plastics Economy Global Commitment were “blatantly” using “their participation in the programme for greenwashing purposes, and to boast to consumers and decision-makers about their (non-binding) commitment to a circular economy.”

Where the EMF’s commitment to ocean plastics appears to be merely oversold, the Ellen MacArthur energy agenda is a clear enemy of resource conservation.

Completing the picture: How the circular economy tackles climate change, the EMF’s 2019 policy paper on climate and energy, repeatedly champions “renewable” energy, what it defines as the promotion of investments in weather-dependent wind and solar energy:

Decarbonisation of the energy system is necessary and needs to accelerate. Renewable energy and energy efficiency are key, and could provide over 90% of the reduction in energy related CO2 emissions by 2050. The cost of generating electricity from wind, solar, and battery technologies are now lower than fossil fuel alternatives in more than two-thirds of the world, with renewable sources projected to supply more than 60% of global electricity in 2050. . . . However, investments today are still not moving quickly enough.

As noted in a prior Greenwashing Chronicles report, using wind turbines and solar panels to power a commercial electrical grid at scale would consume an unacceptably huge chunk of real estate:

Even though these Trabants of power production are often sold as “environmentally friendly,” they are voracious consumers of the environment. A 2021 analysis by Bloomberg News estimated that solar needs 47 times more land to produce the same electricity as a nuclear power station and that the problem is far worse for wind (123 times).

An average-sized 1,000-megawatt commercial nuclear reactor is enough to power 600,000 to 1 million American homes (the lower figure is for warmer regions with larger air conditioning demand). According to the Nuclear Energy Institute, a reactor of this size needs just one square mile to operate.

For example, there are 775,000 homes in Idaho. With nuclear energy, one square mile of land use would power every home in the state. Doing that job with wind turbines would eat 123 square miles—a plot of land 1.5 times bigger than Boise, Idaho’s largest city.

Despite local opposition, that giant scar on the planet and more are exactly what is being attempted. Wind energy corporations targeting southern Idaho, with an assist from the Biden administration’s “renewable energy permitting goals,” are trying to build two huge wind projects, totaling 128,000 acres (200 square miles). And this in addition to 500 wind turbines already spinning in the state.

Idaho’s marvelous landscape is decidedly not “renewable,” and neither are the slow-to-reproduce bald eagles and other wild raptors that fly above it.

Robert Bryce, an energy journalist, has written extensively about the massacre of eagles, bats, and other airborne predators by wind turbines. In an April 2022 Newsweek commentary, he recounted the story of a Big Wind corporation racking up 150 known bald and golden eagle kills in eight states over the previous decade.

He noted this was just small piece of the raptor carnage because it “only counts the bird carcasses that have been found and determined to have been killed by turbines.” There were “tens of thousands of turbines operated by other companies,” and many of the kills are never counted because the birds are “carried away by scavengers.”

Bryce laid a lot of the blame on federal politicians for approving the wind production tax credit, which “was supposed to be a temporary subsidy, has been extended 13 times and is now the single most-expensive energy-related provision in the tax code.”

In early August, Congress approved the absurdly named Inflation Reduction Act (H.R. 5376), with a price tag $737 billion, that saved wind welfare from a previously planned extinction and extended it indefinitely.

The Ellen MacArthur Foundation and its membership may promote their “circular economy” as the path to “regenerate natural systems.” But their promotion of wind energy puts them solidly on the side of a uniquely horrible “extractive, throwaway economic model.”