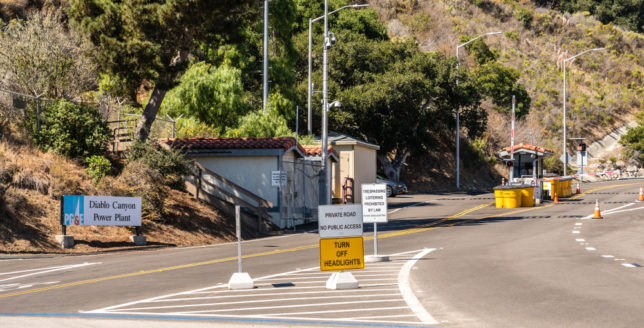 Depending on your appetite for cynicism, greenwashing is either the mortal enemy or the duplicitous ally of the environmental, social, and corporate governance (ESG) movement. ESG was created by activists aiming to force corporations to adopt and invest in their left-leaning political objectives. The crusade has won a disturbing number of converts in corporate America, notably the gigantic investment firm Blackrock.

The Greenwashing Chronicles examines the woke corporations seeking ESG greenwashing, the advocacy nonprofits bathing them, and some of the reformers seeking to end the hypocrisy. Today’s feature is Ceres Inc.

In 1989, decades before the abbreviation “ESG” was in common media usage, the nonprofit Ceres Inc. was founded to promote left-leaning climate and economic governance at major investment firms and corporations.

In its tax filing covering the year prior to October 31, 2020, Ceres reported receiving $3.1 million in membership dues and $1.3 million in conference fees and sponsorships. The dues-paying membership includes the  Ceres Company Network and the Ceres Investor Network. The Ceres board of directors is controlled by representatives from the member networks.

But despite the avowed commitment to conservation and carbon reduction, the Ceres networks and their donors are responsible for advising big investments in land-gobbling wind and solar energy. A 2021 analysis by Bloomberg News found that producing energy from weather-dependent wind turbines required 370 times more land than producing energy using a natural gas power station, and 123 times more land than using a zero-carbon nuclear energy plant.

Despite the tiny environmental footprint of nuclear power compared to wind energy, Ceres has repeatedly criticized what is—by a big margin— the nation’s largest source of carbon-free electricity. In 2016 Ceres issued a news release praising Pacific Gas & Electric (a Ceres member) for its plan to shut down the Diablo Canyon nuclear power station in California and “replace the plant’s output with a combination of zero-carbon resources, including energy efficiency, renewable energy and energy storage.”

Nothing of the sort was possible. By August 2022, facing the prospect of power outages and spiking carbon emissions without Diablo Canyon in service, California Gov. Gavin Newsom (D) had cooked up a plan to keep it running.

These big “replace the nuclear with renewables” promises have reliably come off as well as the Detroit Lions planning to win a Super Bowl.  Until a couple of years ago, the Indian Point nuclear plant provided 25 percent of New York City’s electricity. The Natural Resources Defense Council—which apparently doesn’t consider the earth and airspace above it as “resources”—cheered the premature closure of Indian Point in April 2021: “Indian Point Is Closing, but Clean Energy Is Here to Stay.”

How will that work? Replacing Indian Point with wind generation would devour an estimated 500 square miles, versus the less than the half square mile the nuclear plant needed. Not surprisingly, the New York Times reported that for the foreseeable future most of the lost electricity will be replaced by carbon-emitting power sources.

Local affiliates of Ceres members, such as the AFSCME and SEIU labor unions, supported the closure of Indian Point.

Promoting wind and solar in place of carbon-free nuclear power is the opposite of conservation. Ceres and the firms in its membership are collectively engaged in making unsubstantiated claims that “deceive consumers into believing that a company’s products are environmentally friendly.” They may call it “renewable energy” but it’s really greenwashing.