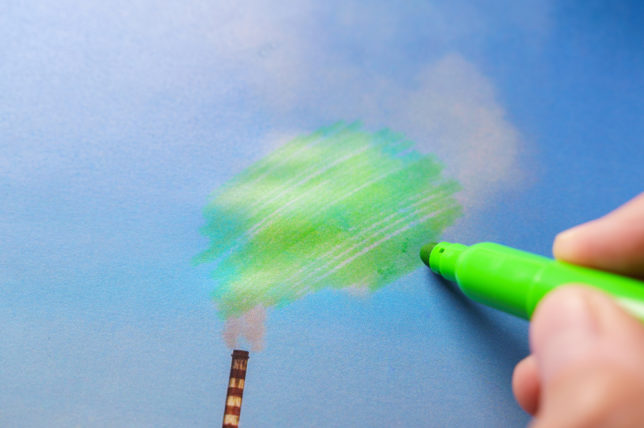 In June 2022 President Joe Biden accused Exxon specifically of profiteering from high gasoline prices, charging that the firm had “made more money than God this year.” Apparently unaware that Exxon was supposed to be investing more in renewable energy, Biden accused the firm of investing too little in oil production: “Exxon start investing and start paying your taxes . . .”

In its response to Biden a few days later, Exxon boasted that it had “been investing more than any other company to develop U.S. oil and gas supplies” and that this included “investments in the U.S. of more than $50 billion over the past five years, resulting in an almost 50% increase in our U.S. production of oil during this period.” The statement concluded by placing the onus on Biden to remove impediments to oil production:

Longer term, government can promote investment through clear and consistent policy that supports U.S. resource development, such as regular and predictable lease sales, as well as streamlined regulatory approval and support for infrastructure such as pipelines.

The Exxon news release was not headlined “Drill, Baby, Drill,” but that enthusiasm was in the message. None of the carbon, climate, or other concerns worried over by BlackRock and the others in the Exxon-Mobil proxy war just one year earlier were referenced in the statement.

Another indicator of BlackRock’s commitment (or lack thereof) to using ESG to transform the energy sector is its “Company Scorecard” from Ceres. Benchmarked against a “universe average,” presumably the other dues paying members of the Ceres networks, the lefty nonprofit gave BlackRock below-average grades for categories relating to its sustainability reports and renewable energy progress. BlackRock also received a merely average grade progress toward reducing greenhouse gas emissions.

But the report card didn’t portray BlackRock as weak on all ESG points. Fink’s firm received above average or exceptional scores for categories titled “Management Accountability,” “Executive Compensation,” “Investor Engagement,” “Human Rights Policies,” and “Policies & Codes.” Those last two were praising the firm for its friendly policies toward organized labor.

If there was greenwashing going on at BlackRock, it seemed to be focused on the energy sector alone.

More fuel for that theory arrived on July 26, 2022, in a Reuters report that led off with this:

BlackRock Inc, the world’s No.1 asset manager, reported on Tuesday a sharp drop in its support for environmental and social-related shareholder resolutions, saying many were too prescriptive, while its backing for directors and executive pay held steady.

BlackRock had warned in May it would back fewer shareholder resolutions because many were too constraining, requiring banks, for example, to stop funding energy companies, or directing their climate lobbying activities.

Context is important. Just five days earlier this was big news: “BlackRock lost $1.7 trillion of its clients’ money since the beginning of the year—the largest sum ever lost by a single firm over a six-month period.”

As all that was going on, Wall Street was still digesting proposed ESG-related rules the Securities and Exchange Commission (SEC) had announced in May 2022:

[T]hese two proposed rules are intended to combat “greenwashing.”  The practice of “greenwashing” refers to when firms or companies claim they are abiding by ESG principles, especially environmental, when in fact they do not so comply. Here, the newly proposed rules provide that only funds with an ESG purpose would be permitted to label themselves accordingly, and a new set of mandatory disclosures for ESG-focused funds would enable outside parties to confirm whether such a purportedly ESG-focused fund is in compliance with its stated investment purpose. [emphasis added]

BlackRock responded to the SEC proposal in mid-August, one month after announcing it had lost more money over a six-month stretch than anyone in the history of money.

Indeed. If nothing else about greenwashing is clear, it’s at least understandable how investors at BlackRock and elsewhere might be easily confused.