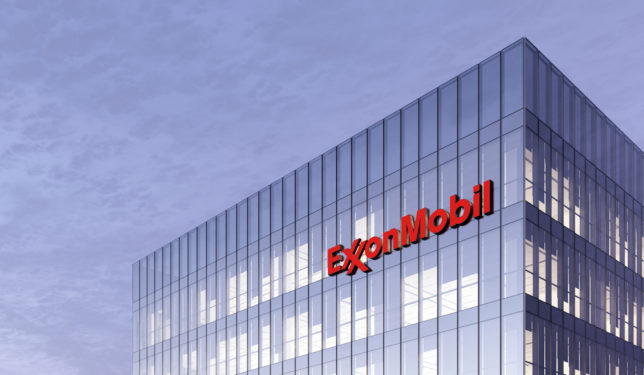 How serious is BlackRock about pushing ESG energy and climate radicalism onto the corporations it invests in? Is it involved in ESG policy or mere posturing?

BlackRock chairman Larry Fink has defended these ownership positions in carbon-fuel firms. Speaking at an MIT conference last summer he said: “Keep in mind, if a foundation or an insurance company or a pension fund says, ‘I’m not going to own any hydrocarbons,’ well, somebody else is, so you’re not changing the world.” Instead, Fink argued that by continuing to hold big stakes in such firms, shareholders could “have a loud voice with companies to move forward” toward decarbonizing.

As he said this, BlackRock had just used that “loud voice” to help stage a minor leadership coup at Exxon-Mobil.

In May 2021, Engine No. 1, a tiny hedge fund few had then heard of, won three seats on the 12-member board of Exxon. These new board members arrived with a mandate from Engine No. 1 to push Exxon into a “more significant investment in clean energy” and to treat carbon emissions as “a fundamental threat to long-term shareholder value.” The largely successful proxy battle (Engine No. 1 had initially set out to win four board seats) was opposed by the management of Exxon-Mobil.

When Engine No. 1 began its quest to impose anti-carbon ESG energy investments onto the obviously carbon-intensive petroleum company, the hedge fund held just a tiny 0.02 percent stake in the $250 billion energy firm. According to a Reuters report, winning over BlackRock was central to the little hedge fund’s plot for an ESG boarding action against the carbon energy boardroom.

BlackRock had already signaled its willingness to engage one year earlier. At ExxonMobil’s May 2020 annual meeting BlackRock voted against two management-supported board members. Among the official reasons given, BlackRock cited “insufficient progress” regarding Exxon’s adherence to the ESG reporting requirements of the Sustainability Accounting Standards Board.

In May 2021, BlackRock agreed to support three of Engine No. 1’s four board choices. After losing BlackRock, Exxon-Mobil management scrambled to hold the support of the Vanguard Group and State Street Global Advisors. A Reuters report noted: “BlackRock has been more willing than Vanguard and State Street to back dissident investors, analysts have said.” Put together, the three largest asset management firms controlled 20 percent of Exxon-Mobil ownership shares.

Exxon management failed to hold off the ESG alliance. Vanguard and State Street decided to vote with mighty BlackRock, giving the critical lift to Engine No. 1’s slate.

The Exxon proxy battle was just one example of BlackRock’s activism. BlackRock’s proxy vote report for the year preceding June 2021 made this boast:

In the 2020–21 proxy year, BIS [BlackRock Investment Stewardship] voted against 255 directors and against 319 companies for climate-related concerns that could negatively affect long-term shareholder value. For example, we voted against the Board Chair—as the director most responsible for oversight of the company’s strategy—at a utility because we believed that the company could better articulate to its shareholders how its long-term value proposition would be impacted by the anticipated decline in demand for coal-based energy.

BlackRock promotes ESG politics as good for investors. And Exxon-Mobil stock did shoot up 60 percent in the 12 months immediately after the May 2021 victory of the three ESG-obsessed board members.

But what this isolated case means about ESG investing and BlackRock is the opposite of what it may appear. The big run up in Exxon value did not coincide with a hasty decision by the energy firm to repent its carbon sins, sell its oil positions, and quickly plow all that capital into wind turbines, electric vehicles, and solar panels.

To the contrary, the sharp rise in paper wealth for Exxon shareholders coincided perfectly with an identical rise in oil prices over the same period. Similarly, Chevron shares also increased 60 percent.

Exxon grew fat again because it was still acting like an oil company.

In the next installment, Ceres’s “Company Scorecard” greenwashes BlackRock.