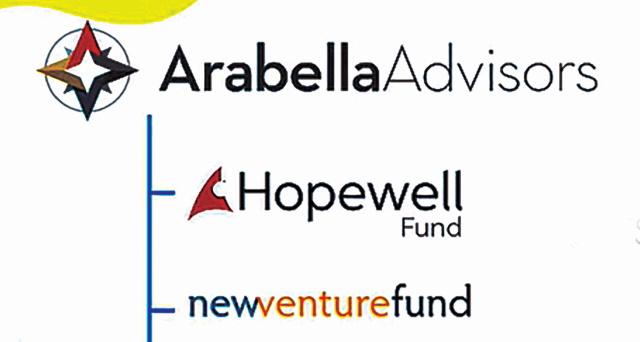 A Web of “Pop-Up” Groups

Enter Arabella Advisors, a consulting firm based in Washington, DC, that quietly runs arguably the most powerful activist and lobbying network in politics. Arabella manages four in-house nonprofits collectively called the “sisters,” each of which controls a small army of activists and a legion of “pop-up” groups. And each pop-up group is made to look like a slick, stand-alone website. These pop-ups target virtually every issue in politics—control of the courts, abortion access, gun control, and voter registration and mobilization, even the Trump-Russia collusion hoax—pushing left-wing policies in every corner. What makes Arabella so powerful is how these “pop-ups” deceive individuals into believing they represent genuine local grassroots interests, such as one pop-up in Alaska created to oppose creation of the Pebble Mine run from Arabella’s plush offices in DC.

Arabella’s network is extraordinarily well-funded. In 2019 alone, the four “sisters” reported total revenues exceeding $730 million and poured out $648 million. Between the network’s creation in 2006 and its Form 990 filing for 2019 (the latest available), Arabella’s empire has received more than $3 billion and spent nearly $2.5 billion. Most of that funding was directed to the network’s flagship 501(c)(3) nonprofit, the New Venture Fund, whose largest known donors include the Gates, Ford, Hewlett, Packard, and Buffett Foundations.

According to their websites, WVP and WVPA were created in 2013 in Helena, Montana, to expose corrupt corporate lobbyists preying on public lands in the West. In reality, WVP is run by the 501(c)(3) New Venture Fund while WVPA is run by the 501(c)(4) Sixteen Thirty Fund, Arabella’s in-house lobbying shop. Whatever staff the groups actually have would have been paid by one of Arabella’s nonprofits or possibly by Arabella Advisors itself; we’ll likely never know. But in its 2018 Form 990, New Venture Fund revealed that it is the “paymaster” for Sixteen Thirty Fund (which reported zero employees on its own 2018 Form 990) and “pays the salary and immediately invoices Sixteen Thirty Fund, which reimburses the full amount.”

It’s common for groups to use both kinds of nonprofit to maximize their ability to lobby through the 501(c)(4) and raise non-lobbying funds through the 501(c)(3), since donors may deduct donations to the 501(c)(3) from their taxes. But Arabella takes that tactic to another level, using pop-up fronts for its nonprofits that can take advantage of the New Venture and Sixteen Thirty Fund’s respective tax advantages without disclosing their relationship to one another. Donations to WVP and WVPA in fact benefitted the Arabella-run nonprofits behind the projects, as an archived version of WVP’s website from October 2019 reveals.

Until late 2019 the website for WVP and WVPA revealed a handful of staffers, including Chris Saeger, ex-communications director for the Montana Democratic Party and former Service Employees International Union (SEIU) staffer; Jayson O’Neill, a Democratic staffer for Montana’s legislature and Gov. Brian Schweitzer (D); and Yetta Stein, a staffer for the left-wing political action committee End Citizens United and staffer for the 2018 reelection campaign Sen. Jon Tester (D-MT). The archived website also showed a small advisory board consisting of:

WVP’s advisory board also included Caroline Ciccone, who in 2019 was executive director of the New Venture Fund pop-up and anti-Trump “oversight” group Restore Public Trust. Ciccone is a former communications director for the Democratic National Committee (DNC), Obama appointee to the U.S. Small Business Administration, and Democratic strategist. From 2014 to 2017 she led Americans United for Change (AUFC), a top left-wing strategy group whose national field director Scott Foval was recorded in late 2016 by undercover journalists from Project Veritas bragging that AUFC had paid mentally ill and homeless people to instigate violence at Trump campaign rallies. “We know that Trump’s people will [tend to] freak the f— out,” Foval said in the video. “It is not hard to get some of these assholes to ‘pop off.’” The scandal ultimately led back to Robert Creamer, co-founder of the powerful consulting firm Democracy Partners and a former general consultant to AUFC who directed parts of a vast network of advocacy groups all aligned in support of Hillary Clinton’s presidential bid. This led to speculation that his firm helped Clinton’s campaign violate collusion laws. Foval described Creamer’s role in the scandal as the “kingpin” who is “diabolical, and I love him for it.” Within days of the video’s release Creamer resigned, and Foval was fired.

In early 2020 it was announced that Western Values Project and these three Arabella “pop-ups” were being rolled into a new organization: Accountable.US, itself a former New Venture Fund project fully established as an independent nonprofit sometime later that year, headed by president Kyle Herrig and executive director Caroline Ciccone. (It appears that Western Values Project Action remains a project of Sixteen Thirty Fund, but that remains unclear as of writing.)

This reveals that Western Values Project, far from being a grassroots group, is enmeshed in a deeply networked, highly coordinated cabal of professional activists—and it always was.

In the next installment, break down the Arabella campaign against the Interior Department and Interior Secretary Ryan Zinke.