Arabella’s Long War: “Keep It in the Ground” 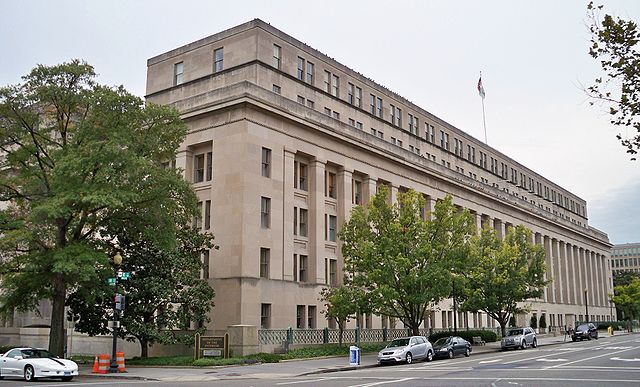 Summary: For years “dark money” activists ran a coordinated campaign to sabotage and undermine the Trump administration from the offices of Arabella Advisors in Washington, DC. The campaign culminated in the most extreme environmentalist regime in American history under President Joseph Biden. This report goes inside that campaign to destroy Trump’s Department of the Interior and promote the Left’s war on affordable energy.

In 2019, the Capital Research Center’s groundbreaking report on Arabella Advisors exposed the half-billion-dollar network for the first time, dragging Arabella into the limelight as the posterchild of the Left’s “dark money.” Since then we’ve continued to uncover this now $730 million activist empire, tracing its shadowy campaigns on everything from abortion on demand to packing the Supreme Court to its war on the Trump administration.

This report on the Arabella network examines the professional Left’s years-long campaign to undermine President Donald Trump’s Department of the Interior, laying the groundwork for the Biden administration’s crusade against oil and the most radical environmentalist policies in American history.

“Keep It in the Ground”

The U.S. Department of the Interior is primarily responsible for managing roughly 450 million acres of federal land and conservation of their natural resources, most critically the nation’s vast reserves of oil and natural gas. It manages hundreds of dams and reservoirs, regulates drilling on public lands, runs the National Park Service, and maintains public monuments, including dozens attacked by radical Black Lives Matter activists in 2020.

“The natural place to start phasing out supply is on our public lands and oceans where a ban on new leasing will keep up to 450 billion tons of carbon pollution in the ground,” Center for Biological Diversity director Kieran Suckling said in 2015. Bill McKibben, founder of the ultra-leftist 350.org, has also stated that “public lands are one of the easiest places for us to control the flow of carbon into the atmosphere.”

Unsurprisingly, that’s been the policy of Democratic presidents and their activist allies for years. President Barack Obama canceled lease sales in the Artic and Atlantic offshore sites and banned the leasing of coal on federal lands. Phasing down “extraction of fossil fuels from our public lands” was in the Democratic Party’s 2016 platform. That same year a 350.org activist asked Democratic presidential nominee Hillary Clinton what she meant by “extraction on public lands is a done deal?” Clinton replied, “That’s where [President Obama] is moving: No future extraction. I agree with that.” Her running mate, Virginia Sen. Tim Kaine, later assured another 350.org activist that “I actually am now in that position.”

But even “phasing down” is too conservative for today’s “keep it in the ground” Left. No less than 20 Democratic presidential hopefuls vowed to ban drilling on public lands outright during their party’s 2020 primary. Ever the pawn of the radical Left, on January 27, 2021—exactly one week after his inauguration—President Biden indefinitely suspended development of new oil and gas wells on public lands, which the left-leaning San Francisco Chronicle cheered as “a first step to halting the granting of federal drilling leases permanently.”

Why does this matter? Federal lands account for roughly 24 percent of America’s oil, natural gas, and coal production. In 2019, total crude oil production reached an all-time high of 4.471 billion barrels, with a significant chunk of that growth coming from oil drilled on federal lands. Biden’s ban blocks future development of these key resources, removing them from the supply stream and hampering the energy independence the United States struggled to achieve in recent years. This means higher gasoline and household electricity prices, an estimated $11.3 billion in lost federal royalties and rental fees, and the destruction of hundreds of thousands of jobs across the economy.

With a single executive order, the Left could advance its crusade to “keep it in the ground” for years in the name of global warming. The stakes couldn’t be higher—all that stood in its way was the Trump administration.

In the next installment, watch Arabella Advisors target the Interior Department with two “pop-up” groups.