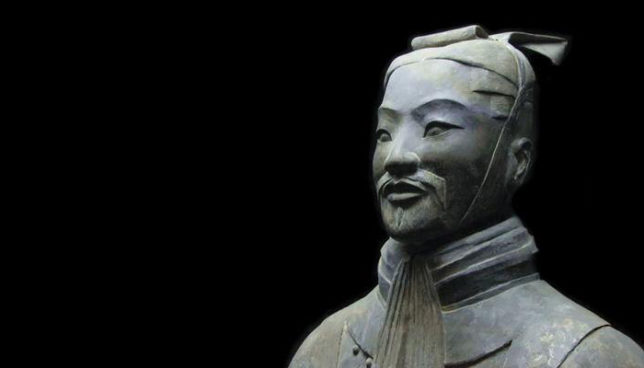 "If you know yourself but not the enemy, for every victory gained you will also suffer a defeat." —Sun Tzu, in "Art of War"
by Michael Watson

U.S. Rep. Jim Banks (R-IN) and Sen. Marco Rubio (R-FL) have ideas to change the relationship between American workers and their employers. They will be familiar to readers who have followed the saga of the progressive-philanthropy-funded American Compass think tank: employee involvement organizations (EIOs) that resemble European-style works councils and worker representatives on the boards of directors of large companies (another European import). Unsurprisingly, American Compass head Oren Cass endorsed the proposals in an op-ed in the Financial Times, a metropolitan center-left British newspaper.

Rep. Banks and Sen. Rubio assert their bill, S.3585, would serve “plenty of workers who want to discuss working conditions with their employers in an organized fashion but don’t want to unionize” and that the structures it would create would be strictly voluntary. To assume those structures would remain voluntary is an error of great consequence, as the likeliest outcome of adopting the so-called TEAM Act would be to expand the power of the socially “woke” progressive labor movement.

What Is a Works Council, Anyway?

At the 35,000-foot level, a works council is a collective forum that petitions the employer on improving working conditions, receives communications of proposed changes to working procedures, and engages in formalized labor-management dispute resolution. Typically, the works councils are not empowered to call strikes or other industrial actions but are granted some power to bargain with the employer on behalf of the workers at their given work sites.

Germany may have the best-known works council system, established under its Works Constitution Act. Any workforce with more than five qualified employees has the authority to elect a works council. The council’s size is fixed by law and increases as the company’s workforce grows, with elected delegates given special protections against firing or layoff. The council’s structure is established by the Works Constitution Act, as are its powers to negotiate certain employment practices through works agreements, its duties to carry out employment and anti-discrimination laws, and its rights to co-determination over certain employment choices, under which the council and employer must negotiate and agree before action is taken.

Two things German works councils cannot do are negotiate remuneration (wages and salaries) and strike. Those powers are left to trade unions (in German, Gewerkschaften). In Germany, as elsewhere in Europe, works councils operate alongside a largely left-progressive-socialist trade union movement.

How “alongside” varies by country. Germany permits independent non-union slates to contest works council elections, but France bars them from the first round of voting, meaning the first round is contested only among slates sponsored by the various trade unions. And while non-union slates can run, in practice German works councils are strongly influenced by labor unions, which are granted representative and consultative powers within works councils under the Works Constitution Act.

Even from that 35,000-foot view of how works councils operate where they are used, one can see that far from creating the alternative to worker representation, a works-council scheme actually invites Big Labor into workplaces—contrary to Rep. Banks’s and Sen. Rubio’s stated objective. How deeply the institutional labor unions could burrow into workplaces using a works council scheme depends on critical details. The more French the system looks, the more the scheme empowers Big Labor, and as I must repeatedly and consistently warn, organized labor is an adversary of all factions of the political right.

In his Financial Times op-ed promoting the Banks-Rubio legislation, Cass compared the Banks-Rubio proposal to both European-style works councils and a 1995 bill (also called the TEAM Act) that would have legalized joint employer-employee committees to discuss “matters of mutual interest” currently barred by provisions of the National Labor Relations Act. As strictly consultative institutions established by mutual consent, these employer-employee committees would not contain the standing invitations to institutional organized labor that Europe’s works councils do.

Since organized labor was not given inroads to new dues-payers, Big Labor rallied to kill the 1995 bill, seeing it as a threat to exclusive monopoly union representation. President Bill Clinton dutifully vetoed it.

Salts of the Earth

But Cass, Banks, and Rubio are not happy simply to bring back the old proposal and put it for discussion. They have added a giant sweetener for Big Labor to the mix: a nonvoting employee representative on boards of large companies that adopt an EIO. Henry Olsen, a Washington Post columnist, is upfront about what even a nonvoting director would achieve:

Groups formed in larger businesses gain an additional advantage for their workers: a seat on the corporation’s board of directors. Although that worker-director would be nonvoting, the company would have to share with them all information provided to voting directors. Knowledge is power, and access to it would likely improve workers’ leverage within the corporate structure.

Olsen predicts Big Labor will treat the new bill like the 1995 bill and reject it. But if I were AFL-CIO head (and cancel-culture advocate) Liz Shuler, I would take Banks and Rubio’s gift horse and run with it for precisely the reason Olsen outlines, even if EIOs look more like the 1995 American bill than Germany’s Works Constitution. A potential directorship and the prospect of formal involvement in employer-employee disputes would make union “salting”—the practice of securing employment for union activists for the purposes of organizing—vastly more profitable, as union activists would likely have institutional backing to win election to the EIO in advance of formal organizing. Instead of Banks’s and Rubio’s hoped-for alternative to the traditional labor unions—which American workers have largely rejected—the proposal risks easing their organization.

A Question of Knowledge

In his famous “know your enemy” maxim, the Chinese military leader concluded, “not knowing the other, not knowing the self, every battle must be lost.” The Banks-Rubio proposal, while a noble effort to integrate the concerns of working Americans into Republican policymaking, is an example of this.

There is a massive information and experience asymmetry between right-of-center workers’ advocates like Banks and Rubio and Shuler’s $149 million-per-annum behemoth. Access to the knowledge Olsen touts would give Shuler’s activists crucial intelligence. And as the European experience shows, union activism is easily channeled through works councils. Combine empowered union salts with America’s longstanding practice of exclusive monopoly representation, and Banks and Rubio’s hopes for collective worker representation outside labor unions aligned with their political adversaries will be rudely dashed.

For his part, Sen. Rubio has in the past made the error of seeing the very woke labor movement as the potential protector of non-woke employees from very woke human resources fads, despite substantial evidence to the contrary. In their proposal Rubio and Banks have also made the error of failing to see past the first move of the game between employers, workers, and the existing labor union institutions. They have failed to foresee the predictable countermoves by labor unions to co-opt any form of non-union worker representation.

If they do not wish to enact the desires of the liberal-to-progressive funders of American Compass to replace market capitalism, Banks and Rubio need to head back the strategy room.