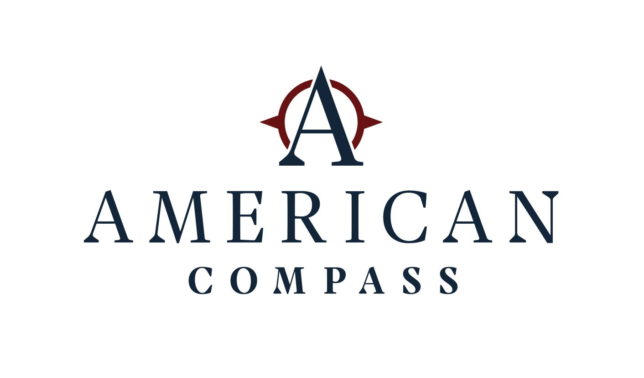 We have noted with concern a vocal faction of “labor conservatives” who form a “redistributionist right.” They are bent on importing social-democratic European labor relations models into the American economy and strengthening organized labor despite its continuing position as an institutional pillar of the American Left. They have a powerful ally in Sen. Marco Rubio (R-FL), who responded to the “woke capital” approaches of Amazon’s leadership by supporting the unionization campaign against the company.

To call the plan of Sen. Rubio and organizations such as right-leaning think tank American Compass “half-baked” is charitable. (American Compass argues for a domestic industrial policy and strengthening organized labor.) Combatting cultural wokeness by channeling money to the multi-billion-dollar organized labor movement that provides the shock troops of wokeness seems inadvisable.

Frankly, American Compass executive director Oren Cass and Sen. Rubio are smarter than this. That leads us—and others—to wonder who is funding American Compass and the labor-conservative faction. We have least two partial answers: the William and Flora Hewlett Foundation and the Omidyar Network, two major left-wing institutional funders.

More concerning, the Chronicle of Philanthropy reports that the funding is part of a broad, multi-issue campaign to undermine free-market capitalism, not as part of broader outreach to the right of center or as part of a single-issue campaign.

The goal is to identify a successor to neoliberalism, the market-based economic theory that has guided academic and policy debate for several decades. The neoliberal approach suggests that people are guided by their own self-interest, that the role of government is largely to clear the way for competition in the market, and that the success of a single enterprise, or an entire nation, is determined by the generation of wealth.

Since it was developed by economists including Friedrich Hayek and Milton Friedman—and supported by grants to scholars and think tanks by a succession of conservative philanthropists such as Charles Koch and grant makers such as the John M. Olin, William E. Simon, Bradley, and Scaife foundations—neoliberalism has grown from a narrow reaction to the growth of the central government in the 1970s to a set of central beliefs embraced by people of all political persuasions.

As for the Omidyar Network funding, it appears to be part of a “reimagining capitalism” project. And lest one hope that the “reimaging” the network has in mind is something other than dinosaur socialism, the list of non–American Compass grantees is not encouraging: labor-union front groups like Working Washington, New York Communities for Change, and Los Angeles Alliance for a New Economy; left-wing think tanks like Demos, Center for American Progress, and Public Citizen Foundation; and left-wing racial-policy and immigration-expansion groups like Action Center on Race and the Economy Institute, Make the Road Action, and Center for Popular Democracy.

Now, taking funds from sources “across the aisle” does not itself disqualify American Compass from a legitimate position on the right of center. But the (reported) form of the support is particularly concerning. Cross-ideological funding arrangements tend to follow one of three forms:

A classic example of the first class of cross-ideological funding would be the Bradley Foundation’s support for community groups and scholars, both left leaning and non-aligned, that supported the creation of Milwaukee’s successful school choice programs. Other examples include liberals backing efforts of groups like Americans for Tax Reform to reduce criminal sentences and advance other criminal justice reforms in Republican-leaning Southern states. Perhaps the most successful example comes from geopolitics, when the CIA backed convenings of Europe’s democratic scholars of the Left and supported non-Communist social-democratic labor unions with help from the AFL-CIO to resist authoritarian Communism. (It was a long time ago and a very different labor union movement.)

The second category—support for frank and mutual exchanges of views—is rarer than the first and third. A possible example, on which philanthropic scholar William Schambra has written, is the support conservative foundations gave to the dissident liberals like Irving Kristol, Ben Wattenberg, and Michael Novak who would form the core of the (original) neoconservative tendency. A likely too-charitable interpretation of Pierre Omidyar’s philanthropic network funding Irving’s son’s enterprises could see it as an attempt to will an intellectual “neo-neoliberalism” into being.

The Hewlett Foundation’s own Madison Initiative may aspire to such a position and to such ends has funded the influential conservative legal think tank Federalist Society on matters related to restoring the strength of Congress. Although the foundation’s extensive support to groups like Stand Up Republic and Kristol’s son’s Defending Democracy Together—entities created in opposition to the Trump administration that often parrot Democratic and liberal talking points—suggests it may also practice the third class.

The third class of cross-ideological grantees, of course, consists of rent-a-spokespeople, useful idiots, and others seeking to curry favor as “one of the good conservatives.” The most obvious examples of these are groups like Stand Up Republic that exist to oppose an incumbent Republican administration, which pop up to great MSNBC fanfare whenever a Republican administration is in office and last in the public eye for as long as they are useful stooges for the Democratic Party. Defending Democracy Together, the publisher of the Bulwark, a liberal media outlet staffed by nominally former conservatives, is heavily funded by Omidyar-associated philanthropies.

Drawing the lines between the classes is difficult. Even within the class of “eco-Right” groups funded by liberal Big Philanthropy, groups behave differently. While some like the Niskanen Center operate more like the liberals-in-conservative-clothing third class, parroting liberal talking points, other groups like the R Street Institute just align on single policy issues, resembling the first class.

There is a fine distinction between providing a frank and mutual exchange of views and turning into a liberal-Left talking points factory. That is what is so concerning about American Compass’s involvement in a broader Hewlett Foundation campaign to “identify a successor to . . . the market-based economic theory that has guided academic and policy debate for several decades” and its appearance as the apparently token “right-leaning” entity in Pierre Omidyar’s campaign to reimagine capitalism.

American Compass’s funding shows clearly that it risks becoming an incubator for a “neo-socialism” or “neo-statism” firmly on the Left. Perhaps it will not be so, but it bears watching with high scrutiny.