Wrong Dressing, Right Salad: The Battle for the Brand 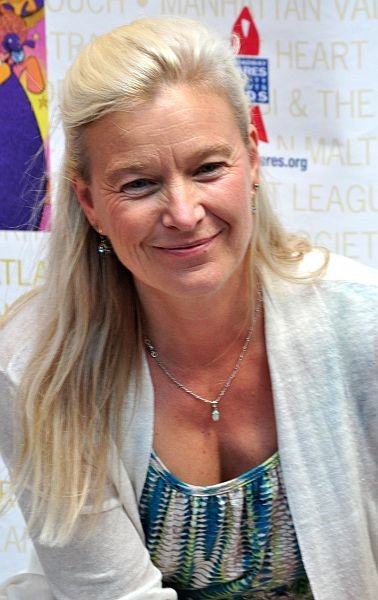 Summary: Newman’s Own Foundation, founded by legendary actor Paul Newman, is funded by profits from his highly successful Newman’s Own line of food products. But the decisions of the current leadership—including ending a licensing agreement with Nell Newman’s organic product division—have left his heirs frustrated.

Paul Newman’s fame endures for the moment: Because of it, first-born daughter Susan Kendall Newman was able to garner substantial publicity for her concerns about the Newman’s Own Foundation. Someone unrelated to a famous actor seeking press attention would have had to, for example, file an outrageous lawsuit or get arrested in a violent street protest for the kind of exposure she got for being a Newman. Kendall Newman simply went on the record with her complaints in an interview conducted by journalist Mark Seal. Following this interview, Seal’s 6,000-word article appeared in the print edition of Vanity Fair in July 2015 with a sufficiently dramatic headline: “Inside the Family Battle for the Newman’s Own Brand Name.”

As the old saying goes: “You can’t buy this kind of publicity.”

Seal’s piece details both Kendall Newman’s charges and the foundation’s response to each, giving both sides a chance to speak their piece.

And of course, Kendall Newman did not feel the need to censor her remarks:

Whether my family will go public [with our complaints] or not, there isn’t a single living Newman who respects or has faith in Robert Forrester and his management of my father’s food company, Newman’s Own Foundation, or the continuation and protection of his legacy…

Some family members may be angry at me for speaking out.… But I feel like the Newman family has been taken hostage by Bob Forrester. I think Mr. Forrester has forgotten that it is a privilege and enormous responsibility for him to preside over my father’s legacy and carry out his wishes. He seems to be more interested in self-aggrandizement and lavish trappings. My father would never support many of the things he is doing…. I will not be muzzled any longer…

My dad was a brilliant guy with many diverse talents, but he didn’t trust people.… Sadly, it is my belief that he had a propensity for trusting the wrong people. I am terribly concerned about my father’s legacy.… Frankly, I feel, there are just too many questions about my father’s health at the time he was making extremely important decisions.… We weren’t the only ones affected. Loyal household staff, longtime employees, and some loved ones had their trusts deferred, or were written out entirely.

As Paul’s eldest daughter, I feel a responsibility, call it a duty, to fulfill his wishes and safeguard his legacy.… There are too many glaring examples of Mr. Forrester’s decisions being out of sync with the beauty and integrity that is essential to my father’s philanthropic legacy. That has got to change.

First, for some of Newman’s children, questions linger as to whether the disposition of his assets and the management of the Newman’s Own Foundation truly reflects Paul Newman’s intentions—at least as they claim to understand them through interactions with their father prior to his death.

But as the article makes clear, these questions do not hinge on allegations of shady or self-serving actions by foundation staff or by the late actor’s attorneys or financial advisors. (There are intriguing claims about a missing codicil to Newman’s will—as in any well-scripted family drama—but these come across in the article as vague and unsubstantiated.)

Rather, the questions are prompted by what appears to be a pattern: Newman changed the terms of his will several times, including during a period at the very end of his life when his cancer treatments and advanced age may have impaired his mental faculties.

In support of this claim, Kendall Newman told Vanity Fair that, in a 2006 meeting with Bob Forrester in New York City, she was told that “each [Newman] daughter would inherit a million dollars [upon the actor’s death], which was a sizable increase over what we had been told previously, and my father would set up foundations for each of us.… Mr. Forrester also told me they would be funded with up to $30 million or more per daughter.… Newman’s Own Foundation would have some cursory supervision over them, and the moneys had to be distributed within a finite period of time.” Seal’s article also includes a claim that Newman’s daughters were to serve on the foundation board on a staggered basis.

But when it was read following his death, Newman’s will did not include any of these provisions. Instead, as Seal reports, “Most everything that the daughters felt they had been promised was gone. There was nothing about one or two daughters rotating on the Newman’s Own Foundation board, because, Forrester says, Newman had changed his mind: ‘Paul never thought of Newman’s Own as a family enterprise. For him it was always about the public good. At one time, he was giving some thought to having one daughter on each board serving a time-limited term, but ultimately decided against doing so.’”

The millions that had been discussed as going into their personal foundations—50 percent of Newman’s residual estate—went to Joanne Woodward’s marital trust, and the daughters’ foundations would not be funded until after her death, to ensure that Woodward would be adequately cared for.

Flowing from this line of attack is the following implication: If Paul Newman’s ability to act on his expressed intentions was indeed compromised in his twilight years, how legitimate is the current leadership of the foundation? And is it right for Forrester to continue to serve as head of the foundation and influence its direction?

To his credit, Seal provided Forrester plenty of space to respond to Kendall Newman’s charges. Forrester’s answers to Seal were consistently detailed and firm in asserting that the foundation continues to operate in line with Newman’s intentions. This includes the foundation’s decision in 2011 to stop acting as the main funder of the Scott Newman Center, which shut its doors in 2013. Created in 1980 in memory of Newman’s son who died of an accidental drug overdose, it promoted anti-drug abuse education. Forrester told Seal that Newman himself had been concerned in 2006 about the center’s “viability.”

Another Newman daughter, Nell, is mentioned in Seal’s article. Nell, a successful organic food entrepreneur in her own right, had worked for the company since 1985 helping with the first cookbook, then doing PR for the company. She pioneered a line of organic food products called Newman’s Own Organics (NOO), which started out in 1993 as a division of Newman’s Own and became independent in 2000. According to Nell, in “over 24 years we created 150 different products and raised $50 million in charitable funds for the Newman’s Own Foundation, which Pop allowed us to designate. But the parent company allowed the licensing agreement to use her father’s name and image to expire in 2015 and chose not to renew, despite Nell offering to continue her role for free. “Over the past two years they took over our product line and [at the end of October 2017] closed our west coast office, letting go 20 employees.”

“That’s not what Pop would have wanted,” she says.

(An August 2015 article in Bizwomen, an online publication, goes into more detail about Nell’s work in starting the NOO division as well as the end of her tenure with the company.)

The next installment of “Wrong Dressing, Right Salad” highlights the importance of donors leaving behind clear instructions for their legacy, lest their heirs lead their foundation astray.