The Left’s Taxpayer-Funded Voter Registration Machine: Who Registers and Why? 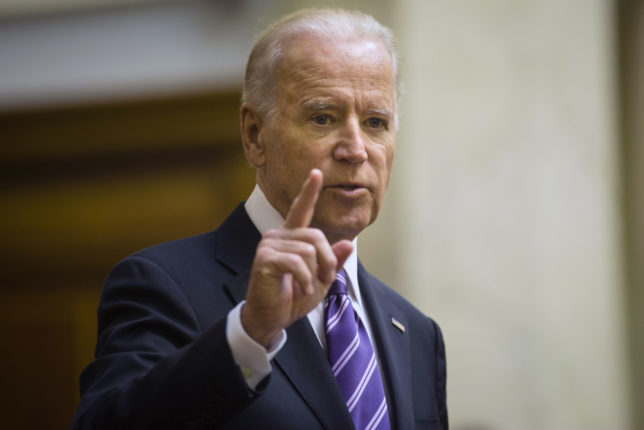 Who Registers and Why?

ERIC’s activities raise serious concerns about who, if anyone, should be registering voters—particularly since the left and the Democratic Party have gone in for government-run voter registration drives.

Last March, President Biden ordered federal agencies to begin distributing registration and vote-by-mail applications “in the course of regular services” and providing “voting access and education” to individuals in federal prisons. It’s the culmination of a yearslong pressure campaign by professional activists led by Demos, the think tank of Sen. Elizabeth Warren (D-MA) and the socialist left, which wants to abolish the Electoral College and grant statehood to Washington, D.C. Make no mistake—taxpayer-funded voter registration is a sea change in the way Americans run elections. In practice, it means receiving a voter registration or mail-in ballot application when seniors file for Social Security benefits, Native Americans seek treatment from Indian Health Services, or students apply for federal college loans.

Few conservatives are aware of the left’s utter fixation on the power of voter registration. I’ve calculated that liberal foundations like Ford and pass-throughs like Tides have pumped $461 million into registration nonprofits over the past decade, largely through 501(c)(3) nonprofits.

Why? It’s an article of faith among leftists that bigger turnout yields Democratic victories. Groups such as America Votes, State Voices, and Stacey Abrams’s Fair Fight Action excel at microtargeting Democratic voters and getting them to the polls—but that only (legally) works if they’re registered. Moreover, there are huge tax benefits to using (c)(3)s to register new voters instead of party committees, as the right has traditionally done. As one secret memo published by the Democratic turnout group Mind the Gap observes:

The most effective tactic in a Presidential year by a wide margin is nonpartisan voter registration focused on underrepresented groups in our electoral process. Provided that such efforts are well-designed and executed, on a pre-tax basis they are 2 to 5 times more cost-effective at netting additional Democratic votes than the tactics that campaigns will invest in (chiefly, broadcast media and digital buys).

Don’t be fooled: These left-wing funders never accidentally fund groups not aligned with their broader get-out-the-vote agenda. Whether it’s a partisan get-out-the-vote group or a “good government” nonprofit, the foundation’s end goal is the same. Yet even with this vast wealth, clever activists know they can’t rely on foundation money forever. Groups like ERIC represent the transition from private- to government-funded registration campaigns, the next stage in the left’s election plans.

But even government registration is imperfect—after all, some potential voters will be missed and others may simply decline to register. The ultimate solution is to automatically register everyone. In effect, “citizen” would become synonymous with “registered voter.” That may sound crazy, but it’s the position of Biden’s Democratic Party, which lists automatic voter registration in its dream elections bill, the For the People Act (H.R. 1). Every election “reform” group supports automatic voter registration for this same reason.

The real question is what conservatives are willing to do about it. They should start by scrutinizing ERIC. They may not like what they find.

This article first appeared in the American Conservative on October 25, 2022.