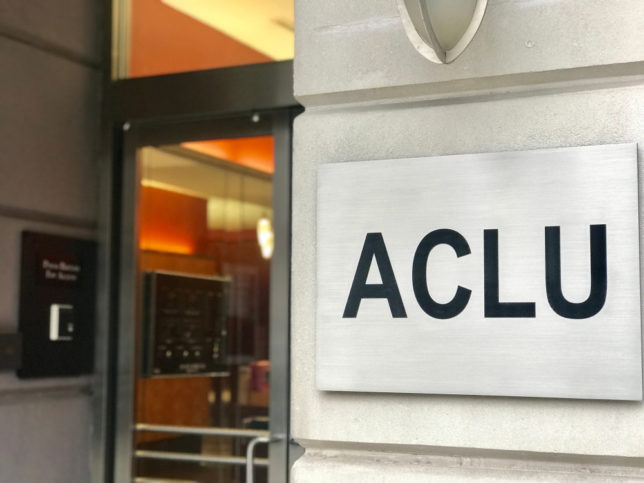 For a nonpartisan, apolitical group, ERIC is beloved of the left.

In Massachusetts, for example, dozens of leftist groups—including the American Civil Liberties Union, Planned Parenthood, Common Cause, and the local SEIU—urged the state to join ERIC last year as part of legislation that would also implement the left’s favorite election “reforms”: automatic and same-day voter registration, restoration of felon voting rights, and permanent vote by mail. Massachusetts joined the compact in June.

One wonders why membership in ERIC would be relevant to this total transformation of the commonwealth’s elections.

The liberal League of Women Voters’ own “reforms” similarly list ERIC membership alongside automatic voter registration. Mainers for Modern Elections (a project of the League of Women Voters) wants ERIC membership as part of its “reforms,” which further list drop boxes for mail-in ballots, ballot curing, and expanded early voting. Its coalition—which is entirely untainted by conservatives—includes Arabella’s Center for Secure and Modern Elections, Common Cause, Planned Parenthood, and Represent.US.

The LGBT-centered Movement Advancement Project (not to be confused with the similarly named Advancement Project mentioned earlier) includes ERIC membership as a criterion in its “democracy tally,” a ratings system for how “democratic” a given state is. Alabama, for instance, ranked as “low” (5.75 out of 32.5 points) in 2021 for its lack of vote-by-mail options, insufficient “representation and participation” among (presumably) non-white and female voters, and failure to join the anti–Electoral College group National Popular Vote.

Then there’s the board, which is largely composed of state elections directors, some of whom have concerning ties to the professional left.

John Lindback, executive director of ERIC from 2014 to 2017, is a former Oregon elections director and former chief of staff for Alaska Lt. Gov. Fran Ulmer (D). He now advises the Center for Secure and Modern Elections, a creature of Arabella Advisors’ $1.7 billion “dark money” network. The center helped CTCL target local elections offices for Zuck bucks in exchange for information on their budgets, voter registration lists, and other official forms, according to ongoing investigation by Louisiana Attorney General Jeff Landry.

Edgardo Cortes, then Virginia’s commissioner of elections under Gov. Terry McAuliffe (D), chaired ERIC’s board. He is now an advisor to the election security team for the left-wing Brennan Center, which supports a massive expansion to vote-by-mail systems. In June, he testified before Congress on the “growing threat [of] disinformation” from conservatives backing the “Big Lie,” citing “activists” aligned with MyPillow founder Mike Lindell and “anti-voter legislation” passed in “many” (read: Republican) states.

Peggy Reeves, then election director for Connecticut, is a Democrat who served in the state legislature from 2009 to 2011. Wayne Thorley is secretary of state for Nevada. In 2020, he oversaw the state’s transition to an all-mail election under legislation passed by the Democratic legislature and governor.

In the next installment, ERIC demonstrates the power of (partisan) voter registration.