The Left’s “Secret Science”: The Mystery of the Rio Grande 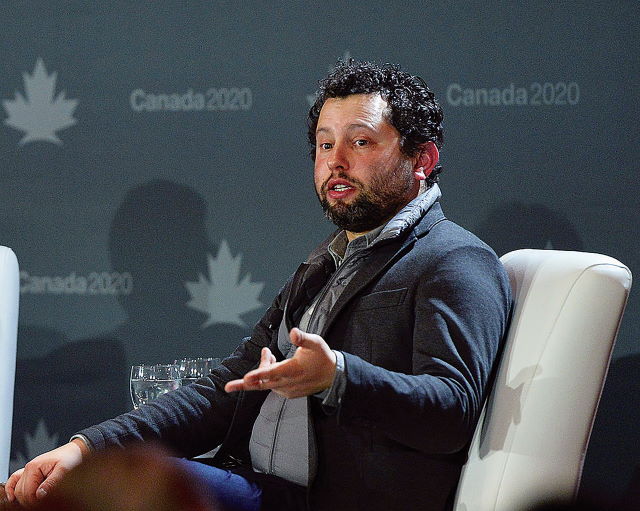 With a resume that includes a fellowship at Harvard’s Kennedy School of Government and political reporter gigs at the Boston Globe and Slate, Sasha Issenberg’s professional pedigree rests comfortably within the traditional media establishment. Credit: Canada 2020. License: https://bit.ly/3deBMOU.
by Ken Braun

The Mystery of the Rio Grande

Even as Victory Lab portrays the advantage that sketchy partisan turnout machines operating as nonpartisan nonprofits might give to the Democratic Left, the book is not a relentless ride into pessimism for right-of-center readers. Instead, it portrays a back-and-forth battle between Republican and Democratic operatives through much of the last century to develop the most cutting-edge technology and research in the usual political (rather than nonprofit) channels.

According to Issenberg, “microtargeting” was not used as a political phrase until 2003. He described it as one of history’s “two most radical innovations in political communication”—the ability to merge individual voter information with the massive troves of individual consumer data and other information that corporations have compiled on each of us. Microtargeting allows campaigns “to confidently address individual voters instead of the broader public.”

It is an exaggeration, but not by much, to say that this political superweapon allows a campaign to send a perfectly targeted direct mail shot specifically to only the left-handed, gun-owning, donors to National Public Radio in a particular congressional district. Right-handed, gun hating vegetarians would get a different mailing (or no mailing at all). And better, even before the mailing investments are made, microtargeting allows for field testing of different messages so as to use the most ideal one for each narrow demographic.

The history of effective microtargeting was portrayed in Victory Lab as something akin to a race by both parties to invent and deploy a political atomic bomb. By 2003, the Republicans were holding Fat Man and Little Boy and had trapped Democrats on a test site in the New Mexico desert. George W. Bush’s nail-biting narrow reelection in 2004 and other GOP successes of the pre-Obama era are in some major way a product of this advantage.

As with the real atomic secrets, a monopoly on political A-bombs could not last. By 2008 the Obama team had pulled even with and then ahead of the Republicans in microtargeting and much else.

And, just as with military secrets, both sides try to conceal the details of their advantage from the other for as long as possible. A major lesson to be drawn from Victory Lab is that the conventional wisdom presented by the media to the public regarding who will vote in each election and how they will vote will be frequently and significantly wrong. There is no way to account for the newest targeting and turnout strategies being deployed, let alone which secrets used by each side may have the biggest impact.

One bit of hardened conventional wisdom since Donald Trump first announced he would seek the presidency in 2015 was that his behavior and statements about illegal immigrants and border security would do lasting harm to the willingness of Hispanic voters to support Republicans.

Florida exit polls showed nearly half of the state’s Hispanic/Latino voters supporting Trump in 2020, including 30 percent of Puerto Ricans. Trump dramatically boosted his tally from heavily Hispanic Miami-Dade County by almost 200,000 votes over 2016, while Biden received 11,000 fewer Miami-Dade votes than did Clinton.

And the most stunning development of 2020 took place at Ground Zero for what was supposed to be Trump’s biggest liability: the much-maligned border along the Rio Grande Valley in Texas. According to a report in Politico, Hillary Clinton carried three “deep-blue” congressional districts along the Mexican border by margins of 17 to 22 points in 2016. But in 2020, Joe Biden held them by what Politico noted was “just a few points” after “the largest rightward swings of any Texas congressional districts.”

Do those results from Florida and Texas hint that the Republicans may have engineered a new voter targeting/messaging superweapon that wins them Hispanic/Latino support? One that might allow them to blast a devasting hole in one of the most important support bases for the Democratic left?

The subtitle of Victory Lab is “the secret science of winning campaigns.”

It wouldn’t be a “secret” if we had the answer to the mystery in the Rio Grande Valley.